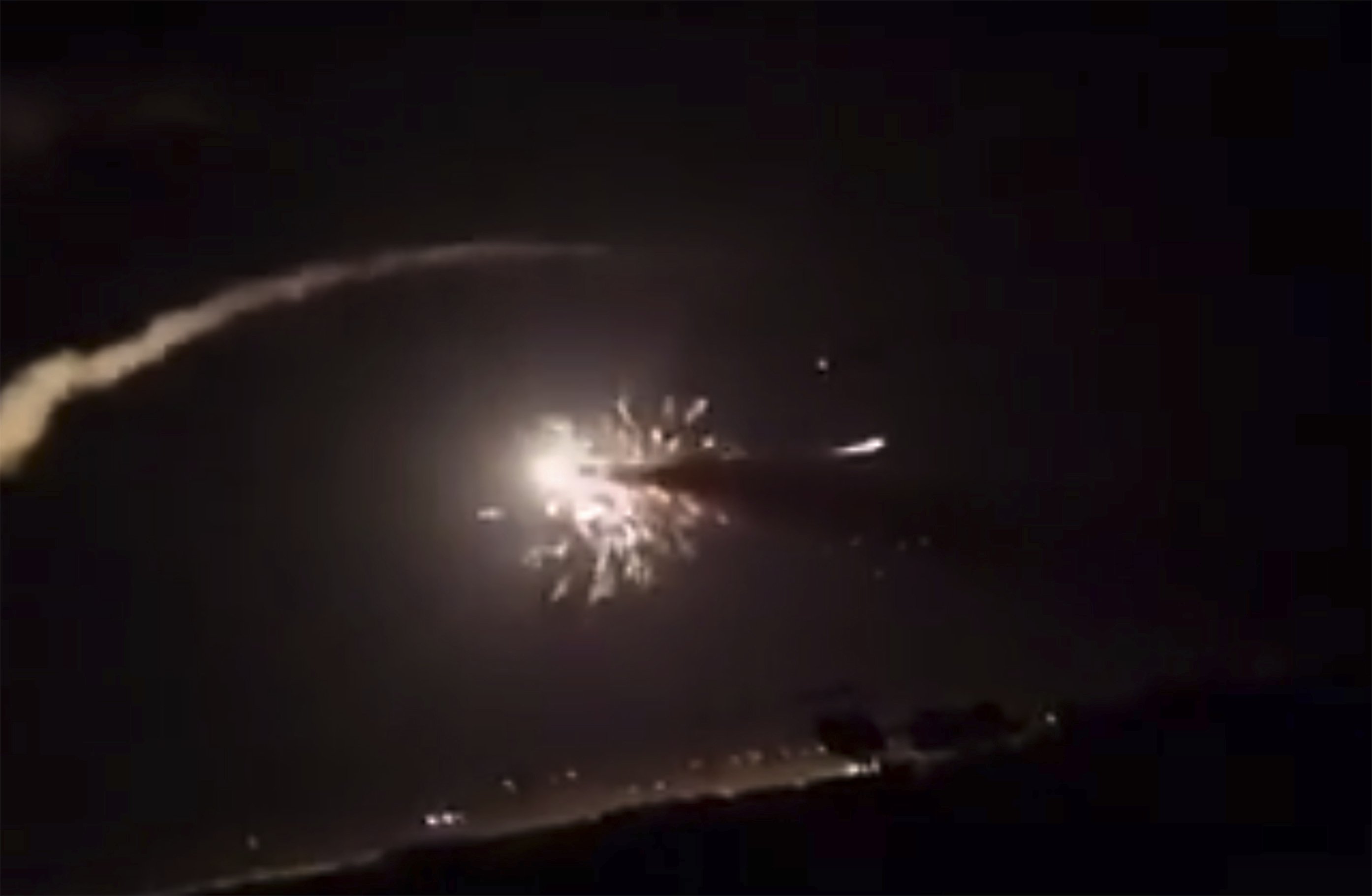 BEIRUT — The Russian military on Wednesday criticized an alleged Israeli airstrike near the Syrian capital, saying it has endangered civilian flights.

Russian Defense Ministry spokesman Maj. Gen. Igor Konashenkov said that six Israeli F-16 jets launched the “provocative” raid at the moment when two civilian airliners were preparing to land in Damascus and Beirut, creating a “direct threat” to the aircraft.

Konashenkov said the Syrian military didn’t fully engage its air defense assets to avoid accidentally hitting the passenger jets. He added that Syrian air traffic controllers redirected the Damascus-bound plane to the Russian air base in Hemeimeem in Syria’s coastal province of Latakia.

It wasn’t clear if the Syrian military used any of the advanced S-300 air defense missile systems that Russia delivered in October to beef up its air defenses. The move followed the Sept. 17 downing of a Russian reconnaissance plane by Syrian forces responding to an Israeli air raid, an incident that strained previously warm ties between Russia and Israel.

The Syrian Foreign Ministry in a statement Wednesday accused Israel of exacerbating the crisis in the country and standing in the way of the government’s war on terrorism.

In messages sent out to the U.N. secretary-general and the president of the U.N. Security Council, the ministry said that the Israeli airstrike wouldn’t have been launched if it wasn’t for what it called “unlimited” U.S. support for Israel.

Israel has carried out dozens of airstrikes in Syria, most of them believed to have been aimed at Iranian arms shipments to the Hezbollah militant group. Both Iran and Hezbollah have been fighting alongside the forces of Syrian President Bashar Assad.

Israeli Prime Minister Benjamin Netanyahu has repeatedly warned that he will not allow archenemy Iran to establish a permanent military presence in postwar Syria.

Speaking at a military ceremony Wednesday, Netanyahu did not directly mention the alleged airstrike. But he repeated his position that he will not allow archenemy Iran to establish a permanent military presence in Syria, and said Israel’s air force has unmatched capabilities and can reach arenas “near and far, very far.”

“We are not prepared to accept the Iranian military entrenchment in Syria, which is directed against us. We will act against it vigorously and continuously, including during the current period,” he told a graduation ceremony of new air force pilots.

He said President Donald Trump’s decision to pull U.S. forces out of Syria “will not change our policy.”