Father of dead Guatemalan boy heard rumors they could cross 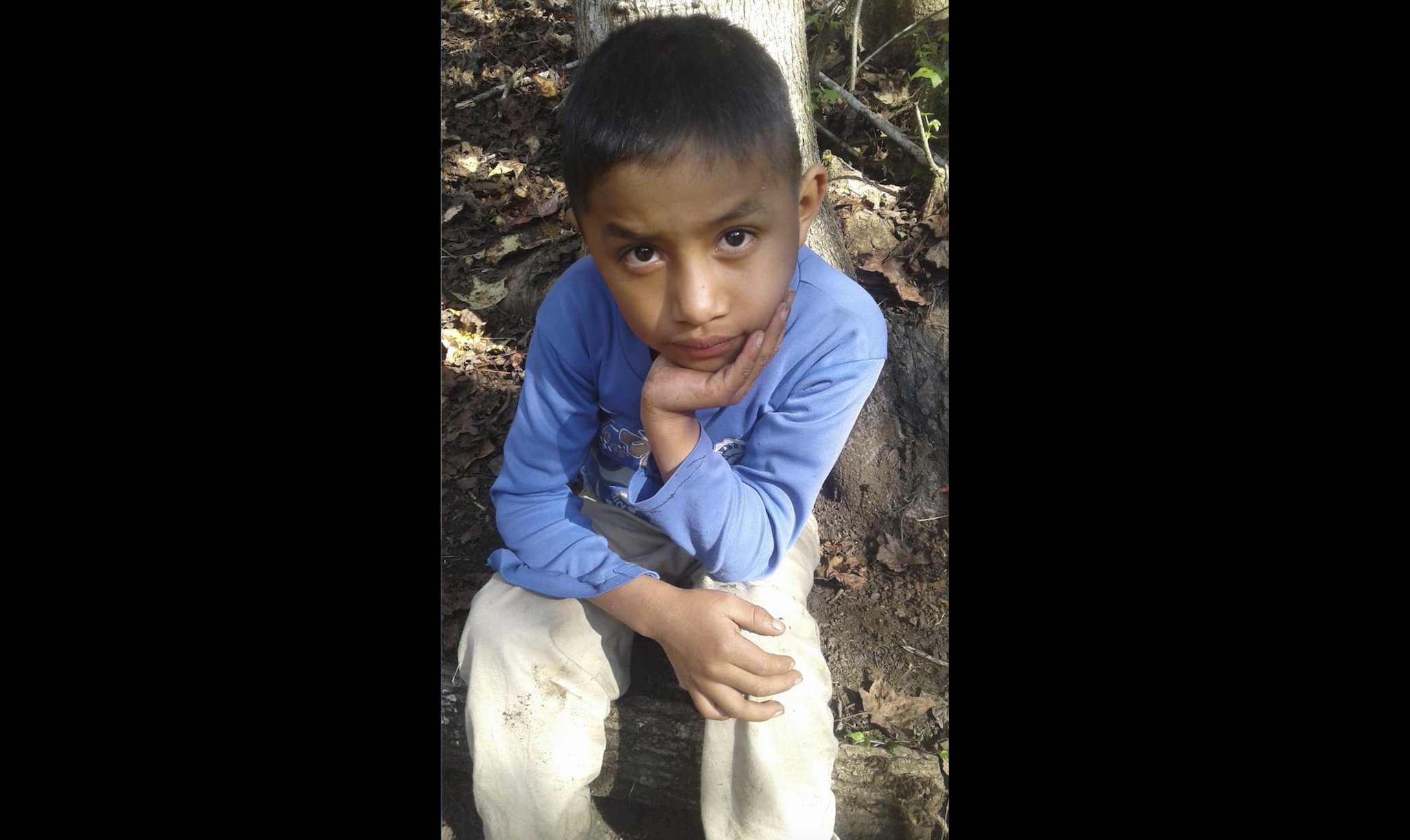 GUATEMALA CITY — The father of an 8-year-old Guatemalan boy who died in U.S. custody took his son to the border after hearing rumors that parents and their children would be allowed to migrate to the United States and escape the poverty in their homeland, the boy’s stepsister told The Associated Press.

Felipe Gomez Alonzo died Monday at a New Mexico hospital after suffering coughing, vomiting and fever, authorities said. It was the second such death this month. Another Guatemalan child, 7-year-old Jakelin Caal, died in U.S. custody on Dec. 8. Both deaths are under investigation.

“We heard rumors that they could pass (into the United States). They said they could pass with the children,” said Catarina Gomez Lucas, the boy’s 21-year-old stepsister, explaining why Felipe and his father, Agustin Gomez, made the dangerous journey.

Gomez Lucas would not say who spread the rumors or who transported the father and son to the border from Yalambojoch in Huehuetenango province, a poor community of returnees from Mexico who had fled Guatemala in the bloodiest years of that country’s 1960-1996 civil war. The stepsister spoke to the AP on Wednesday by telephone from Yalambojoch.

The boy’s death came during an ongoing dispute over border security and with the U.S. government partially shut down over President Donald Trump’s insistence on funding for a longer border wall.

After hearing the rumors, Agustin Gomez thought he should take advantage of “the opportunity” to fulfill his son’s dreams. He grabbed a few changes of clothing, bought the boy new shoes and left with what money he had, Gomez Lucas said.

Felipe “always wanted a bicycle,” and in the U.S. he wouldn’t have to endure the poverty and lack of opportunity in Guatemala, she said.

Felipe’s mother, 31-year-old Catarina Alonzo Perez, said she spoke with her son the day before they arrived at the U.S. border.

“He wasn’t sick on the way; he wasn’t sick here,” she said through her stepdaughter in the Mayan language known as Chuj.

Both Felipe and Jakelin came from rural communities in Guatemala with extreme poverty. Both were taken to the border by their parents and detained by the U.S. Border Patrol before they fell ill.

It appears Felipe got sick after authorities moved him from El Paso to Alamogordo, New Mexico, because of overcrowding.

“He was very happy to leave” on the voyage, said Gomez Lucas, so the family doesn’t understand what happened to his health.

She said the family stopped hearing from Felipe’s father on Dec. 18, when he and the boy were detained. On Dec. 25, he called to say the boy had died in a hospital.

“He told us that (Felipe) was fine all day, that he was playing with other children. But then he said he felt bad and his stomach ached,” the stepsister said.

Felipe told his father he didn’t know what was wrong with him and that it felt like something was stuck in his throat, Gomez Lucas said.

The father said Felipe asked him not to cry because he “was not going to get better,” according to the boy’s stepsister.

Felipe was taken to a hospital, and the father said he gave him to doctors, who soon informed him his son had died.

U.S. Customs and Border Protection said the boy displayed signs of illness Monday and was taken with his father to the hospital, where he was diagnosed with a cold and a fever and prescribed amoxicillin and ibuprofen. He was released that afternoon but returned to the hospital in the evening with nausea and vomiting and died there just after midnight, CBP said.

After the two deaths, the government announced that it would conduct additional medical screening for children and consider other changes.

Agustin Gomez was drowning in debt, Gomez Lucas said. He sold a piece of land to survive, but the money was not enough, so he decided to take out a loan and travel to the United States.

Felipe is survived by five siblings, two from his father’s first marriage and three from his stepmother and father.

The boy lived with his father’s family in a small wooden house with earthen floors. It lacked access to basic services. Gomez Lucas said Felipe’s father earned about $6 a day through temporary farm jobs or harvesting coffee, which was not enough to support the family.

As with Jakelin’s family, Felipe’s relatives now must deal with the death of a child, a debt and their continued worry about the fate of Agustin Gomez.

Oscar Padilla, the Guatemalan consul in Phoenix, confirmed that the father is still detained by the Border Patrol.

“My father is suffering because of the boy. We do not know what will happen. We have nothing to live with. We do not have money,” Gomez Lucas said.