Brazil’s Bolsonaro to take power amid high hopes and fears 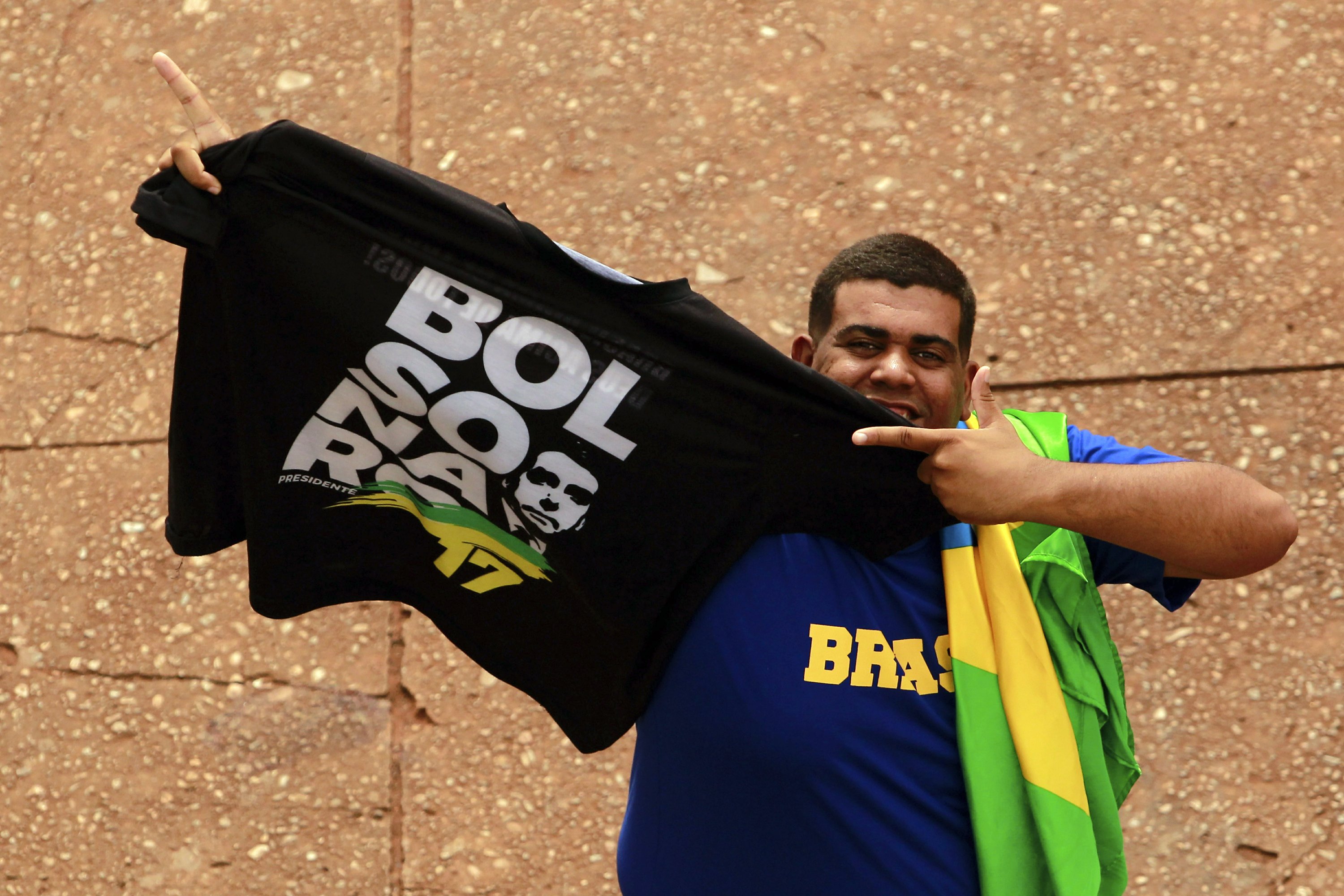 SAO PAULO — Once an outsider mocked by fellow lawmakers for his far-right positions, constant use of expletives and even casual dressing, former army captain Jair Bolsonaro is taking office as Brazil’s president Tuesday.

A fan of U.S. President Donald Trump, the 63-year-old longtime congressman rose to power on an anti-corruption and pro-gun agenda that has energized Brazilian conservatives and hard-right supporters after four consecutive presidential election wins by the left-leaning Workers’ Party.

Bolsonaro is the latest of several far-right leaders around the world who have come to power by riding waves of anger at the establishment and promises to ditch the status quo.

“I will cry” upon seeing Bolsonaro inaugurated, said Paulo de Sousa, a teacher from Rio de Janeiro who traveled to the capital of Brasilia for the ceremony. “It will be a wonderful year. We have to help our president to achieve that. There will be jobs, health and peace.”

Brasilia will be under tight security, with 3,000 police patrolling the event. Military tanks, fighter jets and even anti-aircraft missiles will also be deployed.

The increased security came at Bolsonaro’s request. His intestine was pierced when a knife-wielding man stabbed him at a campaign rally in September, and he has to wear a colostomy bag. His sons, politicians themselves, insist their father could be targeted by radicals, but security officials have not spoken of threats.

Bolsonaro has done little moderating since being elected in October, with progressives and liberals decrying stances that they say are anti-homosexual, sexist and racist.

The incoming president, who spent nearly three decades in Congress, has also drawn international criticism for his plans to roll back regulations in the Amazon and his disinterest in social programs in a country that is one of the world’s most unequal in terms of income.

On the economic front, where Bolsonaro will ultimately lead Latin America’s largest economy is unknown, as during the campaign he reversed course from previous statist stances with pledges to lead market-friendly reforms. He also promised to overhaul Brazil’s pension system and privatize several state-owned companies, which has given him wide support among financial players.

Bolsonaro says he will prioritize the fight against crime in a nation that has long led the world in annual homicides. More than 63,000 people were killed last year. Human rights groups fear his defense of police violence could shield officers from investigations of misconduct and lead to more extrajudicial killings.

The most notable foreign leaders planning to attend the inauguration are also associated with far-right movements: Israeli Prime Minister Benjamin Netanyahu and Hungarian Prime Minister Viktor Orban. Leftist Presidents Nicolas Maduro of Venezuela and Daniel Ortega of Nicaragua, deemed dictators by Bolsonaro, were uninvited by Bolsonaro’s team after the foreign ministry sent them invitations. The United States will be represented by Secretary of State Mike Pompeo.

Seven of Bolsonaro’s 22 Cabinet ministers are former military personnel, more than in any administration during Brazil’s 1964-1985 dictatorship. That has sparked fears among his adversaries of a return to autocratic rule, but Bolsonaro insists he will respect the country’s constitution. Bolsonaro’s vice president is a retired general, Hamilton Mourao.

Bolsonaro’s Liberal and Social Party will have 52 seats in Brazil’s 513-member lower house, the second largest bloc behind the Workers’ Party.

“The obstacles are formidable, including in the business community. In some cases, necessary reform will clash with the business interests and incomes of large numbers of lawmakers,” Shifter said.