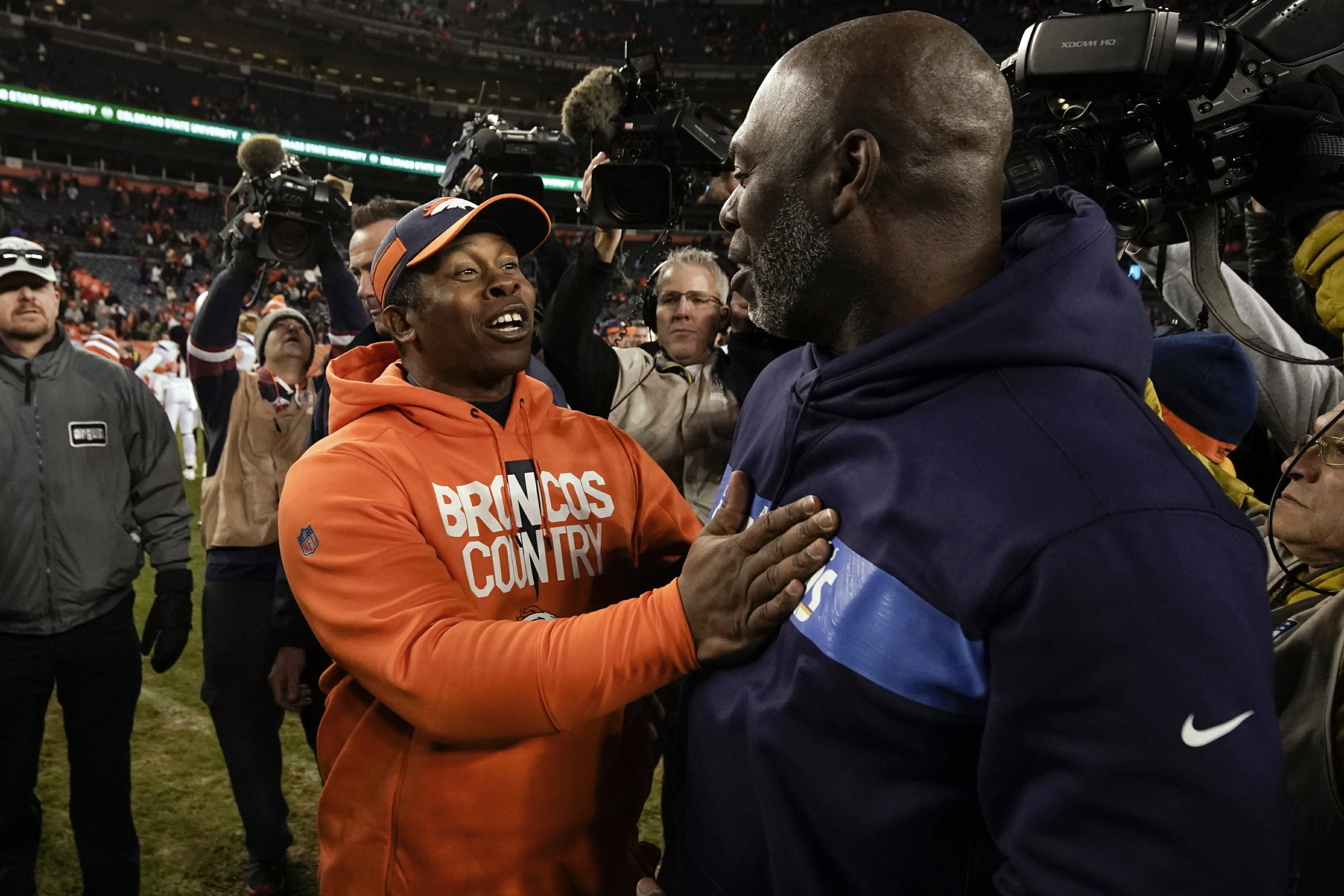 ENGLEWOOD, Colo. — Vance Joseph was fired as coach of the Denver Broncos on Monday after back-to-back double-digit losing seasons.

Joseph met with general manager John Elway after completing a 6-10 season and was dismissed with two years and about $6 million left on his contract.

“I spoke with Vance this morning and thanked him for all of his hard work as our head coach. Although we decided to make this change, I believe Vance is a good football coach who has a bright future in this league,” Elway said in a statement ahead of his news conference scheduled for later Monday.

“Vance made a lot of strides and deserves credit for how hard and competitively the team played this season. There’s always going to be a high standard here — the bottom line is we need to win more football games. We’re excited about the foundation that’s being built and look forward to putting in the work to get the Broncos back on the winning track.”

Despite that foundation, the Broncos’ job isn’t what it was just two years ago when Joseph replaced Gary Kubiak, who stepped down a year after leading Denver to the Super Bowl 50 championship.

The Broncos are now mired in a three-year playoff drought. There’s a family feud as the Bowlens publicly haggle over the future of the franchise. Joseph never was fully empowered to run the football team as Elway dictated many of the assistants that were hired. And the team hasn’t had a title sponsor on its stadium for several seasons.

Joseph, who’s expected to be a candidate for the Cincinnati Bengals’ job that opened Monday with the firing of longtime coach Marvin Lewis, thanked the Broncos for giving him his first NFL head coaching job.

“It’s disappointing not being able to finish what we started, but I’m incredibly proud of the players and coaches for how they fought and worked every week,” Joseph said in a statement. “I also appreciate the support staffs who put in countless hours behind the scenes helping our team. This is a special place with great fans. Holly and I, along with our entire family, truly enjoyed being part of this community and wish the Broncos all the best.”

Joseph acknowledged after the Broncos’ 23-9 loss to the Los Angeles Chargers on Sunday in which there were more than 12,000 no-shows at Mile High Stadium that an 11-21 record wasn’t good enough by Broncos standards.

Still, he said, “I think we’ve put a lot of work in. There’s a foundation that’s been laid here that should pay off in the future.” Joseph said he wanted to “come back and make this thing right.”

Several players, including star Von Miller, said they wanted Joseph to return for a third season. Instead, Elway decided to embark on a search for his fourth head coach in six seasons.

Team president and CEO Joe Ellis also thanked Joseph and said the team was headed in the right direction.

“While we’ve made progress, we still have a lot more work to do and need to get better in all areas,” Ellis said in his statement. “In talking with John, I believe we’re headed in the right direction and am confident in him leading our coaching search. John has my full support in making whatever changes are necessary to improve our team.”