House Democrats have plan to fund government, but not a wall 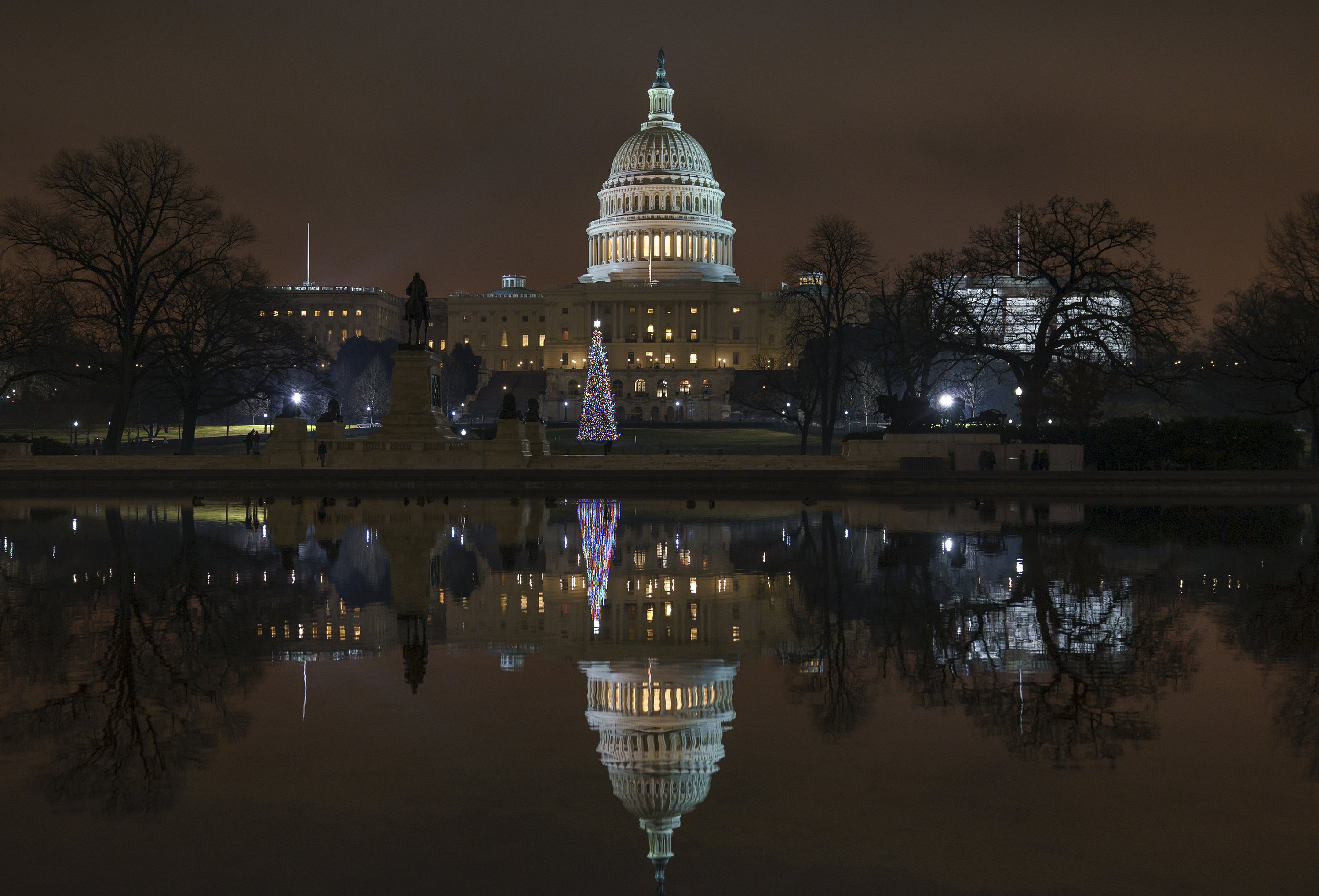 WASHINGTON — A week and a half into a partial government shutdown, House Democrats released their plan to re-open the government without approving money for President Donald Trump’s border wall. At the same time, the president struggled to find leverage to break the stalemate before the GOP’s monopoly on Washington power ended.

Democrats in the House unveiled two bills Monday to fund shuttered government agencies and put hundreds of thousands of federal workers back on the job. They planned to pass them as soon as the new Congress convened Thursday, one of the first acts after Democrats took control, according to an aide who was not authorized to discuss the plan and spoke on condition of anonymity.

Whether the Republican-led Senate, under Majority Leader Mitch McConnell, would consider the bills — or if Trump would sign either into law — was unclear. McConnell spokesman Donald Stewart said Senate Republicans would not take action without Trump’s backing.

“It’s simple: The Senate is not going to send something to the president that he won’t sign,” Stewart said.

Even if only symbolic, the passage of the bills in the House would put fresh pressure on the president. At the same time, administration officials said Trump was in no rush for a resolution to the impasse.

After early threats to shut down government over the wall, Trump now believes he’s public opinion on his side and, at very least, his base of supporters behind him, the officials said, speaking on the condition of anonymity because they were not authorized to speak publicly.

Trump spent the weekend saying that Democrats should return to Washington to negotiate, firing off Twitter taunts. He then revised his aides’ comments to state that he really still wants to build a border wall.

“An all concrete Wall was NEVER ABANDONED,” Trump tweeted Monday. “Some areas will be all concrete but the experts at Border Patrol prefer a Wall that is see through (thereby making it possible to see what is happening on both sides).”

Later Monday, Trump tweeted, “The Democrats will probably submit a Bill, being cute as always, which gives everything away but gives NOTHING to Border Security, namely the Wall.”

Trump told Fox News Channel in an interview Monday that he was “ready, willing and able” to negotiate. He added: “No, we are not giving up. We have to have border security and the wall is a big part of border security.”

White House officials, including his departing chief of staff, had indicated that Trump’s signature campaign pledge to build the wall would not be fulfilled as advertised. Chief of staff John Kelly told the Los Angeles Times in an interview published Sunday that Trump abandoned the notion of “a solid concrete wall early on in the administration.”

The Democratic package to end the shutdown would include one bill to temporarily fund the Department of Homeland Security at current levels, with $1.3 billion for border security — far less than $5 billion Trump has said he wants for the wall — through Feb. 8 as talks continued.

It would also include another measure made up of six other bipartisan bills — some that have already passed the Senate — to fund the departments of Agriculture, Interior, Housing and Urban Development and others closed by the partial shutdown. It would provide money through the remainder of the fiscal year, to Sept. 30.

Democrats under House leader Nancy Pelosi were all but certain to swiftly approve the package in two separate votes Thursday. They would take place after the election of a new House speaker, a contest Pelosi was expected to win as leader of the new House majority.

The White House did not respond to multiple requests for comment on the House proposal. Republican senators left for the holidays refusing to vote on any bills until all sides, including Trump, were in agreement. The lawmakers were frustrated that Trump had dismissed their earlier legislation.

The president has not said he would veto the Democratic legislation, if the bills were to land on his desk. But the idea of clouding Pelosi’s speakership only emboldened Trump, the officials said. A prolonged crisis could hobble House Democrats’ ability to launch their agenda, which included investigations of the president and oversight of his administration, including Russian interference in the election.

At least one Republican, South Carolina Sen. Lindsey Graham, encouraged Trump to use the budget impasse as an opportunity to address issues beyond the border wall. But a previous attempt to reach a compromise that addressed the status of “Dreamers” — young immigrants brought to the U.S. as children — broke down last year as a result of escalating White House demands. Graham said Trump was “open minded” about his proposal

The partial government shutdown began Dec. 22 after Trump bowed to conservative demands that he fight to make good on his vow and secure funding for the wall before Republicans lose control of the House on Wednesday. Democrats have remained committed to blocking any funding for the wall.

With neither side engaging in substantive negotiation, the effect of the partial shutdown was set to spread and to extend into the new year.

Trump tweeted Monday to Democrats to “come back from vacation now and give us the votes necessary for Border Security, including the Wall.”