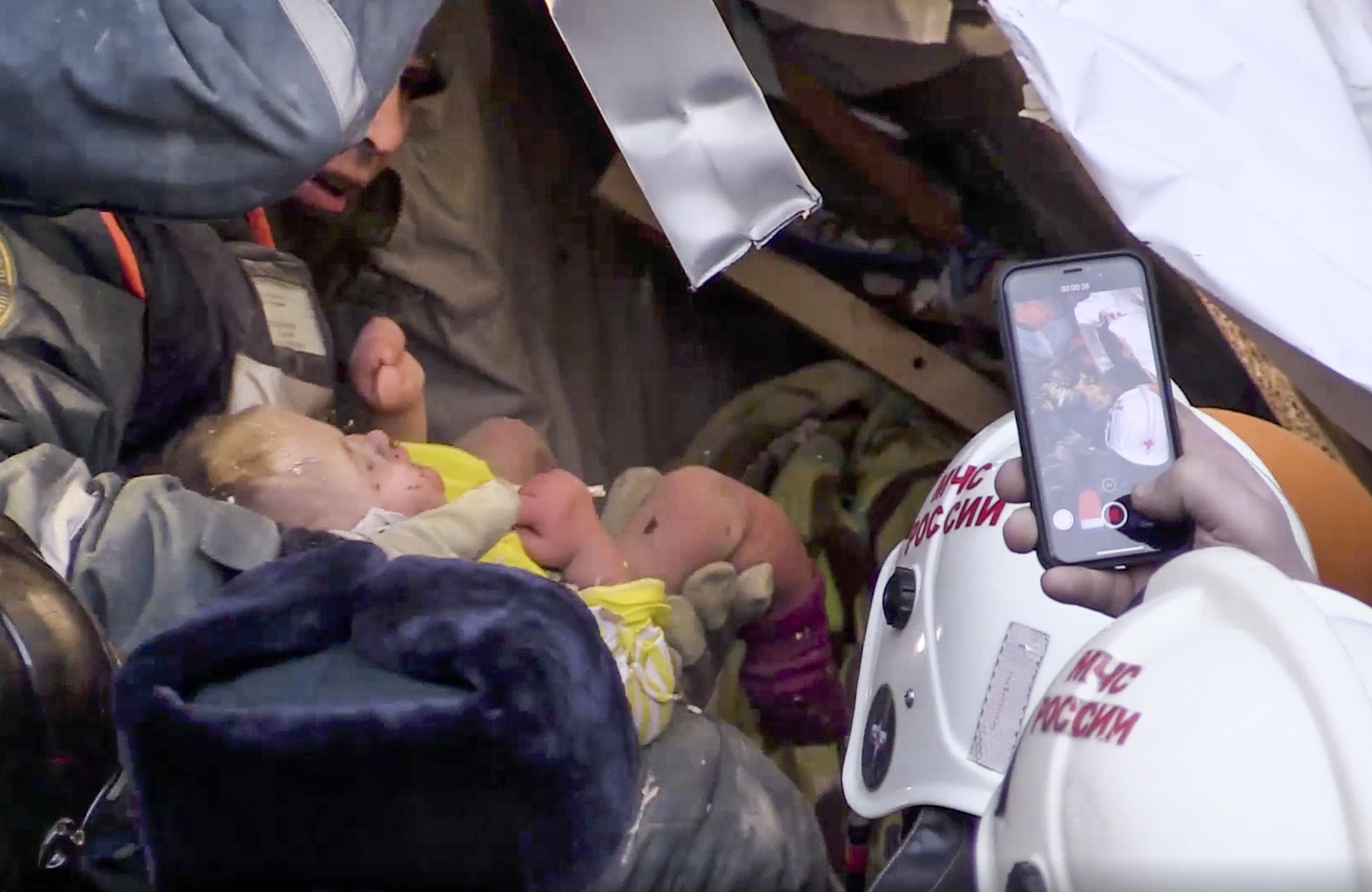 MOSCOW — Russian rescuers on Tuesday pulled an infant boy alive from the rubble of an apartment building, some 35 hours after a collapse that killed at least seven people and left dozens missing.

They found the baby after hearing cries amid the debris. A section of the 10-story building in the city of Magnitogorsk collapsed on Monday following an explosion believed to have been triggered by a natural gas leak.

The child, who officials initially said was a girl, was seriously injured and his recovery prospects were unclear.

The boy’s mother survived the collapse and went to a local hospital to identify him, state news agency Tass reported, citing the regional emergencies ministry. The child will be evacuated to Moscow by airplane for further treatment, Tass said.

The regional emergency ministry said earlier Tuesday that 37 residents of the building had not been accounted for. Hopes of finding survivors were dimmed by the harsh cold: Temperatures overnight were around minus 18 Celsius (0 Fahrenheit).

“The child was saved because it was in a crib and wrapped warmly,” regional governor Boris Dubrovsky was quoted as saying by the Interfax news agency.

Rescue crews had temporarily halted their search while workers tried to remove or stabilize sections of the building in danger of collapse.

Five people were hospitalized with injuries from the collapse in the city about 1,400 kilometers (870 miles) southeast of Moscow, the emergency ministry said.

In a separate holiday period disaster, seven people including a couple and their three children died in a house fire in in the town of Orsk, about 1500 kilometers (900 miles) southeast of Moscow, the Interfax news agency said. The fire early Tuesday is believed to have been caused by an electrical short-circuit, the report said.

This story has been corrected to give gender of the baby as male following new information from officials.