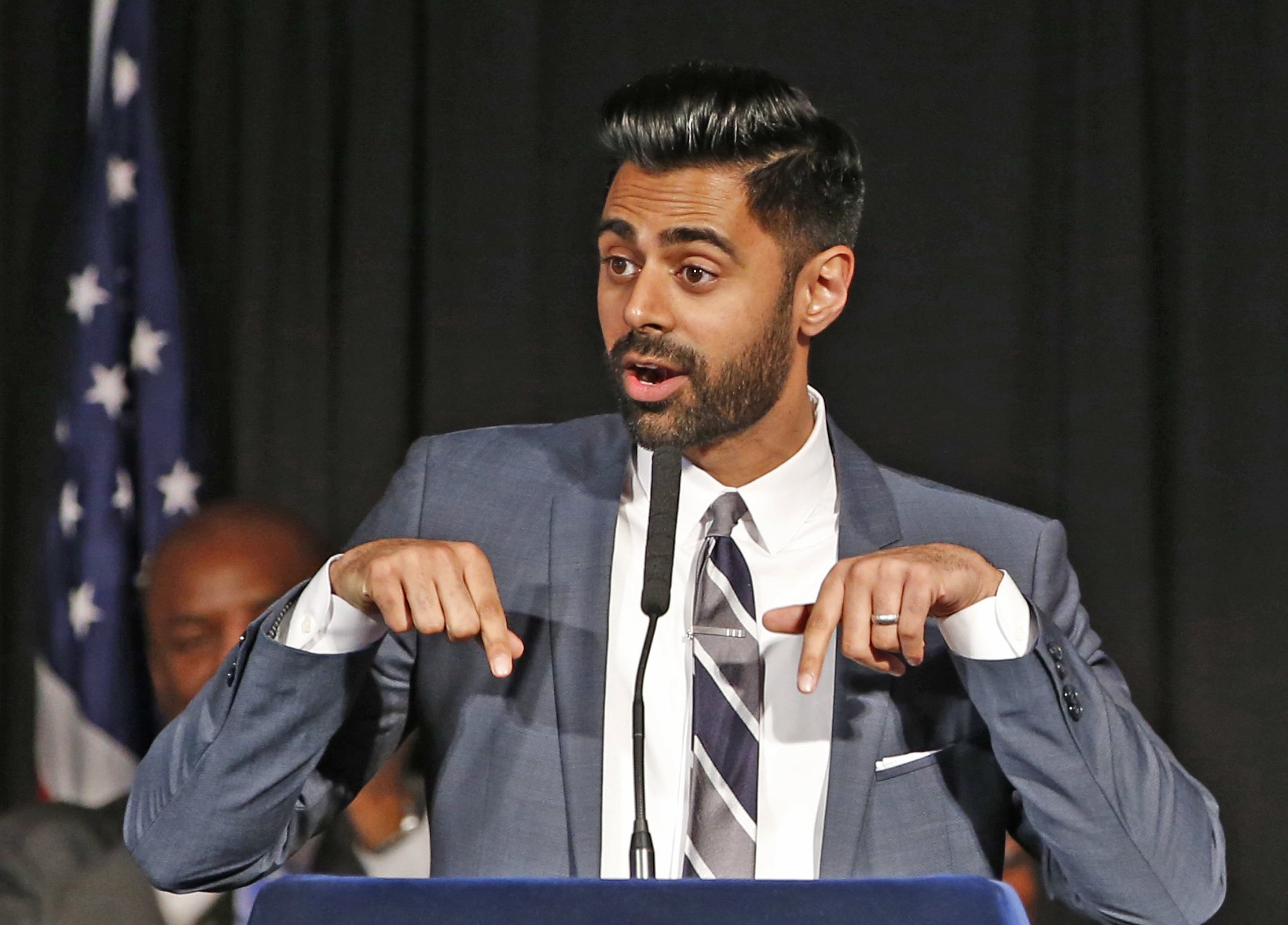 The American comedian used his second episode, released on Oct. 28, to lambaste Crown Prince Mohammed bin Salman over the killing of writer Jamal Khashoggi and the Saudi-led coalition at war in Yemen.

Minhaj said the crown prince was being hailed as the reformer the Arab world needed until Khashoggi’s killing.

“But the revelations about Khashoggi’s killing have shattered that image and it blows my mind that it took the killing of a Washington Post journalist for everyone to go: ‘Oh I guess he’s not really a reformer,’” he added. Khashoggi wrote critically of the crown prince in columns for the newspaper.

Khashoggi was killed and dismembered by Saudi agents inside the Saudi consulate in Istanbul last year. The U.S. Senate has said it believes the crown prince is responsible for the grisly killing, despite insistence by the kingdom that he had no knowledge of the operation.

The Saudi-led coalition’s airstrikes in Yemen have also come under intense scrutiny since Khashoggi’s killing. The war, which began in March 2015, has killed thousands of civilians and pushed millions to the brink of famine.

The Financial Times first reported that Netflix yanked the episode from streaming in Saudi Arabia last week after the government’s Communications and Information Technology Commission informed the internet streaming service that its content violated cyber-crime laws in the kingdom. The FT says the episode can still be seen on YouTube in Saudi Arabia.

Netflix told the FT it strongly supports artistic freedom worldwide and only removed the episode after it received a legal request and to comply with local law.

Officials at the Communications and Information Technology Commission could not be immediately reached for comment.

“By bowing to the Saudi Arabian authorities’ demands, Netflix is in danger of facilitating the kingdom’s zero-tolerance policy on freedom of expression and assisting the authorities in denying people’s right to freely access information,” said Samah Hadid at Amnesty International.

Netflix did not immediately respond to an Associated Press request for comment.

The Saudi cyber-crime law states that “production, preparation, transmission, or storage of material impinging on public order, religious values, public morals, and privacy, through the information network or computers” is a crime punishable by up to five years in prison and a fine, according to rights group Amnesty International.

Saudi prosecutors have used the broadly worded law to imprison rights activists, poets and others who’ve expressed views deemed critical of the government or its policies on social media.

Since Prince Mohammed was named heir to the throne in mid-2017, dozens of writers, activists and moderate clerics have been jailed.

Among those detained since May of last year are women’s rights activists who had long pushed for more freedoms, including the right to drive before it became legal in June. Several people with knowledge of their arrest have told The Associated Press that some of the women detained have been subjected to caning, electrocution and others were also sexually assaulted.