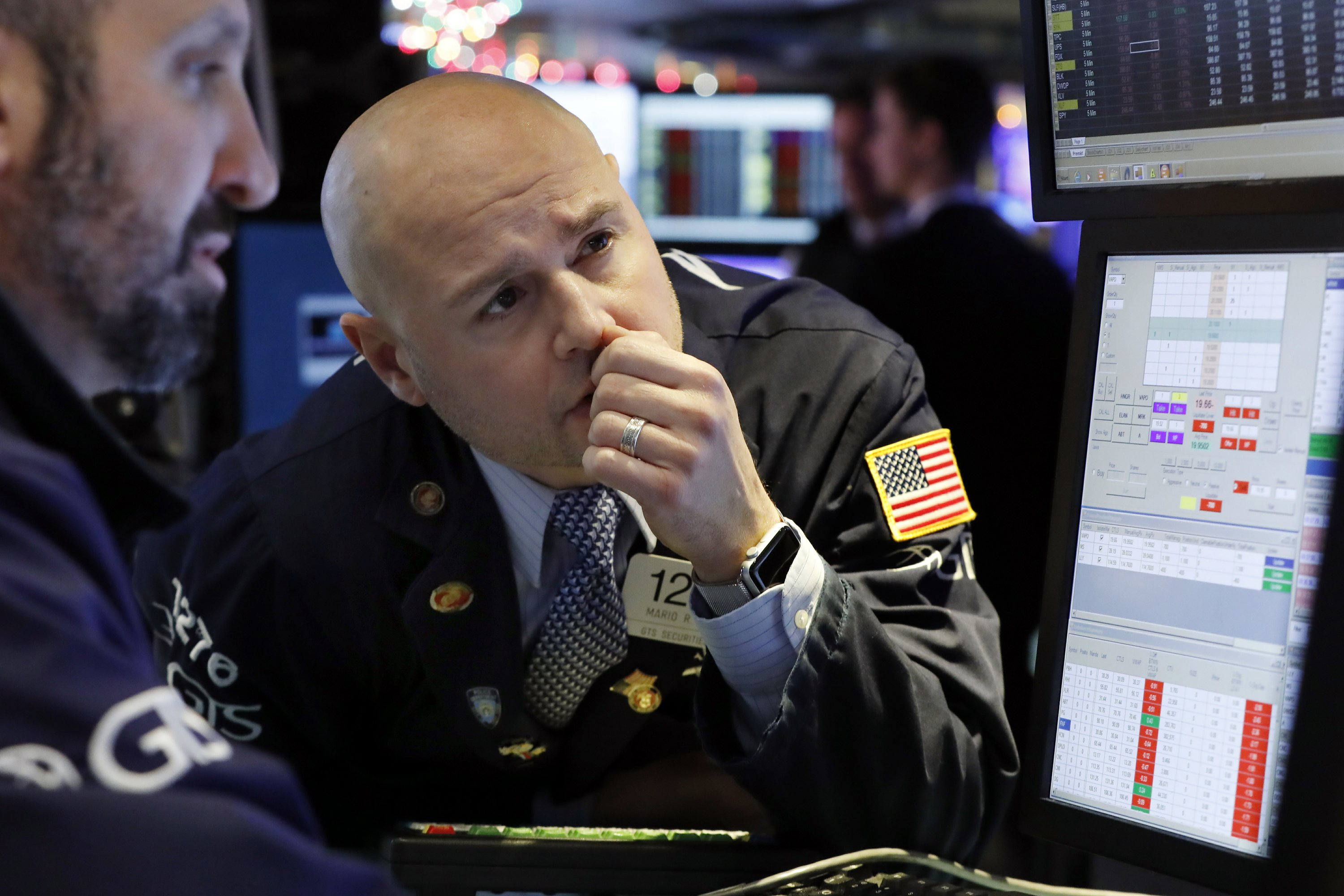 NEW YORK — Stocks went into a steep slide Thursday morning after Apple reported a slowdown in iPhone sales over the holidays in China, a hugely important market for the company.

The rare warning of disappointing results from Apple sent a shudder through markets and reinforced fears among investors that the world’s second-largest economy is weakening.

The Dow Jones Industrial Average fell more than 600 points about an hour into trading. The broader S&P 500 index was down 2.4 percent.

Some of the worst drops were at chipmakers that make components used in smartphones and other gadgets. The U.S.-China trade dispute, nearly a year old, threatens to snarl their supply lines and reduce demand for their products.

The losses deepened after a survey of U.S. manufacturers also showed signs of weakness.

In a letter to shareholders Wednesday, Apple CEO Tim Cook said iPhone demand is waning in China and would hurt revenue for the October-December quarter. Cook said Apple expects revenue of $84 billion for the quarter. That’s $7 billion less than analysts expected.

“For a while now there’s been an adage in the markets that as long as Apple was doing fine, everyone else would be OK,” said Neil Wilson, chief markets analyst at Markets.com. “Therefore, Apple’s rare profit warning is a red flag for market watchers. The question is to what extent this is more Apple-specific?”

Apple’s warning couldn’t have come at a worse time for stocks given the wipeout in late 2018. Many global indexes posted their worst year in a decade amid concerns about the global economy and the prospect of further U.S. interest rate increases.

A weak report Thursday on U.S. manufacturing also weighed on the market. The Institute for Supply Management said its index of manufacturing fell to its lowest level in two years, and new orders have fallen sharply since November. Manufacturing is still growing, but at a slower pace than it has recently.

U.S. government bond prices, gold and high-dividend stocks like utilities all rose as investors looked for safer places to put their money.

Apple stock has slumped 38 percent since early October amid fears of a slowdown in China. The company also recently announced that it would stop disclosing how many iPhones it sold each quarter, a move many investors suspected was an attempt to hid disappointing news.

Companies that make heavy machinery such as construction equipment are facing less demand as China’s economy, the largest in the world after the U.S., loses strength. They are also dealing with higher costs for metals as a result of import taxes.

Bonds prices jumped. The yield on the 10-year Treasury note fell to 2.58 percent from 2.66 percent late Wednesday, a large move.

Oil prices were little changed. U.S. crude stayed at $46.52 a barrel in New York and Brent crude rose 0.4 percent to $55.13 a barrel in London. Oil prices have nosedived almost 40 percent since early October, and investors’ fears about falling demand in China and elsewhere were a key reason for the decline.

Some experts believe that the market volatility could eventually lead to changes in the policies that are worrying investors. The Federal Reserve, for example, could slow the pace of its interest rate increases if markets continue to drop. And President Donald Trump could become more open to settling the trade dispute with China.

“It is a well-known fact that Trump perceives the markets as a true barometer of his presidency,” said Piotr Matys, a strategist at Rabobank International.