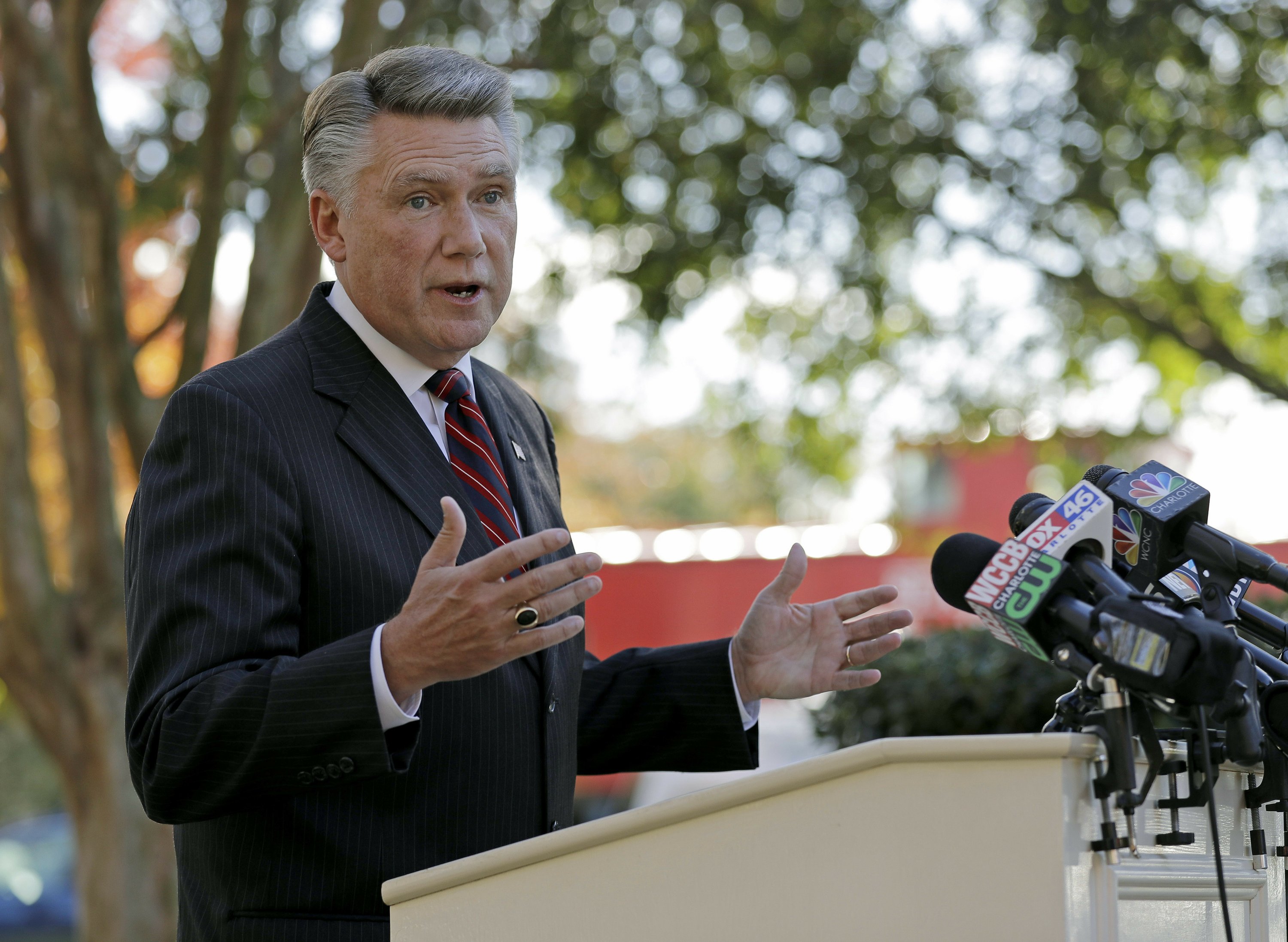 RALEIGH, N.C. — The Republican in the nation’s last undecided congressional race asked a North Carolina court Thursday to require that he be declared the winner because the now-defunct state elections board didn’t act.

A lawsuit by GOP candidate Mark Harris claims the disbanded elections board had been declared unconstitutional, so its investigation into alleged ballot fraud by an operative hired by the Republican’s campaign was invalid.

The elections board was dissolved Dec. 28 by state judges who in October declared its makeup unconstitutional but had allowed investigations to continue. A revamped board doesn’t officially come into existence until Jan. 31.

“Time is of the essence,” Harris’ lawsuit states. Because the new elections board won’t be created for weeks, “the uniform finality of a federal election is endangered by the State Board’s actions and the citizens of the 9th District have no representation in Congress.”

State elections staffers on Wednesday said a planned Jan. 11 evidentiary hearing to outline what investigators have found since November’s election had to be postponed due to the lack of a board authorized to subpoena witnesses and hold hearings.

The investigation is continuing, however, with Harris being interviewed for two hours Thursday as all other U.S. House winners were sworn into office in Washington.

“We certainly want to help in any way we can in with any investigation to get to the bottom of it, but we believe, again, that I should be certified,” Harris said. “We don’t believe that the number of ballots in question would change the outcome of this election and we believe, again, that that is the standard ultimately that the board of elections looks to.”

Harris narrowly led Democrat Dan McCready in unofficial vote counts, but the elections board refused to certify him as the winner amid an unusually large number of unused absentee ballots and a large advantage in absentees favoring the Republican in two of the 9th congressional district’s rural counties.

Witnesses signed sworn affidavits alleging that a political operative in rural Bladen County paid by Harris’ campaign collected incomplete and unsealed ballots from voters. It’s illegal for anyone other than a close relative or guardian to take a person’s ballot.

Democratic leaders in the U.S. House have said they won’t allow Harris to take office because of the ongoing investigation. The U.S. Constitution makes the House the judge and final arbiter of its members’ election contests.

Harris is asking a trial-court judge to order North Carolina’s hired elections director to certify the Republican as the winner. Evidence hasn’t surfaced justifying the delay, the lawsuit states.

The elections board in late November explained the delayed certification and subsequent investigation by citing a state law that allows it to take any “action necessary to assure that an election is determined without taint of fraud or corruption and without irregularities that may have changed the result of an election.”

Republicans were silent when the neighboring and Democrat-heavy 12th Congressional district remained vacant for 10 months in 2014. Former Republican Gov. Pat McCrory opted to wait until November of that year to hold the election to fill the seat Mel Watt resigned that January to become director of the Federal Housing Finance Agency. McCrory explained his decision as saving the $1 million that a special election would have cost.

Cooper sued, and courts determined the old formula was necessary to allow governors to fulfill their duty to make sure election laws, like other laws, are faithfully executed.

The Legislature last week approved a new law authorizing what will become a three-Democrat, two-Republican elections board later this month. But a three-judge panel overseeing the dispute decided the same day that the board the jurists had allowed to stay in business to oversee the Harris case had delayed long enough and scrapped the body last Friday.