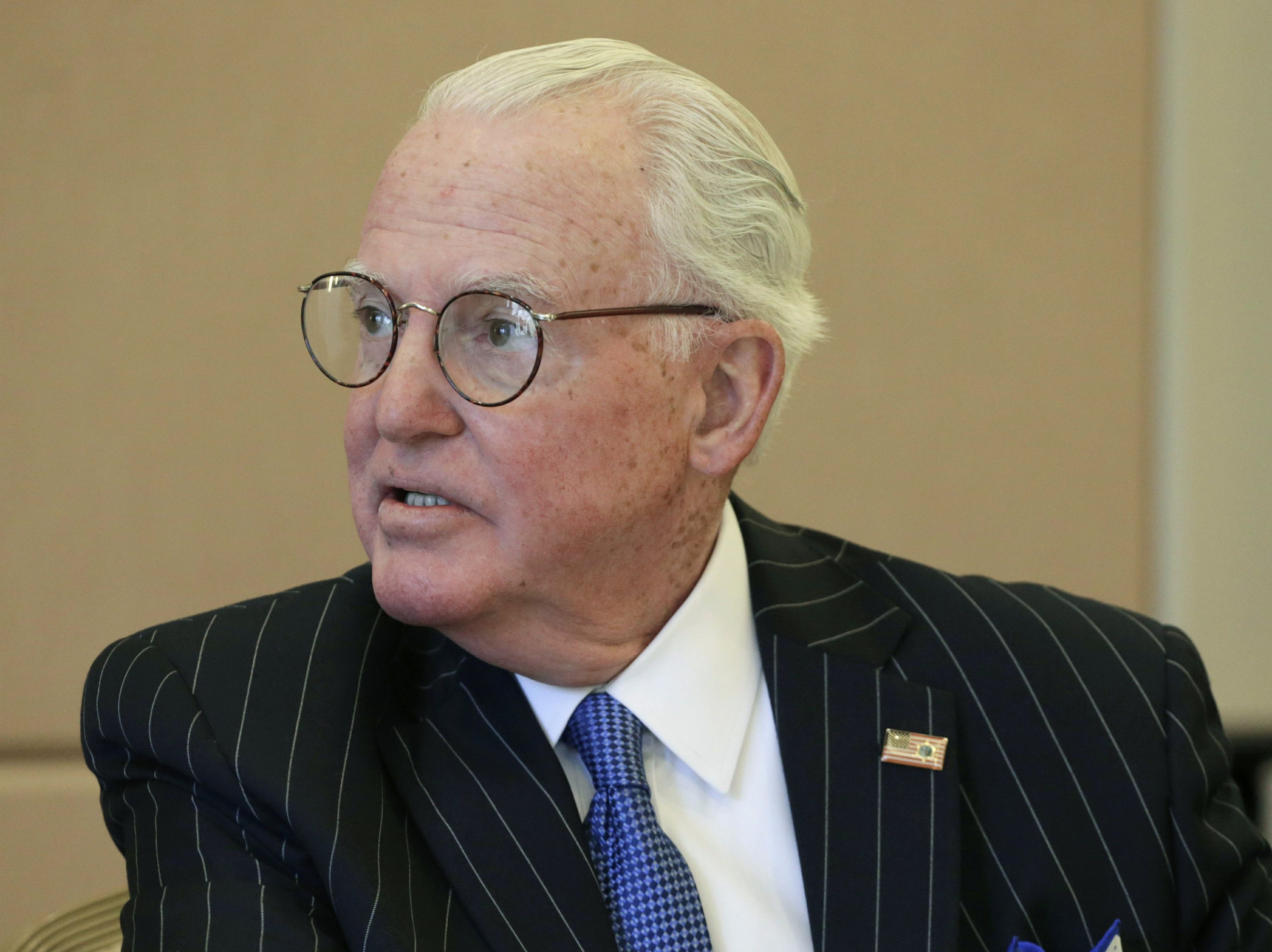 CHICAGO — One of the most powerful City Council members in Chicago was charged Thursday in federal court with trying to shake down a fast-food restaurant seeking city remodeling permits.

Alderman Ed Burke, 75, is charged with one count of attempted extortion for conveying to company executives in 2017 that they’d get the permits if they signed on as clients at Burke’s private property-tax law firm in Chicago, the 37-page complaint says. A conviction carries a maximum 20-year prison sentence.

The Democrat’s law firm, Klafter & Burke, represented the high-rise tower that bears President Donald Trump’s name. There’s no indication the case is at all tied to his firm’s work for Trump.

Burke is one of the last of the old Chicago machine politicians. He’s been on the council for 50 years and has chaired its finance committee for the last three decades.

Burke was scheduled to make an initial appearance later Thursday in U.S. District Court in Chicago. A message seeking comment left at his law office was not returned.

Burke said after FBI raids on his offices at City Hall and in his Southwest Side ward in November that he was sure agents wouldn’t find anything “amiss.”

The complaint, which does not identify the fast-food company or the executives allegedly squeezed, includes excerpts from wiretaps of Burke’s phone and emails seized in the raids.

When the executives didn’t give Burke’s law firm the business he wanted, Burke spoke with one of his ward employees about how they would “play hard” ball with the company, the complaint says.

Emails between the executives, who the complaint says are victims and not targets of the investigation, show how worried they were about the damage Burke could do to their enterprise.

“I know these guys are very powerful and they can make life very difficult for all of our Chicago stores and I do not want to take this risk,” one email said after Burke forced them to halt the renovations.

Another time, Burke also solicited a campaign donation for a different politician from one of the executives, which the executive later told investigators he had no choice to give, the complaint says.

U.S. Rep.-elect Jesus “Chuy” Garcia and other Burke critics in Chicago’s Hispanic community have drawn attention to that tax work in a bid to hurt Burke politically.

Burke’s wife, Anne Burke, is an Illinois Supreme Court justice. Ed Burke’s father was also influential in Democratic circles in Chicago until his death in the 1960s. Other Burke relatives also have been involved in Illinois politics.

Since the 1970s, nearly three dozen aldermen have been convicted. A common joke in Chicago is that so many aldermen had gone to prison that when they saw each other behind bars they’d holler, “Quorum call!”

Burke is associated by Chicagoans with insider benefits long accorded alderman. A city inspectors report in 2016 found snow removal crews plowed the street where he lived far more often than other streets after a 2015 snow storm. They worked his street 46 times in five days, the report said.