Sports betting will be no home run for state budgets 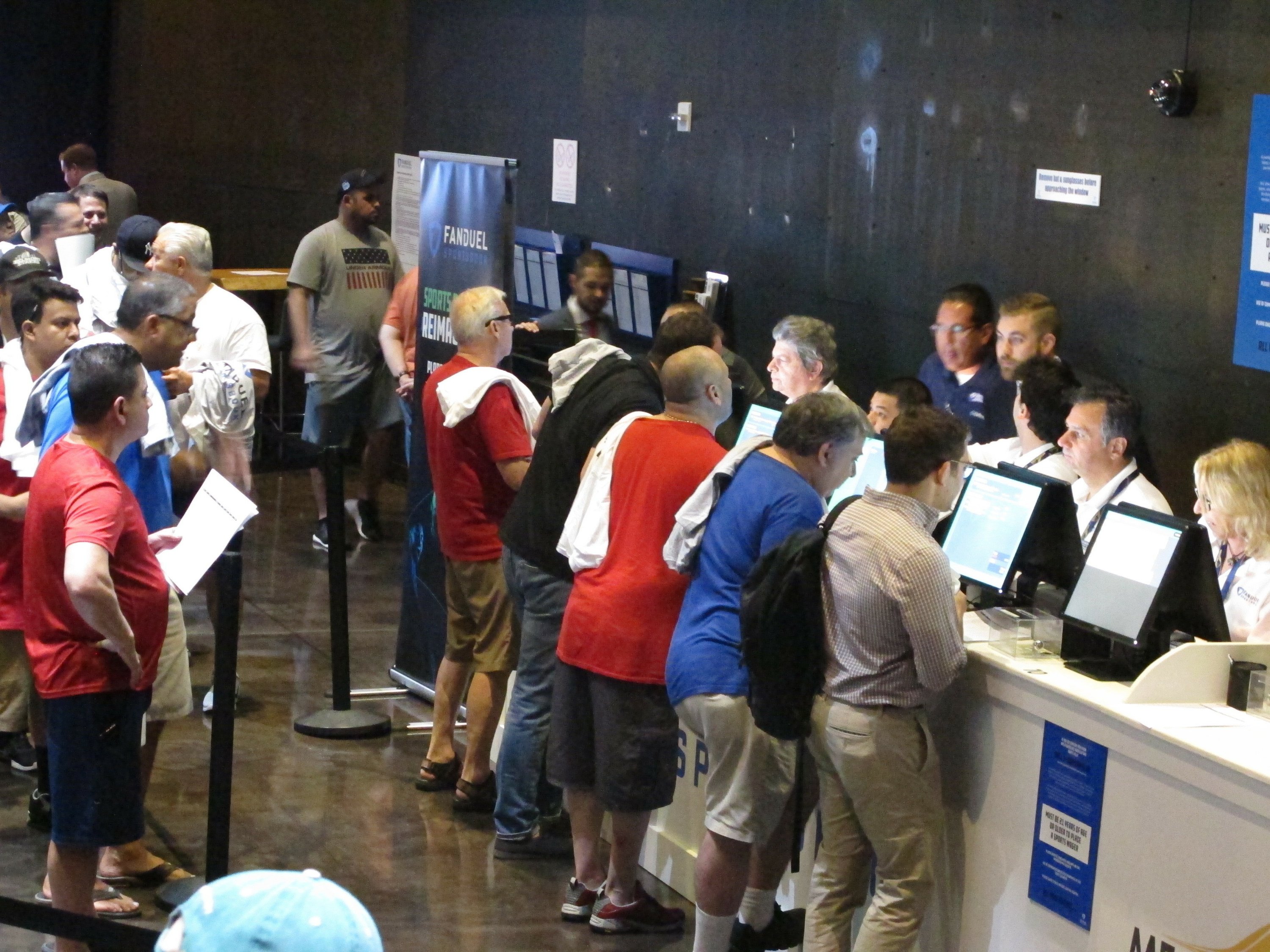 ATLANTIC CITY, N.J. — The race to legalize sports betting is on now that the U.S. Supreme Court has allowed it in all 50 states, but will it provide enough extra tax revenue to make much of a difference for schools, roads or pension debt?

Just look to the states that capitalized immediately after the court’s ruling last spring and to Nevada, which previously had an effective monopoly on sports gambling. Even though the market is still developing, the returns to date have been modest.

In Nevada, revenue from sports betting has accounted for roughly one half of 1 percent of the entire state budget.

“Everything I’ve seen so far suggests that this would not be what one would consider to be a pot of gold,” said Ohio state Sen. John Eklund, a Republican who introduced legislation to legalize sports betting in his state.

Lawmakers in Kentucky, Missouri, Ohio, Tennessee and Virginia already have filed bills to allow sports betting, and those who track the industry expect a total of 30 states to consider similar ones this year.

The expected stampede of states seeking to legalize it has parallels to the growing trend toward legalizing recreational marijuana, which 10 states have done and others are considering.

As with marijuana, lawmakers say they are motivated in large part because sports betting has been a black market activity outside Nevada. Legalizing it would allow states to impose regulations and take in at least some money.

“I keep telling them this is not like a craps table or a slot machine,” said Mark Sickles, a Democratic state lawmaker in Virginia who has sponsored a bill that would place a 15 percent tax on sports betting in the state. “My main purpose is to take something that’s currently being done illegally and get some tax revenue from it.”

Revenue from legalized pot makes up just a small portion of state revenue, even in the states with the most mature markets — about 2 percent in Colorado and a little over 1 percent in Washington, according to a May report from Moody’s Investors Service. That’s still a far larger portion of revenue than even the most optimistic projections for sports betting.

New Jersey was the first state to legalize sports betting after the Supreme Court decision last May.

The state’s gambling industry took in $928 million worth of sports bets since the first one was taken on June 14 through the end of November. From that, the state received less than $8 million in tax revenue.

Even if the state meets its projection of $25 million in sports betting tax revenue for a full year, that would amount to well under one 10th of 1 percent of the state’s $37.4 billion budget.

Former New Jersey state Sen. Raymond Lesniak began the effort to legalize sports betting there 10 years ago with what at the time seemed like a quixotic lawsuit against the federal government. He said sports gambling was not supposed to be a big moneymaker for the state.

“It wasn’t intended to do that,” he said. “I was driven by the fact that the Atlantic City casino industry was dying and the horse racing industry was on life support. It needed an injection of new money and new people that would come, fill up rooms, eat in restaurants, spend money.”

Lesniak expects sports betting to eventually generate over $100 million in taxes for the state once all New Jersey’s casinos and racetracks have sports books up and running for a full year. That would be 10 times the level of tax revenue being generated right now, when many sports betting operations in New Jersey are in their infancy.

Yet experts say sports betting revenue in New Jersey and elsewhere is likely to be diluted as more and more states jump into the game.

New Jersey’s market is being squeezed on one side by Pennsylvania, which recently began offering sports betting, and on the other by New York, which is likely to pursue legalization this year.

For perspective, New Jersey’s casino revenue at the end of 2006, when Pennsylvania opened its first casino, was $5.2 billion. A decade later, that number had been cut in half and Pennsylvania had more casinos.

The states that have launched sports betting this year expect they will bring in tax revenue that ranges from about $5 million in Mississippi and West Virginia to $25 million in New Jersey. In each state, hitting those targets would account for just a fraction of 1 percent of state spending.

Even Rhode Island, which has the highest sports betting tax rate at 51 percent, estimates it will take in $23.5 million a year, or a quarter of 1 percent of the state’s budget.

Those revenue projections are in line with expectations from the municipal ratings firm Moody’s Investor Service. Baye Larsen, who analyzes state finances at Moody’s, expects sports betting to account for a “very, very small slice” of state revenue and will do little if anything to help cover their rising pension, Medicaid, education or infrastructure needs.

Instead, some lawmakers said they will try to direct the money to specific projects. A bill in Missouri, for example, would send some of the revenue to the capital improvement fund of the state Veterans Commission, while some of New Jersey’s online sports betting revenue is targeted to an Atlantic City promotion campaign.

“Legalized sports gambling is not a way to raise revenue for the government; it is not a mechanism to create jobs,” said Minnesota state Sen. Patrick Garofalo, a Republican. “It’s a high-volume, low-margin business.”