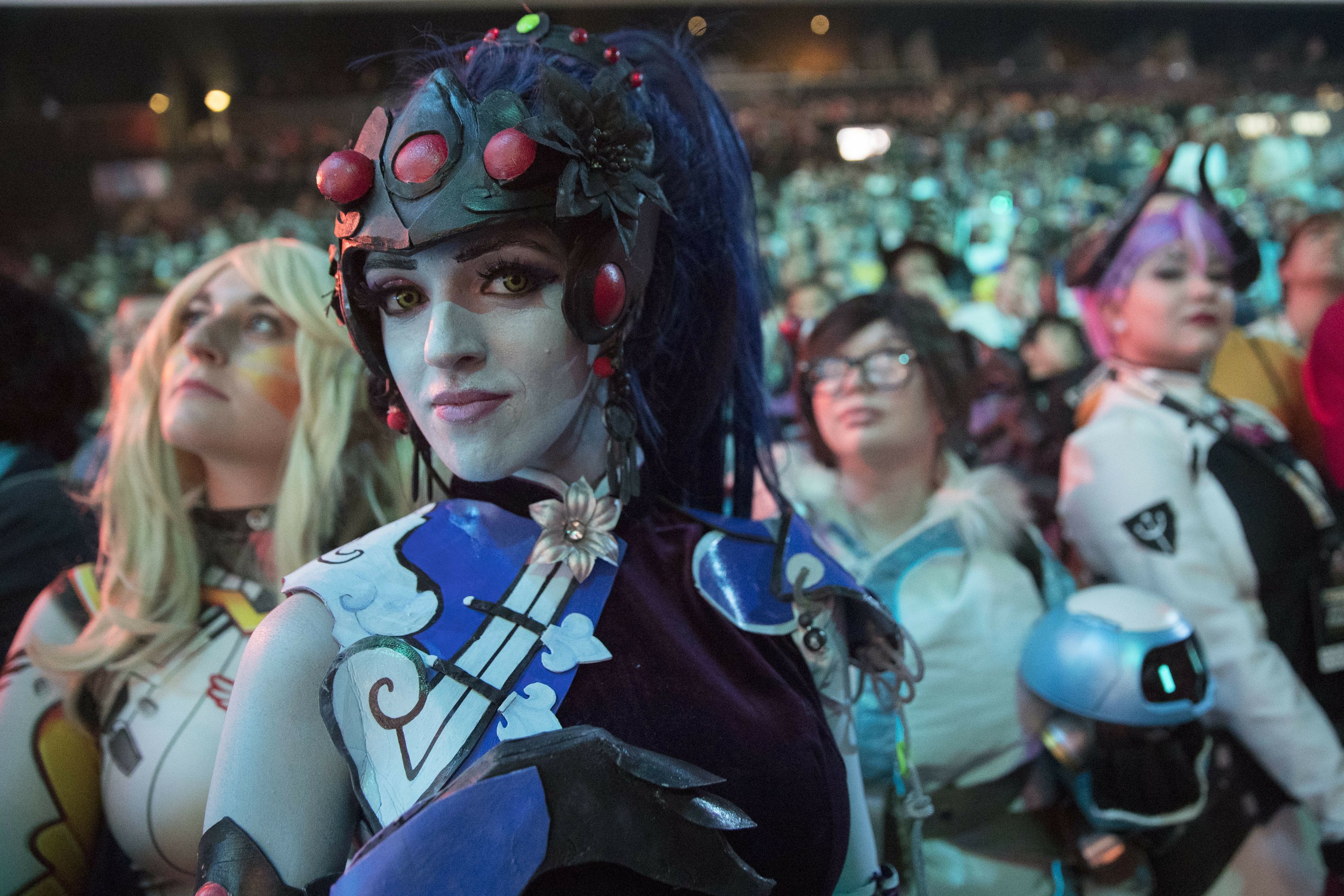 NEW YORK — Susie Kim thinks the women gamers are out there. As general manager for a championship esports team, she would know.

She’s not surprised none of them are on her roster.

The Entertainment Software Association reported this year that 45 percent of U.S. gamers are female, yet women make up a scant portion of the professional esports player pool. Executives for games like “League of Legends” and “Overwatch” say they are eager to add women to pro rosters, where players can make hundreds of thousands of dollars. Yet LoL’s Championship Series hasn’t had a female gamer since 2016, and the Overwatch League’s inaugural season featured just one.

The industry has grappled with harassment and toxic behavior since the Gamergate scandal of 2014, when a group of male gamers organized to target women throughout the industry. Women say they feel marginalized within the community and are routinely subject to nasty comments about their ability or appearance. For elite gamers, much of it comes from fans, but opponents and teammates are sometimes just as challenging. At the lower levels, women are often bombarded by hyper masculinity in a space where most everyone is anonymous.

Kim’s London Spitfire won the first Overwatch League championship in June. Speaking to The Associated Press before the grand finals, she said there are “absolutely” women talented enough to be playing in the Overwatch League.

Maria “Remilia” Creveling is the only woman — and only transgender woman — to compete in the LoL Championship Series (LCS), the top pro league for the world’s most popular esport. Her stay in the LCS was short-lived and not the inspiring breakthrough some fans had hoped.

Creveling was a standout support player and qualified for the LCS with team Renegades in 2015. She made her debut the next year under intense scrutiny. Many celebrated her, but the comment sections accompanying live streams of Renegades matches were flooded with sexist and transphobic harassment. Fans disputed her gender identity, wrote critically about her appearance and bashed her abilities.

A few weeks into the season, Creveling removed herself from the Renegades’ roster, citing anxiety and self-esteem issues. She hasn’t returned to the LCS since.

Creveling declined to be interviewed by the AP, but did say she has resumed competing and will be looking for a new team soon.

Other major esports have similarly thin histories of women at the highest levels. The NBA 2K League said it had one woman in a pool of 250 finalists for roster spots in its inaugural season. She did not land one of the 102 available slots. The Overwatch League had one woman for its inaugural season, Kim “Geguri” Se-Yeon with the Shanghai Dragons. Sasha “Scarlett” Hostyn, a transgender woman, won a major “Starcraft II” tournament in February and is the only woman to win such an event in that game.

Se-Yeon and Hostyn have been reluctant to embrace the spotlight as female role models. Both have said they simply want to be seen as talented gamers.

“Being the icon or being looked up to because I’m female — I’m grateful,” Se-Yeon said via translator at a press conference in March. “But I don’t really have any thoughts about it. That’s not how I want to be known.”

AT THE LOWER LEVELS

Tiffany Chang is a fan of Se-Yeon’s. The amateur player doesn’t blame the “Overwatch” pro for shying away from attention as a woman. Chang sometimes gets the urge to do the same.

Chang hosts Twitch streams of herself playing “Overwatch” and other games to collect donations for charity, and routinely plays online against strangers. Women like Chang encounter a lot of toxic behavior, much of it the same sort of trolling women see elsewhere on the internet. They’ll get remarks about their appearance, the tone of their voice, and more than anything, a dismissal of their ability and knowledge in the game.

Even if Chang can tune out the harassment, it can still affect her performance. Esports like LoL and “Overwatch” are heavily teamwork and strategy dependent. Each player chooses a character, and those characters are designed for specific roles, like attacking, holding territory or healing. A good “Overwatch” team needs tanks and healers, just like a football team needs quarterbacks and left tackles.

Women are often pressured to play as female characters, and female healers in particular. In “Overwatch,” that character is usually Mercy, a fairy-like flying doctor who can heal and resurrect teammates. Chang has been harassed for playing as other characters, but also gets snide comments when she plays as Mercy. In certain games, it becomes impossible for her to assume any role, even if she’s simply trying to help the team.

“You want me to do this, and you’re going to harass me for it?” she said. “It’s definitely something that we face.”

Briah Luther gets the same treatment in LoL. Sometimes when the 35-year-old school teacher shouts out a key bit of information, like the location of an attacking opponent, men simply ignore her, leading to a huge tactical advantage for opponents. It’s a common complaint from female gamers, and that lack of trust can sink a team and affect players’ rankings in the competitive sphere.

“The second they realize I’m a woman, I no longer have power,” Luther said.

Ella Lasky has pro gaming aspirations, and the 12-year-old is on a promising path. She is one of the top players in the “Minecraft” City Champs circuit operated by Super League Gaming. Most importantly to her parents, video games have played a key role in her social development.

“It’s given her a sense of pride,” said Ella’s mother, Johanna.

Ella was featured on a Nickelodeon TV show about the league, and that exposed her to a different side of esports. Internet commenters did not respond well to a woman taking center stage on a video game broadcast.

″‘Why is the girl so loud? Why is the girl shouting? The girl needs to shut up. She’s annoying me with her voice,’” Johanna recalled reading. “I explained to her, ‘I think part of it is that because you’re a girl, you’re being targeted.’”

Ella wasn’t fazed and plans to keep gaming. But she’s already keenly aware of the assumptions made by many in the esports community based on her gender.

“I don’t think girl gamers get as much respect as boy gamers,” she said.

WHAT CAN BE DONE

Publishers have made progress responding to harassment complaints since the Gamergate scandal, but video games are still not a space known for gender equality. Riot Games, which publishes LoL and operates the LCS, was criticized just this summer for its treatment of female employees in a story by Kotaku . Riot apologized publicly to fans and employees, and it has outlined a plan of action to address the issues.

More in-person gaming might help. Women say men and boys tend to be better behaved without the anonymity of online play. The Laskys think that’s one benefit of the Super League competitions, where teams gather at movie theaters to compete face-to-face.

Some fans also are disappointed by the number of women promoted by the streaming service Twitch, as well as game publishers.

One issue at the pro level is the housing situations for elite teams. Esports athletes are often placed in swanky team housing, but sharing a living space with a group of college-aged men isn’t ideal for many women.

Then there’s the anxiety of the spotlight. Fans have eagerly dismissed barrier-breaking female gamers as mere PR stunts, and the weight is even greater on women when they find themselves alone on that platform.