A look at high-profile defections from North Korea 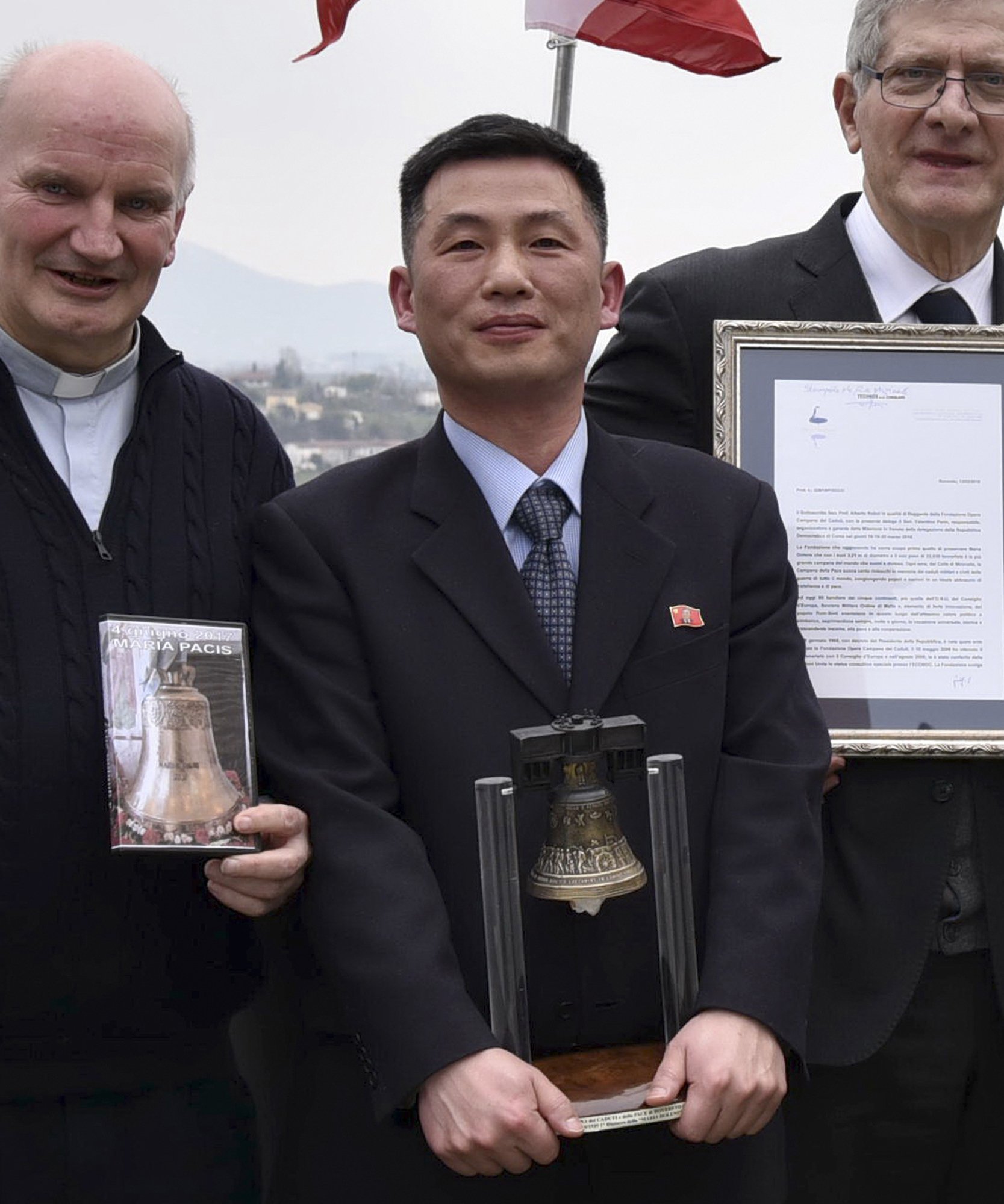 SEOUL, South Korea — North Korea’s top diplomat to Italy, who South Korea’s spy agency says has gone into hiding along with his wife, appears to be the latest member of the North’s elite to abandon the secretive totalitarian state.

Many of them have expressed frustration over what they described as an oppressive police state in Pyongyang or desires for their families to have new lives in South Korea or the West.

The North, which touts itself as a socialist paradise, is extremely sensitive about defections, especially among its elite, and has previously insisted that they are South Korean or U.S. plots to undermine its government. South Korea has accused the North of killing or attempting to assassinate past defectors.

A look at some of the high-profile defections from North Korea:
___

The late Hwang Jang Yop remains as the highest-ranking North Korean official to defect from the North and seek asylum in South Korea.

Hwang was still one of the country’s most powerful officials when he fled during a visit to Beijing. After resettling in South Korea in 1997, Hwang became a vocal critic of the North Korean leadership he had a hand in building, which led to threats and attempts on his life Seoul blamed on Pyongyang.

Hwang, then 87, died in 2010 after suffering a heart attack, months after two North Korean army majors were sentenced to prison in South Korea for plotting to assassinate him.
___

South Korea blamed the 1997 death of Lee Han-young, a nephew of one of the former wives of Kim Jong Il, on North Korean agents sent on a revenge mission. But police failed to catch the assailants before they allegedly returned to the North.

Lee had defected through Switzerland in 1982, but Seoul kept his arrival secret until 1996, when his mother also fled the North. He was a harsh critic of Pyongyang’s government and his dictator uncle.

Lee died of gunshot wounds after being attacked in front of his apartment near Seoul in February 1997. According to his neighbors, Lee after the shooting said, “spy, spy,” and held up two fingers, perhaps indicating the number of attackers. Police said a woman purporting to be a magazine reporter called the apartment to ask when Lee would be home before the attack.
__

The disappearance of Jo Song Gil, North Korea’s acting ambassador to Italy, could create a publicity headache for North Korean leader Kim Jong Un as he pursues diplomacy with Washington and Seoul and seeks to portray himself as an international statesman.

Some experts believe the North might ignore Jo’s possible defection or hold back harsh criticism to avoid highlighting the vulnerabilities of its government amid its diplomatic push.

The last senior North Korean diplomat known to have defected is Thae Yong Ho, a former minister at the North Korean Embassy in London, who fled to South Korea in 2016.

North Korea’s state media described Thae as “human scum” after his defection and claimed he was trying to escape punishment for serious crimes. Thae denied the accusation and said he defected because he didn’t want his children to live “miserable” lives in the North.