Chinese rover begins making tracks on ‘dark’ side of moon 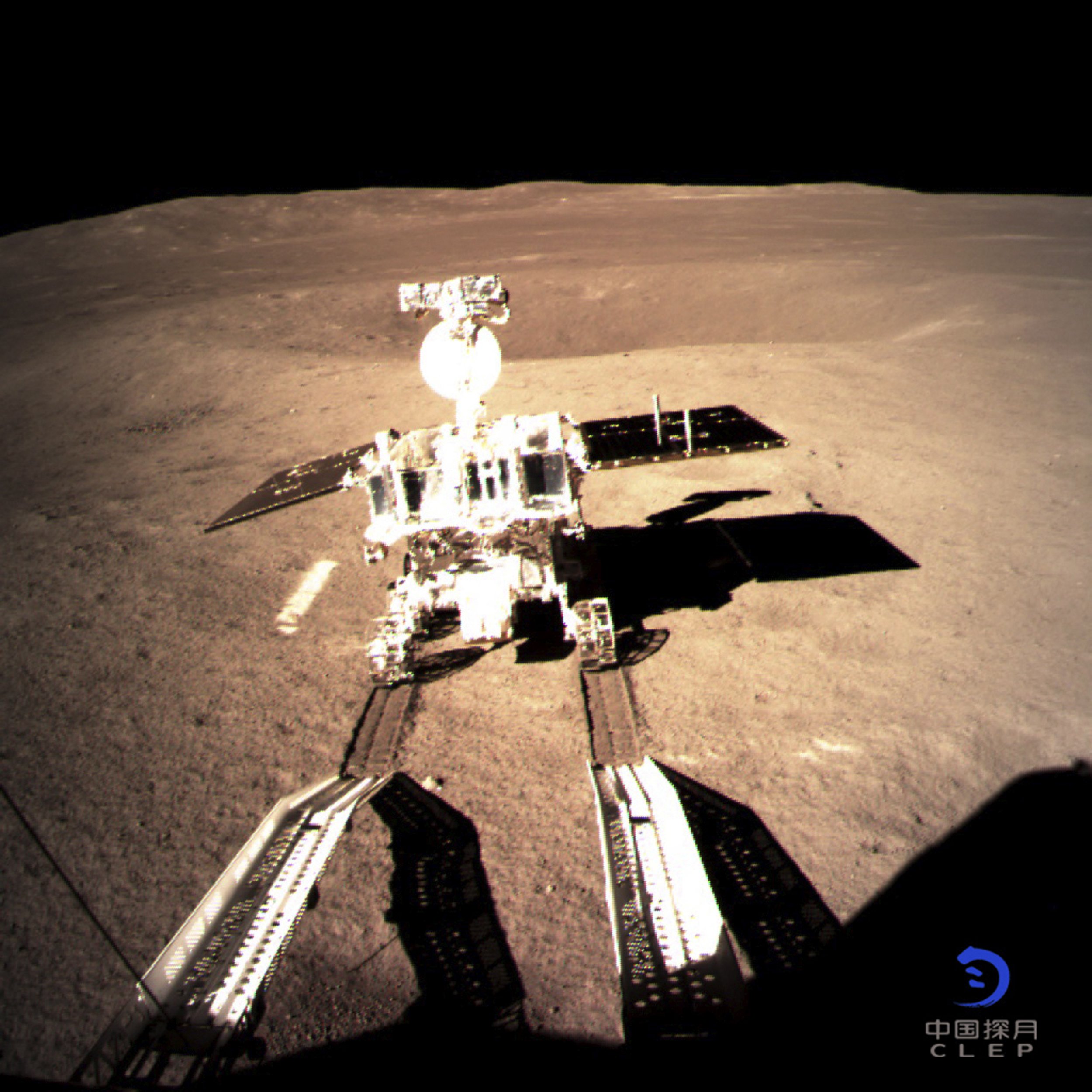 BEIJING — The Chinese rover on the “dark” side of the moon is making its tracks on the soft lunar surface.

The Jade Rabbit 2 rover drove off its lander’s ramp and onto the soft, snow-like surface at 10:22 p.m. Thursday, about 12 hours after a Chinese spacecraft made the first-ever landing on the moon’s far side. A photo posted online by China’s space agency showed tracks the rover left as headed away from the spacecraft.

“It’s a small step for the rover, but one giant leap for the Chinese nation,” Wu Weiren, the chief designer of the Lunar Exploration Project, told state broadcaster CCTV. “This giant leap is a decisive move for our exploration of space and the conquering of the universe.”

Exploring the cosmos from the far side of the moon could eventually help scientists learn more about the early days of the solar system and even the birth of the universe’s first stars. The far side can’t be seen from Earth and is popularly called the “dark side” because it is relatively unknown, not because it lacks sunlight.

Three nations — the United States, the former Soviet Union and more recently China — have sent spacecraft to the near side of the moon, but the latest landing is the first on the far side. That side has been observed many times from lunar orbit, but never up close.

The mission highlights China’s growing ambitions to rival the U.S., Russia and Europe in space, and more broadly, to cement its position as a regional and global power.

The Jade Rabbit 2 rover has six wheels that all have power, so it can continue to operate even if one wheel fails. It can climb a 20-degree hill or an obstacle up to 20 centimeters (8 inches) tall. Its maximum speed is 200 meters (220 yards) per hour.

“The surface is soft and it is similar that you are walking on the snow,” Shen Zhenrong, the rover designer from the China Aerospace Science and Technology Corporation, said on CCTV.