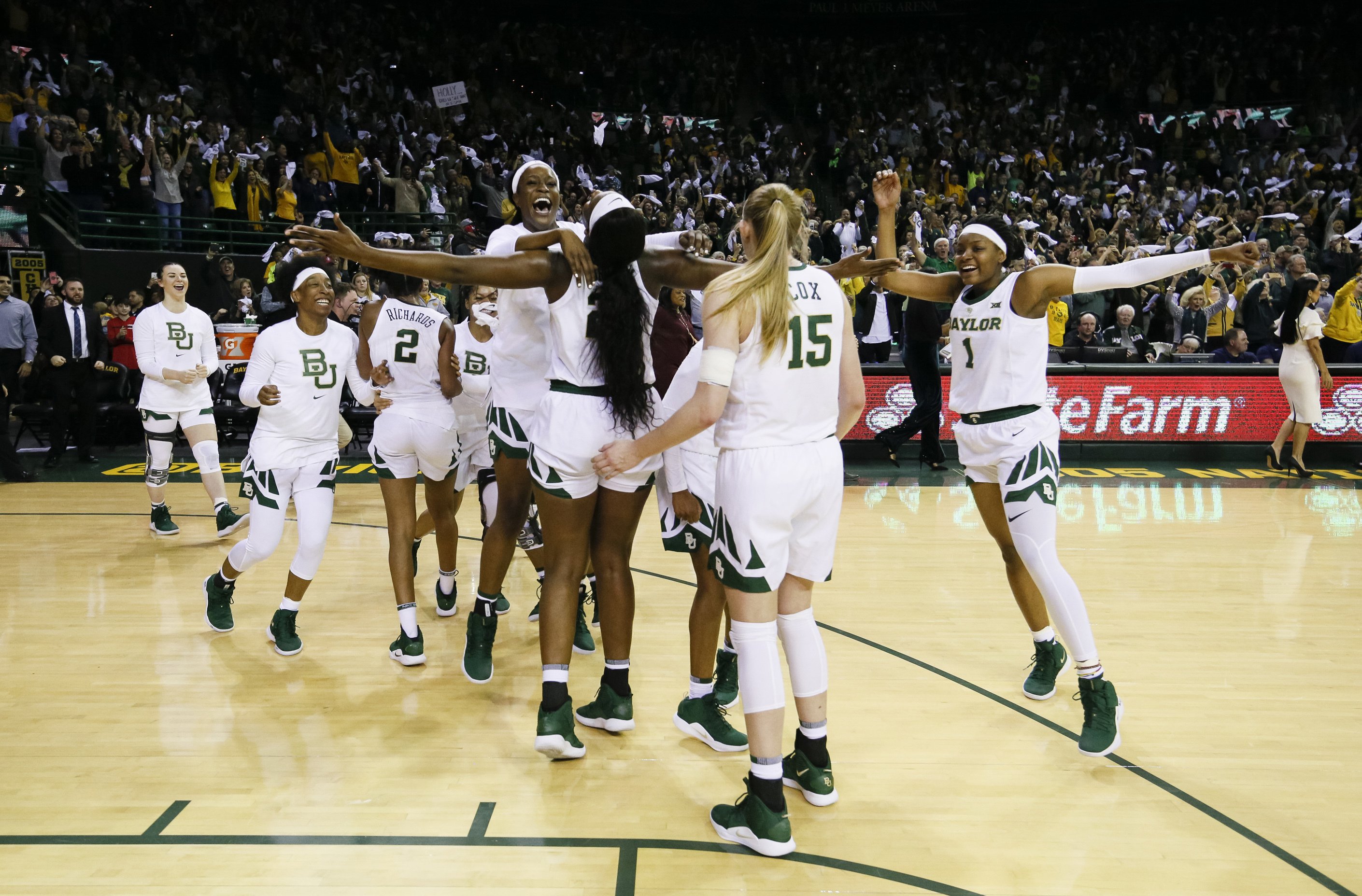 WACO, Texas — Geno Auriemma knew that top-ranked UConn couldn’t keep winning every regular-season game it played, even though the Huskies had won 126 in a row.

That winning streak of more than four years ended with a 68-57 loss Thursday night at No. 8 Baylor, which won against a No. 1 team for the first time.

“What is disappointing for me, not that we lost. How long did you think you were going to win every game in the regular season, 10 years?,” Auriemma said. “So I’m not surprised that we lost, but it was disappointing that we struggled so much on the offensive end.”

The 11-time national champion Huskies shot only 29 percent (20 of 68) with their lowest point total this season. Their only lead came at 2-0 when Crystal Dangerfield scored in the opening minute of the game.

UConn is the only No. 1 team Baylor has ever faced in 19 seasons under coach Kim Mulkey, who has two national championships coaching the Lady Bears. They had lost each of the previous three such meetings, including UConn’s last visit to Waco nearly five years ago.

“It just felt like everyone was kind of stagnant out there. We were all just looking at each other,” said Samuelson, who missed her first six shots and finished 4-of-16. “We weren’t hitting those difficult shots, and sometimes we do, but we don’t always. When we’re not getting shots in our offense, we shoot worse than we normally do. That’s on us to be able to figure that out.”

UConn: Auriemma’s team was coming off tough wins at Oklahoma and California, and after both games the coach talked about those kinds of games were how the majority of the world lives. This time, they couldn’t pull off a late comeback. The last time UConn had consecutive losses was in 1993 — a span of 937 games going into its conference opener.

Baylor: The Lady Bears have won 28 consecutive home games, and extended their non-conference home winning streak to 45 games since a home loss to UConn on Jan. 13, 2014.

IN AND OUT OF THE PAINT

Baylor outscored UConn 52-10 in the paint. “Are you surprised that they scored 52 points in the paint,” Auriemma said. “I would think they would suck if they didn’t score 52 points in the paint. They’ve got every one of our guys by six inches, so we knew that was going to happen, and we were OK with that. What we weren’t OK with was how hard it was for us to get the shots that we wanted. And then when we did get the shots that we wanted, we didn’t make any of them.”