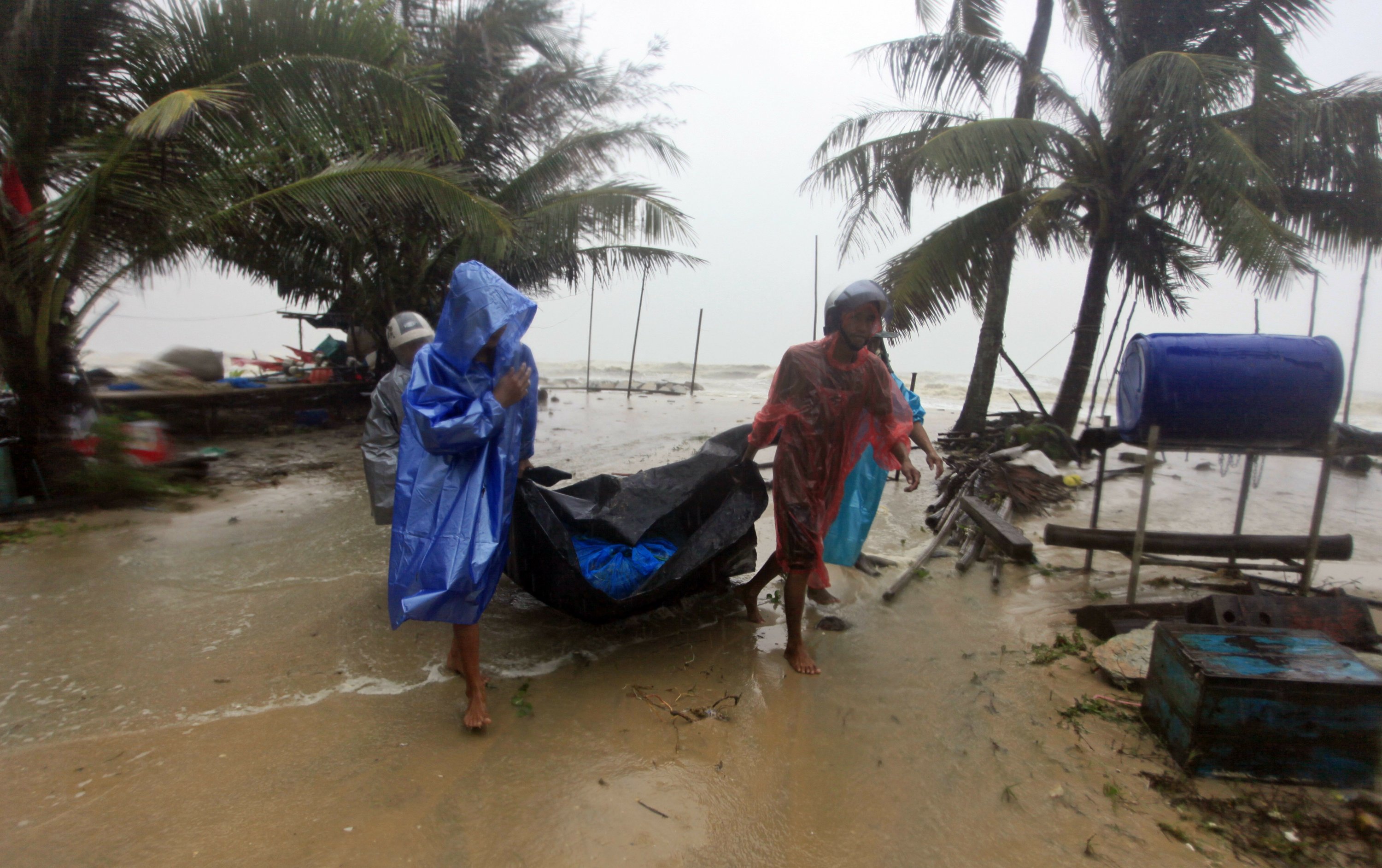 “We can expect heavy rain and downpours, flooding and flash floods in the area throughout the night,” he warned at a news conference.

While torrential rain and strong winds are expected to affect more than a dozen other provinces, Nakon Si Thammarat and Surat Thani, home to the tourist islands of Koh Samui, Koh Tao and Koh Phangan, are expected to be the hardest hit.

The Meteorological Department said Friday morning that waves 3 to 5 meters (10 to 16 feet) high were possible in the Gulf of Thailand on the east coast, and 2 to 3 meters (6 to 10 feet) high in the Andaman Sea on the west coast. It warned of strong winds and storm surges on the gulf side and said all ships should stay berthed on land through Saturday.

In Nakhon Si Thammarat’s Pak Phanang district, where the storm later made landfall, a father and a son rushed off with their belongings on their pickup truck, quickly telling reporters the roof of their house was already damaged.

Officials used trucks to help fishermen move boats off the beach, which was being beaten up by strong waves.

“You can’t stay around here,” local official Dahloh Bin Samah said in a beachfront interview aired on local TV. “These will be all razed down. Every monsoon, beachfront restaurants around here are damaged every year. But this time, we got a tropical storm coming. There won’t be anything left. Nothing.”

Thai authorities suspended ferry services in the Gulf of Thailand and flights to Nakhon Si Thammarat and Koh Samui were canceled.

On Koh Samui, beach guards hoisted red flags to warn people to stay out of the sea. Police patrolled beaches, although many were almost deserted.

There are fears that the storm will be the worst to hit Thailand since 1989, when Typhoon Gay left more than 400 people dead. A tropical storm in 1962 killed more than 900 people in the south.

Two natural gas production platforms in the Gulf of Thailand directly in the path of the storm suspended operations and had their personnel evacuated to shore, said the exploration and production arm of the Thai state oil company PTT. It said drilling rigs and vessels had been moved to unaffected areas, and gas production at a third platform remained operating to help meet energy needs.