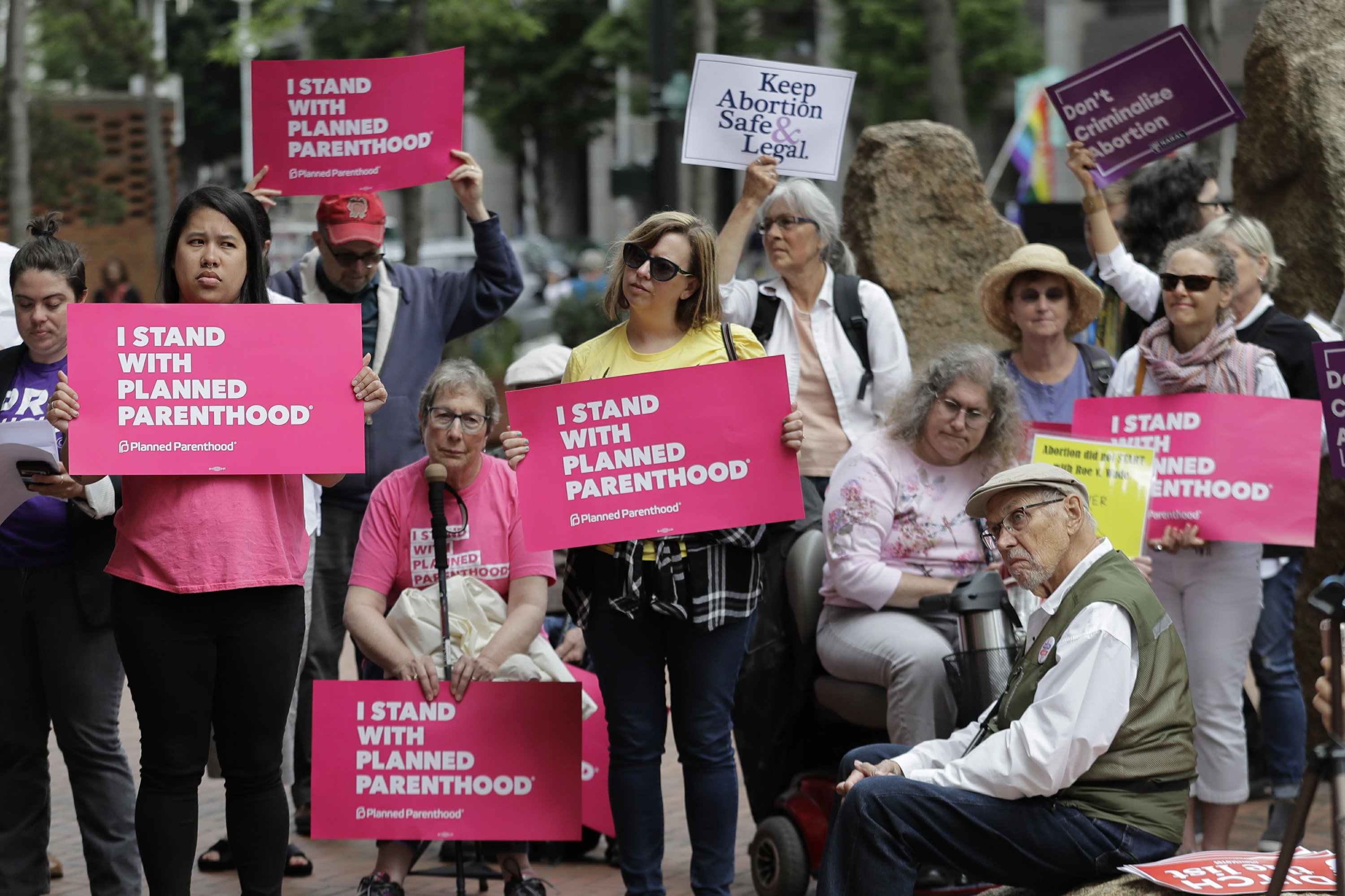 The new rule, announced last week by the Department of Health and Human Services, would prohibit family planning clinics funded by the federal Title X program from making abortion referrals — a provision that critics denounce as a “gag rule.”

Clinics that receive Title X grants also would be barred from sharing office space with abortion providers — a requirement that would in many cases boost costs for providers like Planned Parenthood that offer abortions and other services, including family planning.

The result of the rule, if implemented, “will be a national public health crisis in short order,” the lawsuit said.

“Pregnancies that are unintended, and thus riskier, will increase. The number of abortions will also increase. And there will be fewer tests for sexually transmitted infections and cancer screens — putting patients and their partners at great health risk,” the lawsuit said.

Planned Parenthood, which operates a nationwide network of health centers, says it will leave the Title X program if the rule is implemented, forgoing an estimated $60 million in annual funding rather than abide by the new restrictions.

Such an exit could have enormous impact: Planned Parenthood serves 1.6 million of the 4 million women who get care through Title X. The program, enacted in 1970, makes family-planning services available to low-income individuals for free or at low cost.

In the lawsuit filed in U.S. District Court in Eugene, Oregon, the AMA and Planned Parenthood asserted that the new rule violates a congressional mandate that patients receiving information about their pregnancies through Title X must receive complete, unbiased information about their options. They argued that the ban on abortion referrals violates this mandate and unconstitutionally infringes on health care providers’ responsibilities to their patients.

“Because of the administration’s overreach and interference … physicians will be prohibited from having open, frank conversations with their patients about all their health care options,” said the AMA’s president, Dr. Barbara McAneny. “This blatant violation of patients’ rights under the Code of Medical Ethics is untenable.”

Leana Wen, a physician who is Planned Parenthood’s president, said a majority of the Title X patients served by her organization are low-income black and Hispanic women.

“Families that are struggling to make ends meet and people who live in rural areas must have the same access to full, unbiased information from their doctor as everyone else,” said Wen.

Wen stressed that Planned Parenthood, even if it left Title X, would continue to offer its full array of services, including birth control and screenings for sexually transmitted diseases and cancer. But it would not be able to maintain the level of free or low-cost contraception that was available via Title X.

The new Trump administration rule is scheduled to take effect in 60 days, but implementation is likely to be delayed by litigation. In addition to the AMA/Planned Parenthood lawsuit, the rule is being challenged in a lawsuit filed Monday by California officials and another filed Tuesday by officials in 20 other mostly Democratic controlled states. A lawsuit also is planned by the National Family Planning and Reproductive Health Association, which represents publicly funded family planning providers.

The Department of Justice and the Department of Health and Human Services have declined comment on the lawsuits. HHS contends that the new rule “makes notable improvements designed to increase the number of patients served and improve the quality of their care.”

The AMA said it had two primary motives for challenging the rule: to prevent infringement on the physician/patient relationship and to protect the integrity of Title X, which the AMA considers to be one of the most cost-effective federal health programs. Its grants totaled $286 million in the 2017 fiscal year.

The AMA has engaged previously in cases involving physician/patient communications. For example, it joined other medical organizations in successfully opposing a Florida law that barred doctors from discussing firearm risks and safety with their patients.

One of the concerns of the AMA and Planned Parenthood is that the new Title X rule may result in a shift of some money to ideologically conservative entities which favor abstinence education and natural family planning and which would be unwilling or unable to provide women with the most effective forms of contraception.

The new rule “blesses biased and incomplete pregnancy counseling where the interests of the patient are no longer paramount,” the lawsuit said. The rule “will politicize the practice of medicine and the delivery of health care.”

Abortion is a legal medical procedure, but federal laws prohibit the use of taxpayer funds to pay for the procedure except in cases of rape, incest, or to save the life of the woman.

Religious conservatives and abortion opponents contend that Title X has been used to indirectly subsidize Planned Parenthood — the leading abortion provider in the U.S.

Groups such as the National Right to Life Committee have hailed the new rule, saying it does not cut funding, but “merely ensures that health facilities receiving Title X funds do not perform or promote abortion as a method of family planning.”