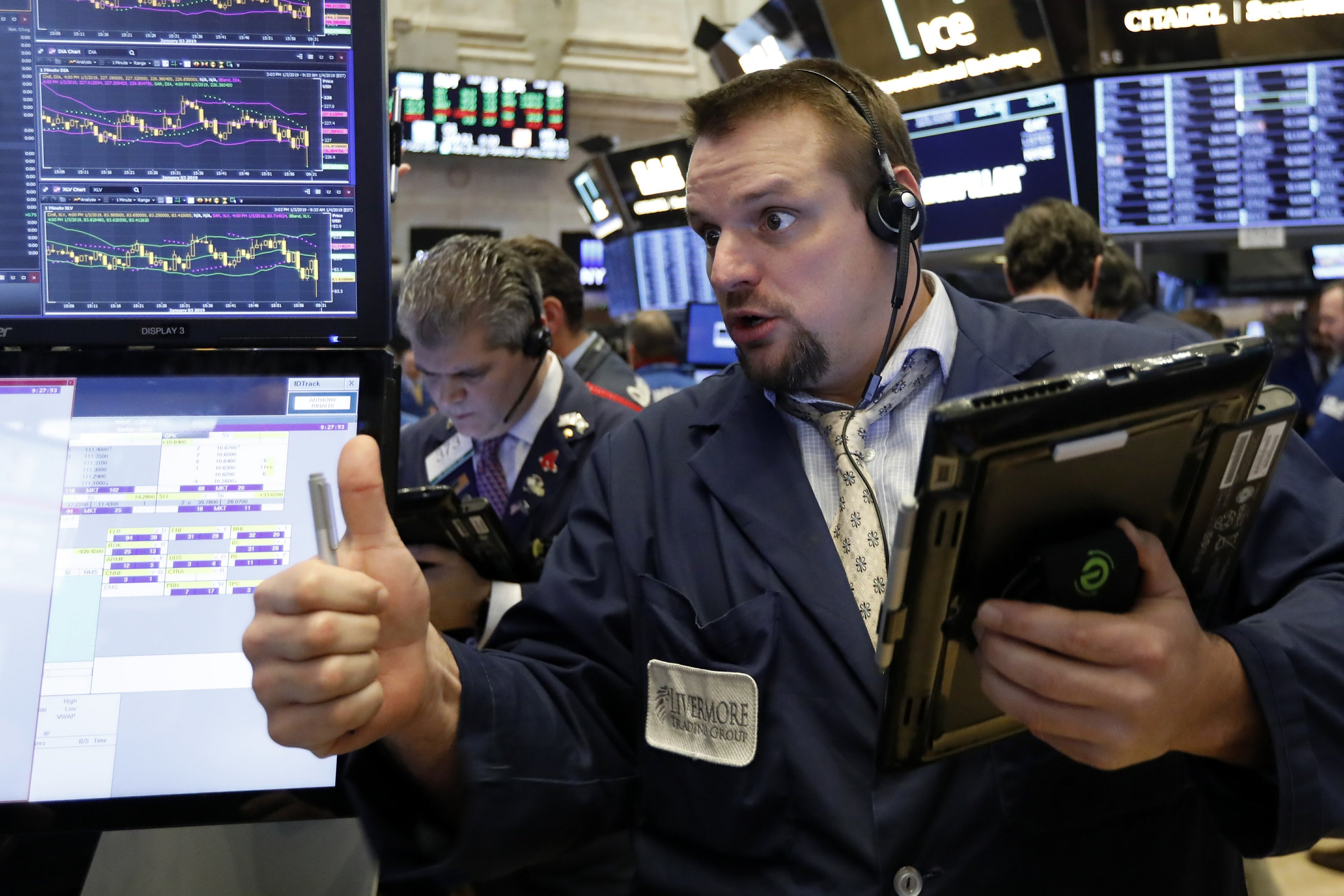 NEW YORK — Global stocks are soaring Friday and reversing the big losses they suffered just a day earlier. The Dow Jones Industrial Average soared 700 points in the latest twist in a wild three months for markets.

Hopes for progress in the U.S.-China trade dispute, a strong report on the U.S. jobs market and encouraging comments from the head of the U.S. central bank about its interest rate policy all combined to cheer investors.

China’s Commerce Ministry said trade talks will be held Monday and Tuesday in Beijing, and investors will once again look for signs the world’s largest economic powers will make progress toward resolving their dispute. The tensions have dragged on for nearly a year, slowing business and dragging down stock indexes worldwide.

Meanwhile the Labor Department said U.S. employers added 312,000 jobs last month, a far stronger result than experts had anticipated. U.S. stocks have tumbled over the last three months as investors worried that the economy might slow down dramatically because of a variety of challenges including the trade dispute and rising interest rates.

The stock market’s plunge also threatened to shake up the confidence and the spending plans of businesses and consumers. Some analysts said investors were acting as if a recession was on the horizon, despite a lack of evidence that the U.S. economy is struggling.

Stocks rose even further after Federal Reserve Chairman Jerome Powell said the central bank will be flexible in deciding if and when it raises interest rates. He added that the Fed is open to making changes in the way it shrinks its giant portfolio of bonds, which affects rates on long-term loans such as mortgages.

Until recently, the Fed had suggested it planned to raise short-term interest rates three times this year and next, and Powell said the Fed’s balance sheet was shrinking “on auto-pilot.” Wall Street feared that the Fed might be moving too fast in raising borrowing costs, said Phil Orlando, chief equity market strategist at Federated Investors.

The Fed’s interest-rate and bond portfolio policies “were at the top of the list of things we were concerned about, which is why the statement Powell made today is so supportive of the market,” Orlando said. “The Fed understands that what they attempted to communicate last month was inartful, that they didn’t get the right message across, and Powell tried to reset.”

About 90 percent of the stocks on the New York Stock Exchange traded higher.

Stocks sank Thursday after Apple said iPhone sales in China are falling, partly because of the trade fight, and a survey suggested U.S. factories grew at a weaker pace. Technology companies took their biggest losses in seven years.

The U.S. and China have raised tariffs on billions of dollars of each other’s goods in a fight over issues including Beijing’s technology policy. Last month, President Donald Trump and Chinese leader Xi Jinping agreed to 90-day ceasefire as a step toward defusing tensions, but that failed to calm the stock market.

Technology companies, banks, health care and industrial companies all made strong gains. Microsoft rose 4.6 percent to $101.90 and Deere gained 5 percent to $151.23. Retailers and internet companies rose as well, with Amazon up 5.1 percent at $1,576 and Google’s parent company, Alphabet, rising 4.8 percent to $1,074. Most of the companies in those industries stand to do better in times of faster economic growth.

Smaller and more U.S.-focused companies did even better than larger multinationals. The Russell 2000 index surged 47 points, or 3.6 percent, to 1,378. Smaller companies have fallen further than larger ones in the last few months as investors got nervous about how the U.S. economy will perform in 2019 and 2020.

After the market’s big drop in early December, stocks have whipsawed between huge gains and losses. Katie Nixon, the chief investment officer for Northern Trust Wealth Management, said investors will continue to react to the health of the economy, and to concerns about high levels of corporate debt as interest rates rise.

“We don’t expect that this will be the end to the volatility,” she said. “There’s mounting evidence we’re going to see a slowdown.”

Bond prices also changed course and moved sharply lower. The yield on the 10-year Treasury note rose to 2.66 percent after it plunged to 2.55 percent Thursday, its lowest in almost a year. That helps banks, as higher interest rates allow them to make bigger profits on mortgages and other loans.