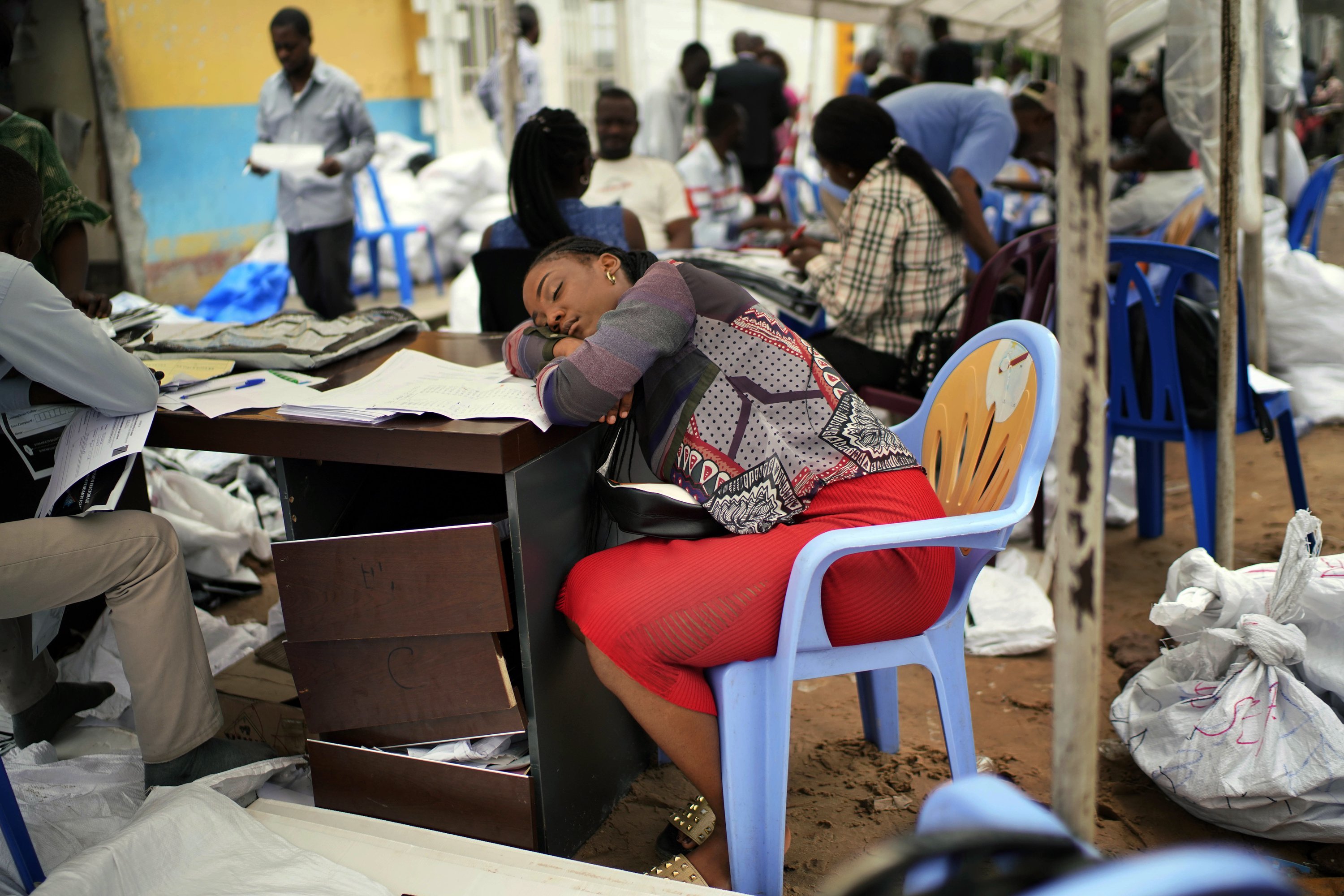 JOHANNESBURG — As tensions build in Congo over the delay in announcing the election results, actor Ryan Gosling and activists with whom he has published a book about the Central African country, urged officials to announce a credible winner.

Congo’s electoral commission on Sunday delayed indefinitely the announcement of the results of the Dec. 30 vote. However, the influential Catholic Church said it can see a clear winner from the 40,000 observers it posted across the country and it urged the electoral commission to publish the true results in “respect of truth and justice.”

Congo’s government forbids speculation about the winner before the official results are announced and it has imposed an internet blackout over the country to prevent conjecture on social media.

Commenting on the edgy situation in Congo, Prendergast, joined calls for accurate results of the polling.

“It is impossible to ignore the mountains of evidence of a stolen election and a stolen government,” said Prendergast. “If they steal the final electoral result, it will just compound the losses of the Congolese people, whose resources and rights have been taken by Congo’s leaders, present and past.”

Gosling called on consumers of smart phones, many of which contain strategic minerals from Congo, to make informed choices to help improve the lives of the Congolese people.

“I’ve learned that if Congo was the beneficiary of its own natural resources it would be one of the richest countries in the world as opposed to one of the poorest,” wrote Gosling, responding by email to questions from The Associated Press.

“I’ve also learned that despite centuries of brutality and exploitation, there is an incredible movement in Congo among people who are using the living nightmares they have endured as fuel to make the hopes and dreams of their families and country a reality,” he wrote.

“The momentary choices that we make as consumers can have lifelong consequences for the people of the countries from which those products are sourced,” wrote Gosling. “We have an opportunity as consumers to support those who are being exploited in their efforts to achieve justice and live the lives to which they are entitled.”

Congo’s election is an opportunity for change from the better, according to the activists with whom Gosling collaborated on the book.

“The people of Congo are hungry for change after 17 years of a lack of governance under Kabila,” said Chouchou Namegabe, a Congolese journalist. “These elections represent the possibility to have the first democratic transition of power in Congo in its post-independence history … Congolese people need a choice for who governs them, though this election will probably not deliver that.”

The international community should use economic sanctions to press Congo to deliver good governance, said Prendergast, founder of the Enough Project, which campaigns for international firms to disclose where they source strategic minerals from Congo and other African countries.

“From the colonial era up to the present, the state in Congo has been hijacked for the personal benefit of ruling elites and their business partners, leaving nothing for developing the nation,” wrote Prendergast to AP. “The solution is a combination of supporting Congo’s courageous reform movements along with imposing international sanctions and other consequences on the kleptocratic networks – led at this time by President Kabila – that continue to impoverish Congo and foment violence in the country.”

Multinational corporations, particularly the manufacturers of smart phones and computers, should encourage stability in Congo, said Fidel Bafilemba, a Congolese civic leader who works closely with the Enough Project. He said that eastern Congo is has instability because of armed militia that control its lucrative mines.

“Congo needs accountable leaders who will ensure compliance with Congo’s laws, and the government needs to hold its generals accountable for the human rights abuses they oversee,” said Bafilemba. “Congo also needs international help in the form of sanctions against the leading smugglers of conflict gold, which has become the largest funder of armed groups in eastern Congo. And Congo needs help from electronics, jewelry, and other companies, who should invest more in helping build up the conflict-free trade from Eastern Congo.”

Congo needs change that will improve the lives of its people, said journalist Namegabe.

“There is a serious risk of seeing violence and instability continue in the country. There are more than 200 active armed groups, and many potential triggers where social tensions could burst into violence very quickly,” she wrote, saying that Congo’s more than 80 million people will work to improve the country. “One of the main qualities of the Congolese people is a stubborn hope for a better future.”