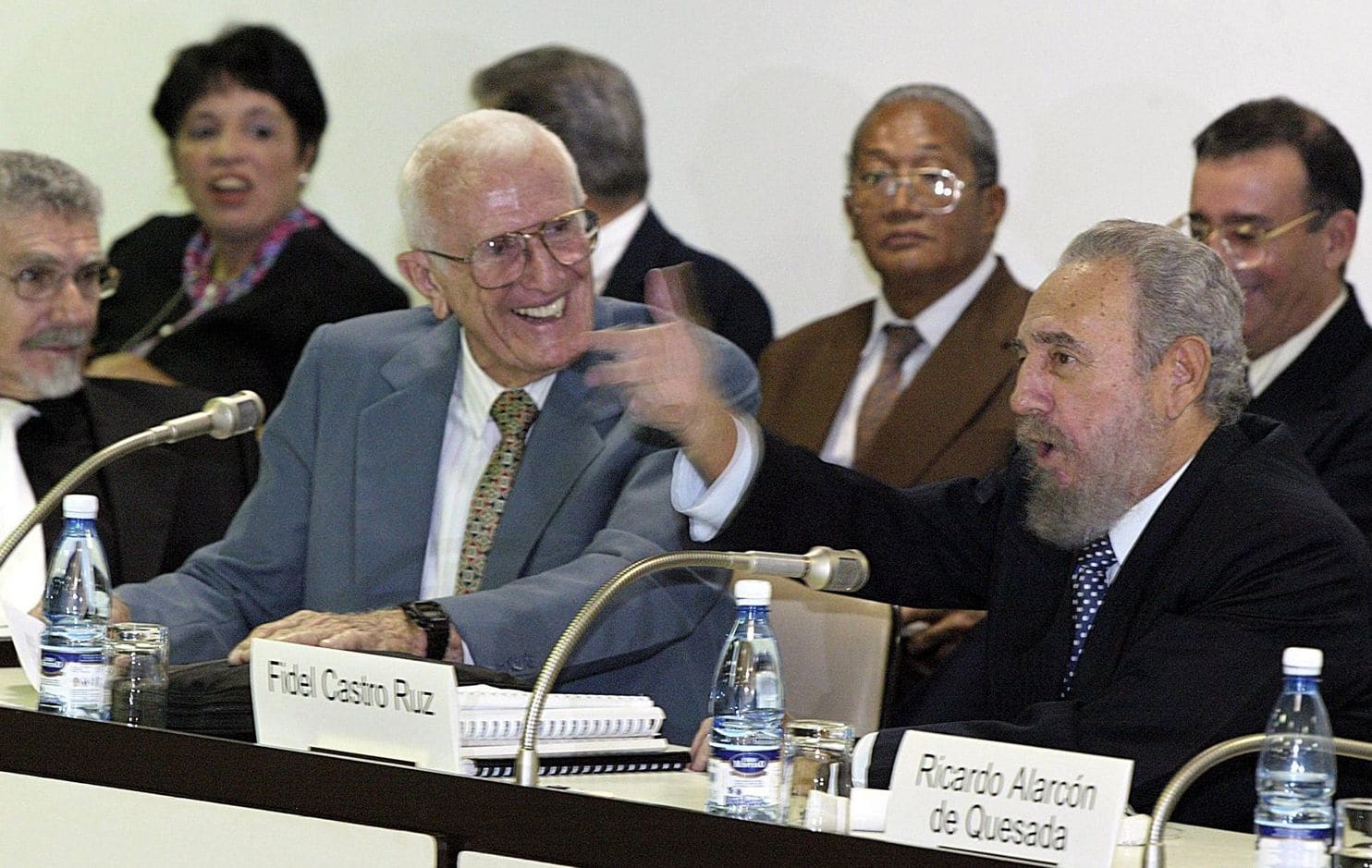 HAVANA — Jose Ramon Fernandez, a retired Cuban brigadier general who was key in forming the communist country’s new army and commanded Cuban defenses at the Bay of Pigs, died on Sunday, state media reported. He was 95.

Tall and spindly with the rigid posture of a military man, Fernandez in his final years remained a legendary figure and served for a time as a vice president on Cuba’s Council of Ministers, or Cabinet. A founding member of the Communist Party of Cuba, he was reelected to the party’s ruling Central Committee in 2011 — at the age of 87.

Fernandez ran a cadet school that trained officers after the revolutionary triumph of Jan. 1, 1959, laying the foundation of the communist country’s new army.

He also played a leading role in one of the great battles of the Cold War, helping command Cuba’s nascent militia forces in their victory over invading exile forces at the Bay of Pigs in April 1961.

Cuba won the Bay of Pigs battle because of “the firmness and decision of this people, not because of a professional army,” Fernandez told The Associated Press in an April 2001 interview. Fernandez made fewer and fewer public appearances as the years went by.

He also was president of the Cuban Olympic Committee since 1997, helping organize his country’s delegations to the 2004 summer games in Athens and the 2008 games in China.

Fernandez, nicknamed “El Gallego” – “The Galician” – for his Spanish parentage, was born in the eastern Cuban city of Santiago on Nov. 4, 1923.

He got a college degree in the social sciences before opting for a military career. He graduated from Cuba’s School of Cadets in 1947 and went on to study artillery at Fort Sill, Oklahoma.

In the mid-1950s, he joined the “Movement of the Pure,” a group of young military officers determined to clean up corruption in the government of dictator Fulgencio Batista, who seized power in a coup.

Fernandez was arrested for his activities in 1956 and imprisoned on the Isle of Pines, later renamed the Isle of Youth, off the main island’s southwestern coast. He remained behind bars until the revolution triumphed three years later.

On Jan. 12, 1959, less than two weeks after Batista fled the country, revolutionary leader Fidel Castro called Fernandez to a gathering of more than 100 former government officials imprisoned for opposition to the old regime.

Castro “asked me what I would like” in his new government, Fernandez recalled.

Although Fernandez already had found a job at a sugar production plant, Castro asked him to run a new cadet school. However, Castro said he could not match the salary of 1,100 Cuban pesos a month — then worth US$1,100 — that the sugar plant was paying.

Fernandez didn’t know what to say.

“You are right,” Fernandez recalled Castro as saying. “I’ll go write a book about the Sierra Maestra, you go to the sugar plant, and the revolution can go to hell.”

“Fidel could be very persuasive, sometimes very rock-like,” Fernandez said. “I thought about it for five seconds, and two hours later I was at the school for cadets.”

Two years later, with 1,900 troops under his command at the school, Fernandez received an urgent call from Castro: enemy troops had entered the Bay of Pigs off Cuba’s southern coast.

Fernandez commanded militia troops in the battle against about 1,500 Cuban exiles trained and armed by the CIA with the aim of overthrowing the new government.

Three days later, on April 19, Fernandez arrived at Playa Giron on the bay and Cuba declared victory. Fernandez remained with the army and assumed the post of vice defense minister in 1966.

He later traded in his uniform for civilian clothes and worked in the Education Ministry from 1970-90.