LIBREVILLE, Gabon — Soldiers from Gabon’s Republican Guard have appeared on state television saying they have launched a coup “to restore democracy” in the West African country.

Early Monday a soldier who identified himself as Lt. Obiang Ondo Kelly, commander of the Republican Guard, read out a statement saying the military has seized control of the government. He was flanked by two others holding weapons and all were dressed in camouflage uniforms and green berets.

A curfew has been imposed over the capital, Libreville, and the internet has been cut. The city on the Atlantic Ocean coast is being patrolled by military tanks and armed vehicles. No violence has been reported.

President Ali Bongo, in power since 2009, has been out of the country since October amid reports that he had a stroke. He recently addressed the country in a New Year’s message that was filmed in Morocco, where he has been receiving medical treatment. 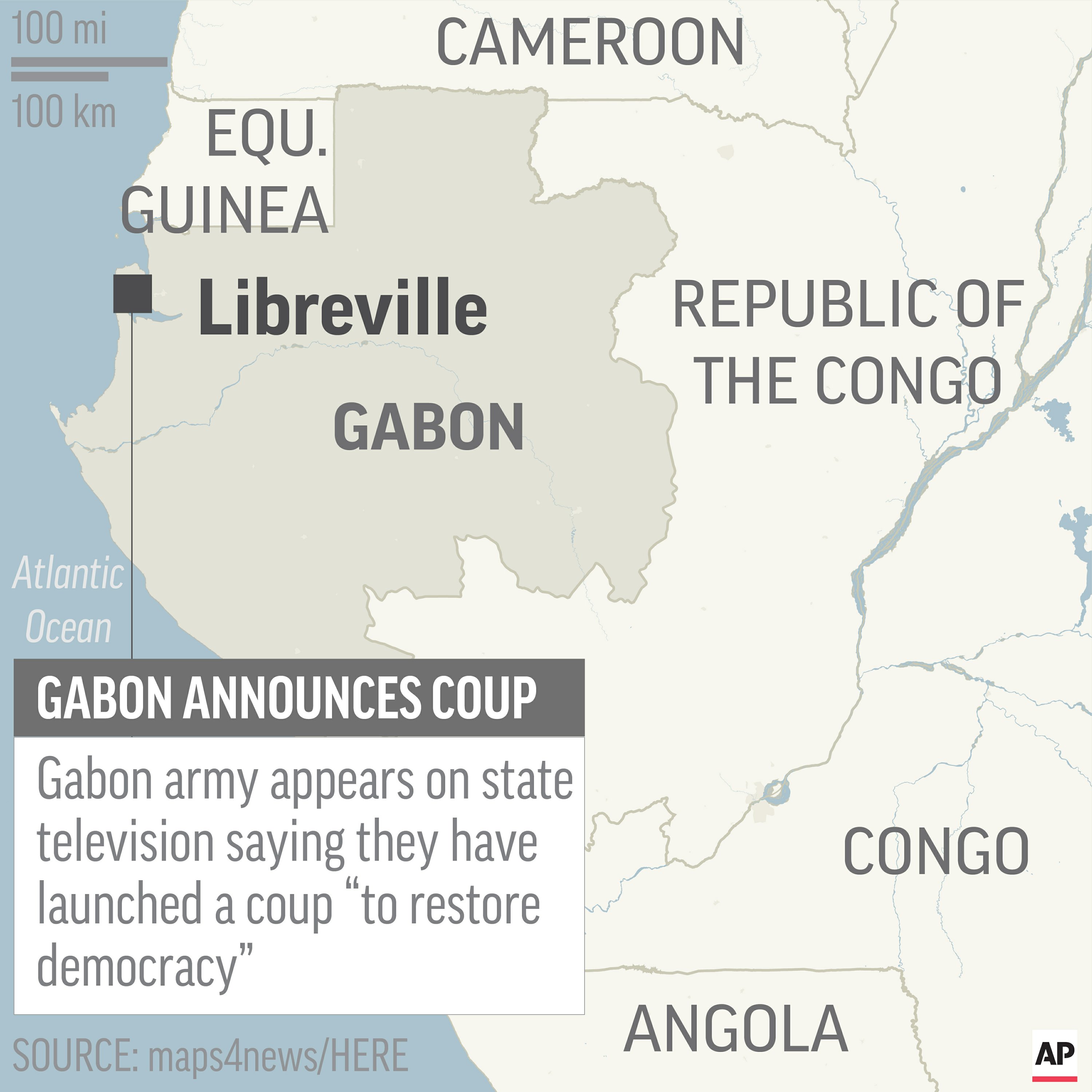 This story has been corrected to show that Bongo’s New Year’s address was not from a hospital bed.