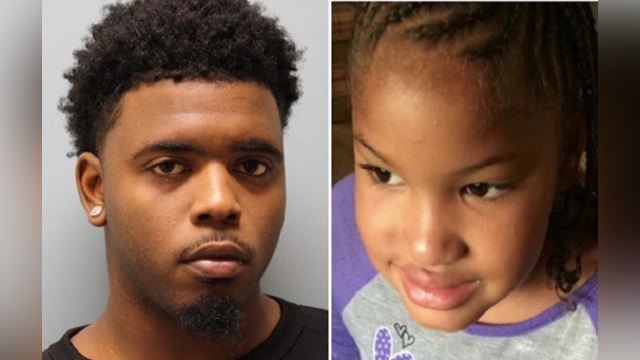 HOUSTON — Activists praised Houston area law enforcement for pursuing a tip that led to the arrest of an African-American man in the fatal drive-by shooting of a 7-year-old black girl, a turn in the case suggesting the attack was not a hate crime as asserted by the girl’s family and some in the community.

Harris County Sheriff Ed Gonzalez announced Sunday that prosecutors had arrested and charged 20-year-old Eric Black Jr. with capital murder in the death of Jazmine Barnes on Dec. 30. Black told investigators he was the driver of the SUV from which a passenger fired into the vehicle and killed Jazmine. Gonzalez said they have identified a second suspect, who also is black, but declined to say if the person is in custody.

The tip that sent the case in a new direction came from social activist and writer Shaun King. Before that tip, police had issued a sketch of a white man based on a description of the shooter provided by Jazmine’s family, and had circulated surveillance video of a red pickup truck he was apparently driving.

The sheriff said there was, in fact, a red pickup truck driven by a white man seen at a stoplight just before the shooting, but the driver did not appear to have been involved. Gonzalez said it was dark, the shooting happened quickly, and the red truck was probably the last thing seen by Jazmine’s family.

King acknowledged on social media his role in providing the tip. The New York-based civil rights activist and former senior justice writer at the New York Daily News highlights racial issues on social media and in his writing. King’s website says he currently uses his platform as a columnist for The Intercept and writer for the Harvard Law School’s Fair Punishment Project “to unearth the truth beyond local media.”

A $100,000 reward, raised in part by King, was offered for information in the Jazmine Barnes case.

Deric Muhammad, an organizer of a rally on Saturday in Houston to demand “Justice for Jazmine,” commended Gonzalez for working with the community to collect evidence leading to the arrest.

“We are still heartbroken at the thought of a 7-year-old innocent child losing her life in such a violent way,” Muhammad said in a statement. “We are no less heartbroken that those person(s) currently charged with this homicide are Black; not White.”

Gonzalez cautioned that authorities were still investigating, but said: “At this point, it does not appear it was related to race.”

Chris Sevilla, Jazmine’s father, said in a brief telephone interview that he was feeling “a bit of relief right now” after the arrest.

The shooting took place while Jazmine, her mother and three sisters were on their way to the grocery store.

Gonzalez said the shooting appears to have been a case of mistaken identity. The killers thought the vehicle was someone else’s they had seen earlier that night. Prosecutors did not say why the killers opened fire.

Court records did not list an attorney for Black, who was arrested Saturday afternoon during a traffic stop. Prosecutors said the 9 mm handgun they believe was used in the shooting had been recovered from Black’s home.

Rep. Sheila Jackson Lee, a black Democrat who represents parts of Houston, said the community came together to help solve the case.

“It’s wonderful to have a sheriff who’s willing to engage in a dialogue about violence, about hate, about guns and we have that along with the (police chief), the mayor of our city,” Lee said.

James Dixon, a prominent pastor in Houston, also thanked Gonzalez for working around the clock in the investigation.

“We are blessed in this city to have the kind of collegial relationships between pastors and law enforcement and elected officials where we all really work together, we cry together, we pray together, we serve together and sacrifice together. In moments like these, we come together in order to mend and heal broken hearts,” Dixon said.