US, Turkey set for negotiations on fate of Kurds 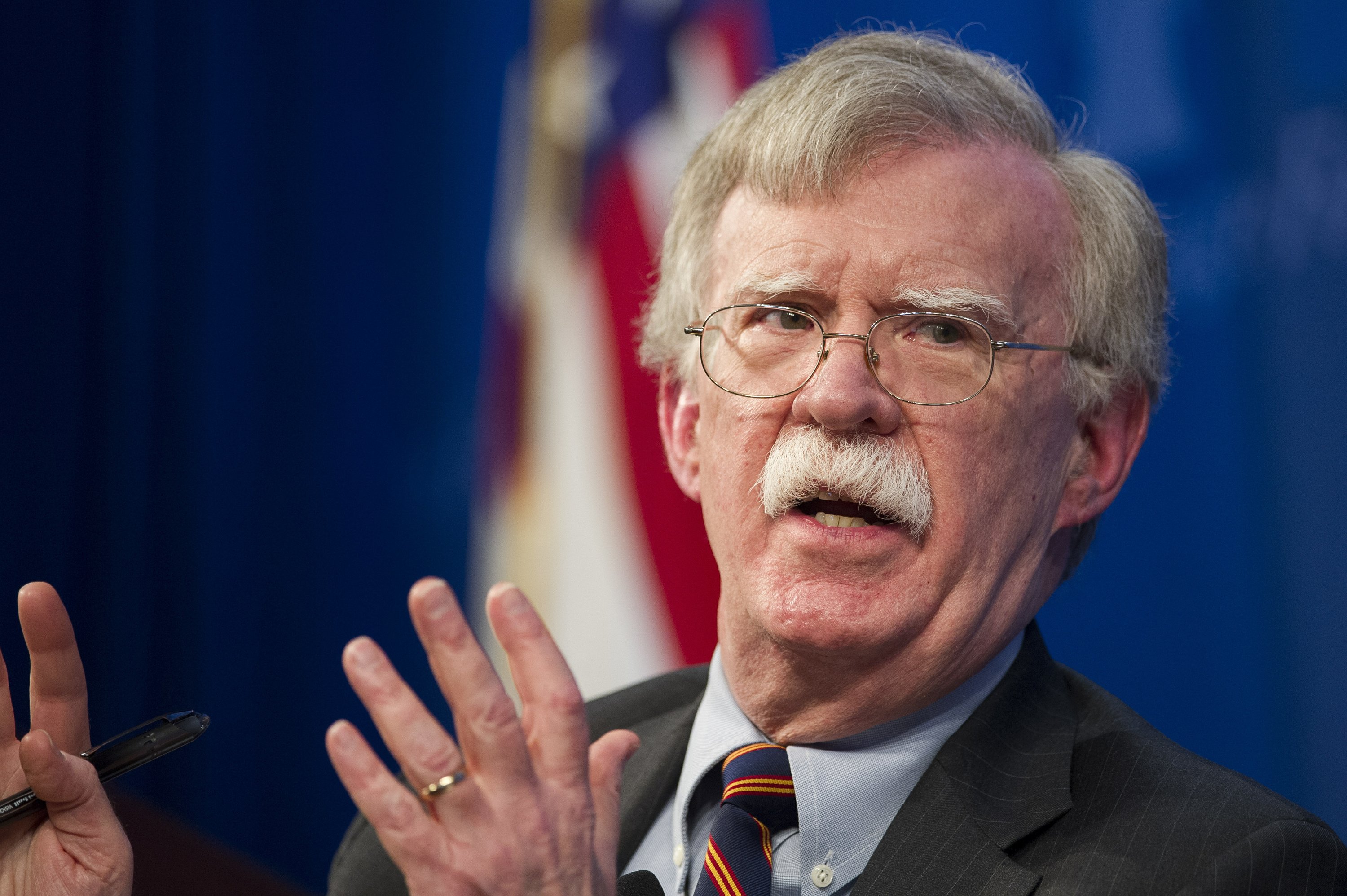 ANKARA, Turkey — U.S. National Security Adviser John Bolton is set to press Turkey for assurances that it won’t attack the Kurdish fighters in Syria, which he said is now a condition for the withdrawal of American troops from northeastern Syria.

Bolton arrived Monday for negotiations with the NATO ally about the safety of the Kurds, who have fought alongside American forces against the Islamic State in Syria, and fear a military assault from Turkey should the U.S. pull out.

His visit comes a day after Bolton said guarantees about the safety of the Kurds were a “condition” of the withdrawal of about 2,000 troops in the region that President Donald Trump ordered last month.

The talks are likely to be contentious, as Turkey considers the Syrian Kurdish People’s Protection Units, or YPG, a terrorist group linked to an insurgency within its borders, and has threatened to mount a campaign against the groups. Bolton, who is expected to meet Tuesday with Turkish officials including President Recep Tayyip Erdogan, said the U.S. would oppose any such move against its allies in the fight against IS.

“We don’t think the Turks ought to undertake military action that’s not fully coordinated with and agreed to by the United States,” Bolton said Sunday. Trump has made clear that he would not allow Turkey to kill the Kurds, Bolton added. “That’s what the president said, the ones that fought with us.”

Turkish Defense Minister Hulusi Akar hit out at Bolton on Monday, saying on Twitter that Turkey’s fight isn’t against Kurds but against Kurdish rebels and Islamic States militants who pose a threat to all ethnic groups.

“Our fight is against YPG, PKK and IS terrorists who are a threat against our Kurdish, Arab, Turkmen brothers and all ethnic and religious groups,” he said. PKK is the outlawed Kurdistan Workers’ Party.

And Turkey’s presidential spokesman, with whom Bolton will meet Tuesday, called allegations that his country planned to attack the U.S.-allied Kurds in Syria “irrational” and said Turkey was fighting terrorism for national security.

“That a terror organization cannot be allied with the U.S. is self-evident,” Ibrahim Kalin said Sunday in comments carried by the official Anadolu news agency.

Bolton had said the protection of U.S. allies in Syria, including the YPG, was among “the objectives that we want to accomplish that condition the withdrawal” of U.S. forces.

Those comments marked the first public confirmation that the drawdown has been slowed since Trump’s announcement in mid-December. Trump had faced widespread criticism from allies about his decision, including that he was abandoning the Kurds in the face of Turkish threats. Officials said at the time that although many details of the withdrawal had not yet been finalized, they expected American forces to be out by mid-January.

At the time, Trump had also said that Turkey would step up the fight against the remnants of the Islamic State in Syria, but Bolton said Sunday U.S. troops will eliminate what remains of IS before leaving northeastern Syria.

Bolton maintained there is no fixed timetable for completing the drawdown, but insisted it was not an indefinite commitment to the region. Still, some 200 U.S. troops will remain in the vicinity of al-Tanf, in southern Syria, to counter growing Iranian activity in the region, he said.

In meetings with Turkish officials Tuesday, Bolton said he will seek “to find out what their objectives and capabilities are and that remains uncertain.”

He will be joined by the chairman of the U.S. Joint Chiefs of Staff Gen. Joseph Dunford, who will remain in Turkey for additional meetings with Turkish military officials centered pressing for protection for the Kurds, as well as Jim Jeffrey, the special representative for Syrian engagement and the newly named American special envoy for the anti-Islamic State coalition. Jeffrey will travel from Turkey into Syria to reassure the Kurdish fighters that they are not being abandoned, Bolton said.

A senior Kurdish official said Monday that Syria’s Kurds are awaiting clarifications from the U.S. Speaking to The Associated Press from northern Syria Monday, Badran Jia Kurd said the Kurds have not been informed of any change in the U.S. position and were in the dark about Bolton’s latest comments.

Bolton said the U.S. has asked the Kurds to “stand fast now” and allow the U.S. to continue negotiations. “I think they know who their friends are,” he added, speaking of the Kurds.