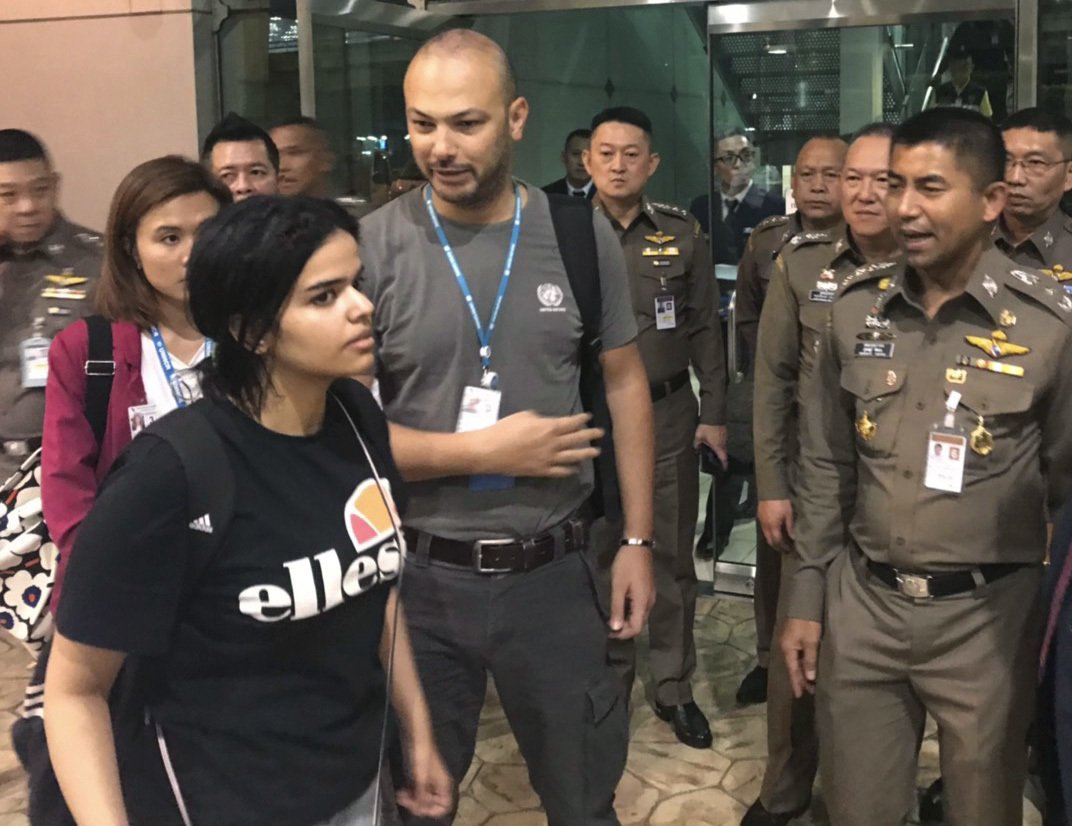 The president will argue that a “crisis” at the U.S.-Mexico border requires the barrier he’s demanding before ending the partial government shutdown; Senior Democrats call for chance to a televised response.

Longer lines at security checkpoints and a reduction in safety inspections are the early signs of how the partial government shutdown is affecting air travel.

3. KIM ARRIVES IN BEIJING FOR TALKS

The North Korean leader begins a four-day visit in what’s likely an effort to coordinate with his only major ally, China’s Xi Jinping, ahead of a summit with Trump that could happen early this year.

Human Rights Watch calls on Australia to allow entry to Rahaf Mohammed Alqunun, who’s being processed by U.N. refugee authorities in Thailand after fleeing her homeland.

5. WHO APPEARED TO SNUB BOLTON

The U.S. national security adviser is departing Turkey without meeting with President Erdogan, an apparent rebuke over disagreements about Kurdish fighters in Syria as Ankara readies for a cross-border military operation.

America’s top diplomat will visit Jordan, Egypt and Gulf nations to talk to regional leaders about ramping up pressure on Iran.

The former Nissan Chairman defends his honor in his first public appearance since he was arrested in November and charged with false financial reporting.

8. WHAT IS GOING LARGELY UNUSED IN ECUADOR

The Union of South American Nations’ headquarters is suffering as the region takes a conservative political shift.

The former “House of Cards” star is accused of groping an 18-year-old busboy in 2016 at a Nantucket bar in the first criminal case brought against the disgraced actor.