Can Trump use an emergency to build his wall? 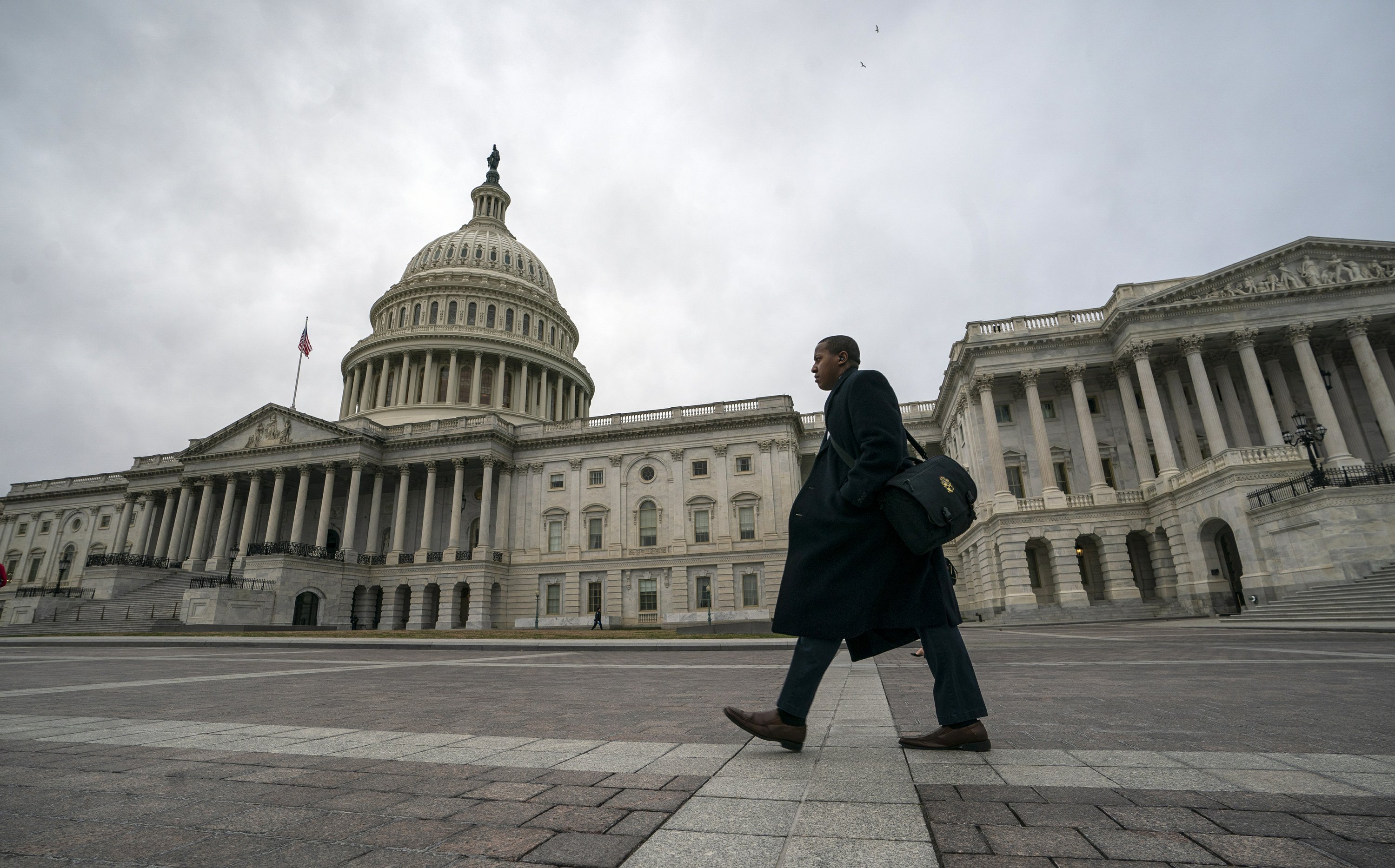 WASHINGTON — The Trump administration is weighing using a national emergency declaration to circumvent Congress and the budget stalemate and force construction of the president’s long-promised southern border wall.

“We’re looking at a national emergency because we have a national emergency,” President Donald Trump told reporters Sunday amid stalled negotiations. He said during a press conference Friday that he would prefer to win the money he’s demanding via Congress, but could “absolutely” call an emergency “and build it very quickly.”

Such a move would be a dramatic escalation of the current showdown, which has forced a partial government shutdown that’s now in its third week. Here’s what we know:

WHY AN EMERGENCY DECLARATION?

The administration has spent months trying to figure out how the president might be able to move forward with the wall — the central promise of his 2016 campaign — if Congress refuses to give him the money.

As early as last March, Trump was publicly floating the idea of using the military for the task. “Building a great Border Wall, with drugs (poison) and enemy combatants pouring into our Country, is all about National Defense. Build WALL through M!” he tweeted then.

But it’s Congress — not the president — that controls the country’s purse strings and must appropriate money he wants to spend.

Enter the emergency declaration, an option the White House counsel’s office is currently reviewing. Among the laws Trump could turn to is Section 2808 of the Title 10 U.S. Code pertaining to military construction.

According to the statute, if the president declares an emergency “that requires use of the armed forces,” the Defense Secretary “may undertake military construction projects, and may authorize the Secretaries of the military departments to undertake military construction projects, not otherwise authorized by law that are necessary to support such use of the armed forces.”

There are more than 100 such provisions giving the president access to special powers in emergencies. And Congress has typically afforded the president broad authority to determine what constitutes an emergency and what does not, said Elizabeth Goitein, co-director of the liberty and national security program at the Brennan Center for Justice.

“Absolutely it’s an abuse of power for the president to declare a national emergency when none exists and to use it to try to get around the democratic process,” she said. “But we are in a situation where our legal system for emergency powers almost invites that kind of abuse.”

WHAT WOULD HAPPEN THEN?

Such a move is sure to spark a flood of legal challenges questioning the president’s authority as well as whether the situation at the border really constitutes an emergency. Trump has been trying to press that case in recent days, insisting the situation qualifies as a security and humanitarian “crisis.”

He’ll also run into other questions.

“The problem for the Trump administration is that border security is fundamentally a law enforcement issue that does not require the use of the military,” said Todd Harrison, a defense budget expert at the Center for Strategic and International Studies, via email. “So I think they would be on shaking legal ground trying to use emergency authorities this way, and it is almost certain that they would end up in court.”

Sen. Jack Reed, the ranking Democrat on the Senate Armed Services Committee, said it would be inappropriate for Trump to use Section 2808.

“We are not at war with Mexico, and the proposed border wall has no core (Defense Department) function. Indeed, the Pentagon’s most recent National Defense Strategy doesn’t mention the southern border as a national defense priority,” Reed said.

House Armed Services Committee Chairman Adam Smith, speaking on CNN, said that even if Trump could declare an emergency, it would be a “huge mistake.”

“There clearly is no national emergency. But they asked me, ‘Can he do it?’ Yeah he can. It would be wrong, it would be horrible policy and I’m totally and completely against it. But from a legal standpoint he can do it,” Smith said.

He and others agreed that any declaration would surely be challenged in court.

SO WILL HE DO IT?

It’s unclear. Back when Trump dispatched active-duty troops to the southern border ahead of the midterm elections in what critics panned as a politically-motivated abuse of power, he described the situation as a “national emergency,” but never signed an official proclamation.

But Trump is now under growing pressure to find a way to end the shutdown without appearing as though he’s caved on the wall.

Trump “needs to use every tool available to him as the commander-in-chief of our armed services to go and enforce our laws by putting the military on our southern border, by having them build the wall if they need to,” his former campaign manager Corey Lewandowski urged on Fox News.

White House Press Secretary Sarah Sanders said the president remains “prepared to do what it takes to protect our borders, to protect the people of this country.”

“We’re looking and exploring every option available that the president has,” she said.