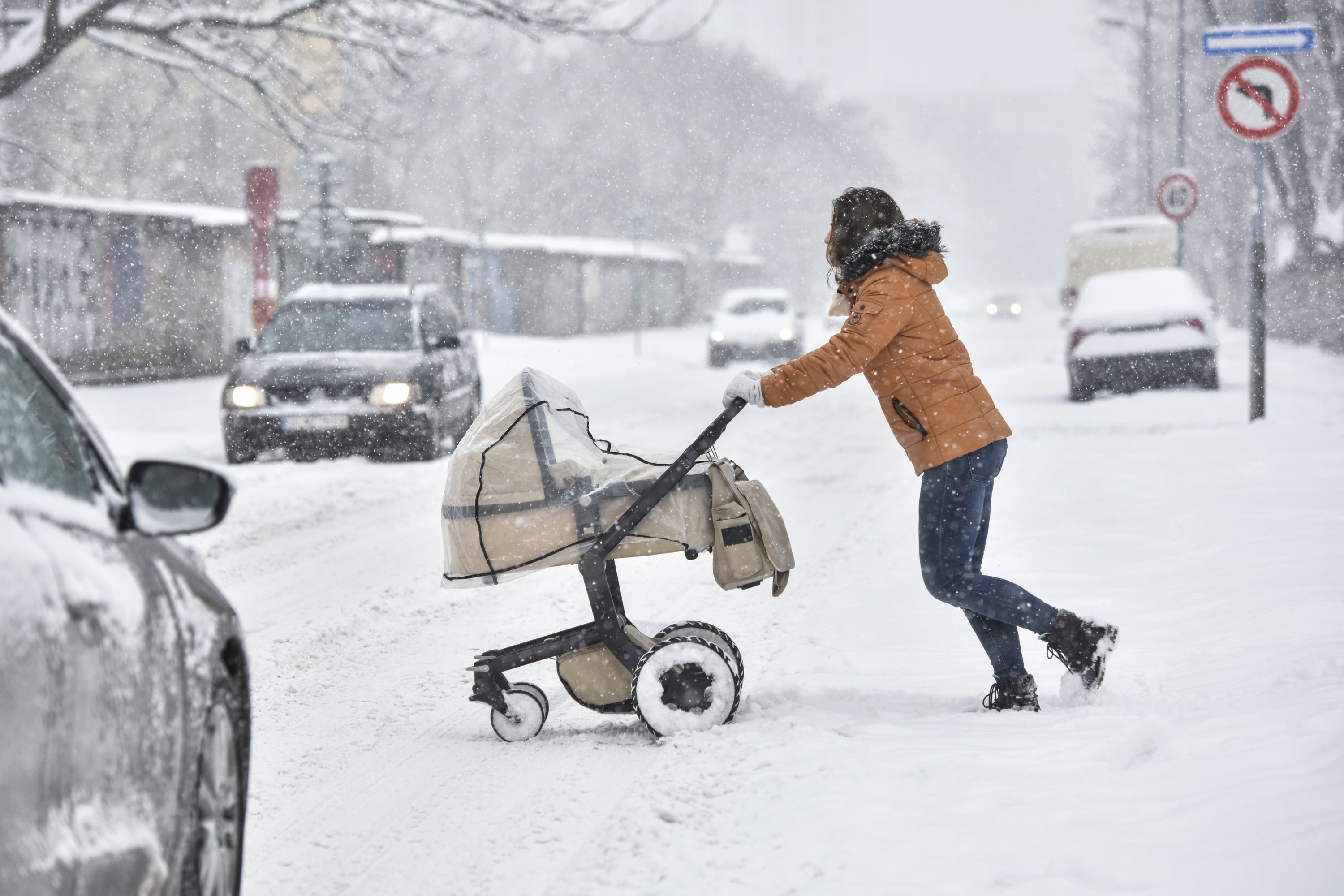 BERLIN — Deadly winter weather blasted Europe for yet another day Tuesday, trapping hundreds of people in Alpine regions, whipping up high winds that caused flight delays and cancellations and raising the risks of more deadly avalanches in the mountains.

At least 13 people have been killed in weather-related accidents in Europe over the last week, most of them from avalanches.

In Norway, attempts to find the bodies of four skiers were again put on hold due to poor visibility and heavy snowfall. A 29-year Swedish woman and three Finns, aged 29, 32 and 36, were presumed dead after a 300-meter (990-foot) wide avalanche hit a valley near the northern city of Tromsoe last week.

Romanian police on Tuesday found the frozen body of a 67-year-old man in a carpark in the southern city of Slatina after his wife reported he hadn’t returned from work the previous day. Temperatures in Romania plunged to a low of minus 24 Celsius (minus 11.2 Fahrenheit) in one area.

In Austria, hundreds of residents were stuck in their homes due to blocked roads and some regions experienced power outages after snow-laden trees took down power lines.

Schools in some Austrian regions remained closed for a second day and homeowners were advised to remove snow from their roofs after several buildings collapsed. A 78-year-old man was severely injured when he fell off the roof of his home in Turrach while shoveling snow, Austrian public broadcaster ORF reported.

On Monday night, 11 German hikers had to be rescued by mountaineers from a cabin near Salzburg, after having been snowed in without electricity and little food since Friday. Other people have also been killed by avalanches in Switzerland, Austria and Germany, and authorities warned that continuing snowfall is increasing the already high risk of more avalanches.

In southern and eastern Germany, people were bracing for more snow, while in the northern coastal city of Hamburg, residents were preparing for a storm flood caused by a winter gale, the German news agency dpa reported.

In the Netherlands, Amsterdam’s busy Schiphol Airport warned of delays and cancellations Tuesday. Dutch carrier KLM canceled 159 flights to and from European destinations. Flight cancellations were also reported in Slovakia.

Low-lying northwestern coastal regions in the Netherlands were being hit by strong winds and wild seas, and local water authorities were checking dikes to make sure they were not damaged.

The Noorderzijlvest water authority said it was monitoring dikes because of debris floating in the sea after 281 shipping containers tumbled off a cargo ship in a storm last week. Many of the containers are still at sea and some have broken open, spilling their contents.

“A fridge or container that is rammed against a dike can cause damage,” the authority said.

Heavy snowfall and strong winds were reported Tuesday over central Scandinavia, hampering efforts to restore electricity that had gone out after a hefty storm swept through northern Europe on Jan. 2.

In Greece, schools in Athens and many surrounding areas remained closed after snowfall blanketed the capital and temperatures in some parts of the Mediterranean nation plunged well below freezing. Some rural mountain roads were closed.

Dozens of refugees housed in tents in a camp in northern Greece have protested living conditions as temperatures sunk to minus 20 degrees Celsius (minus 5 degrees Fahrenheit) in some areas. Even many of Greece’s islands have seen snowfall.