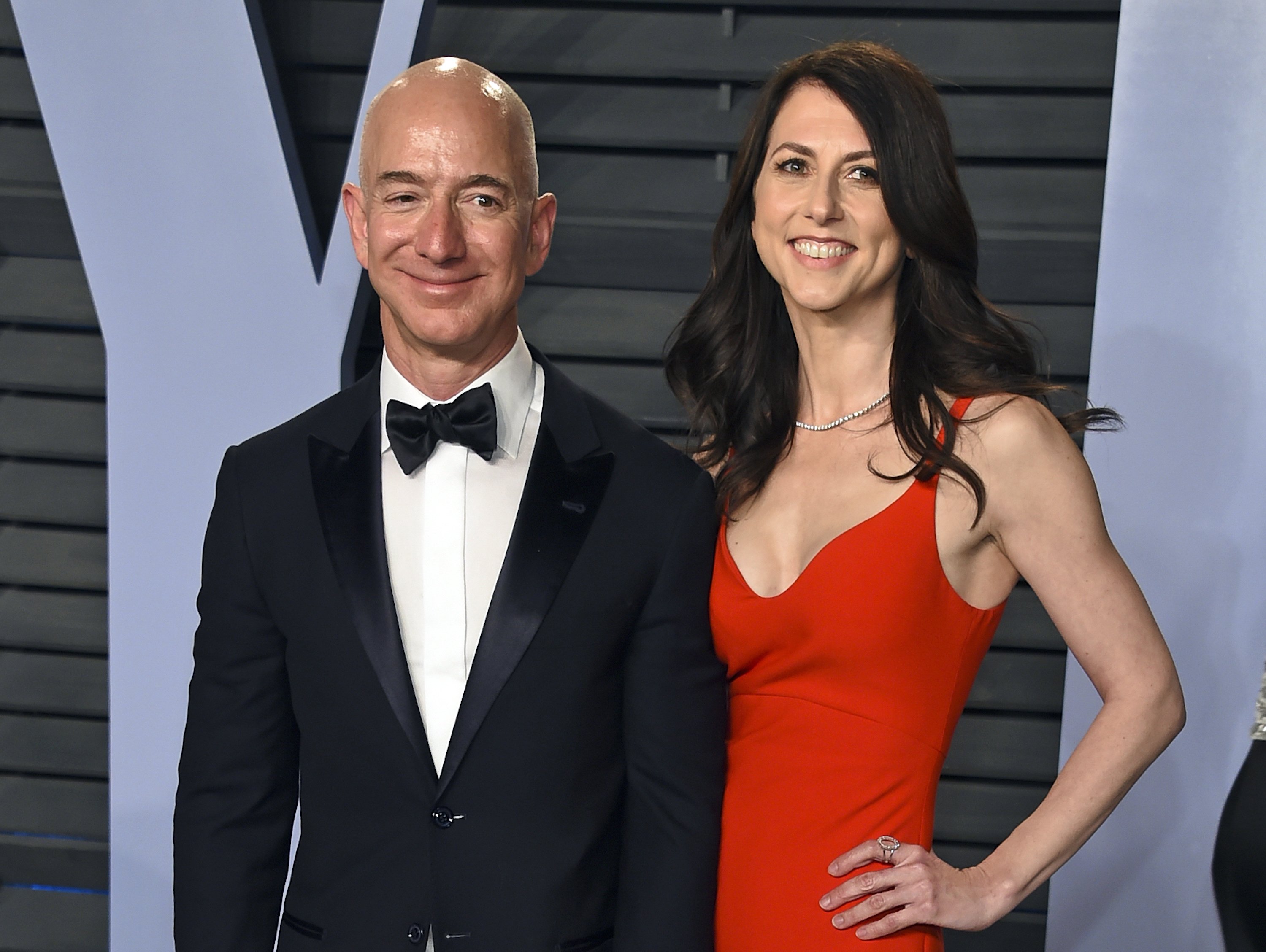 SEATTLE — Amazon CEO and founder Jeff Bezos is divorcing his wife MacKenzie, ending a 25-year marriage that played a role in the creation of an e-commerce company that made him the world’s wealthiest person.

The decision to divorce comes after a trial separation, according to a statement posted Wednesday on Bezos’ Twitter account. Both Bezos and MacKenzie signed the announcement that ended with a vow to remain “cherished friends.”

Left unanswered was one of the biggest sticking points in any divorce: How the assets amassed during the marriage will be divided.

And there has never been more money than in this case.

Bezos’ fortune currently hovers around $137 billion, based on estimates by both Forbes and Bloomberg. Virtually all of that is tied up in the nearly 79 million shares of Amazon stock (currently worth about $130 billion) that Bezos owns in the Seattle company, translating into a 16 percent stake. Bezos also owns rocket ship maker Blue Origin and The Washington Post, which he bought for $250 million in 2013.

Amazon’s origins trace back to a road trip that Bezos took with MacKenzie, not long after they met in New York while working at hedge fund D.E. Shaw. They got married just six months after they began dating, according to Bezos.

Not long after they got married, Bezos quit his job at Shaw and started an online book store. While MacKenzie did the driving, Bezos wrote a business plan as they traveling across the country to Seattle — chosen for its abundance of tech talent. By July 1995, Amazon was operating out of a garage, with MacKenzie lending a hand, according to a review she posted on Amazon in 2013 panning “The Everything Store,” a book about Bezos and the company written by Brad Stone.

“I was there when he wrote the business plan, and I worked with him and many others represented in the converted garage, the basement warehouse closet, the barbecue-scented offices, the Christmas-rush distribution centers, and the door-desk filled conference rooms in the early years of Amazon’s history,” MacKenzie recalled.

Amazon has since evolved from an upstart website selling books to an e-commerce goliath that sells virtually all imaginable merchandise and runs data centers that power many other digital services such as Netflix. It also has become a leader in the voice-activated speakers in Echo, which is emerging as a command center for internet-connected homes while also making it easier for people to buy more stuff from Amazon.