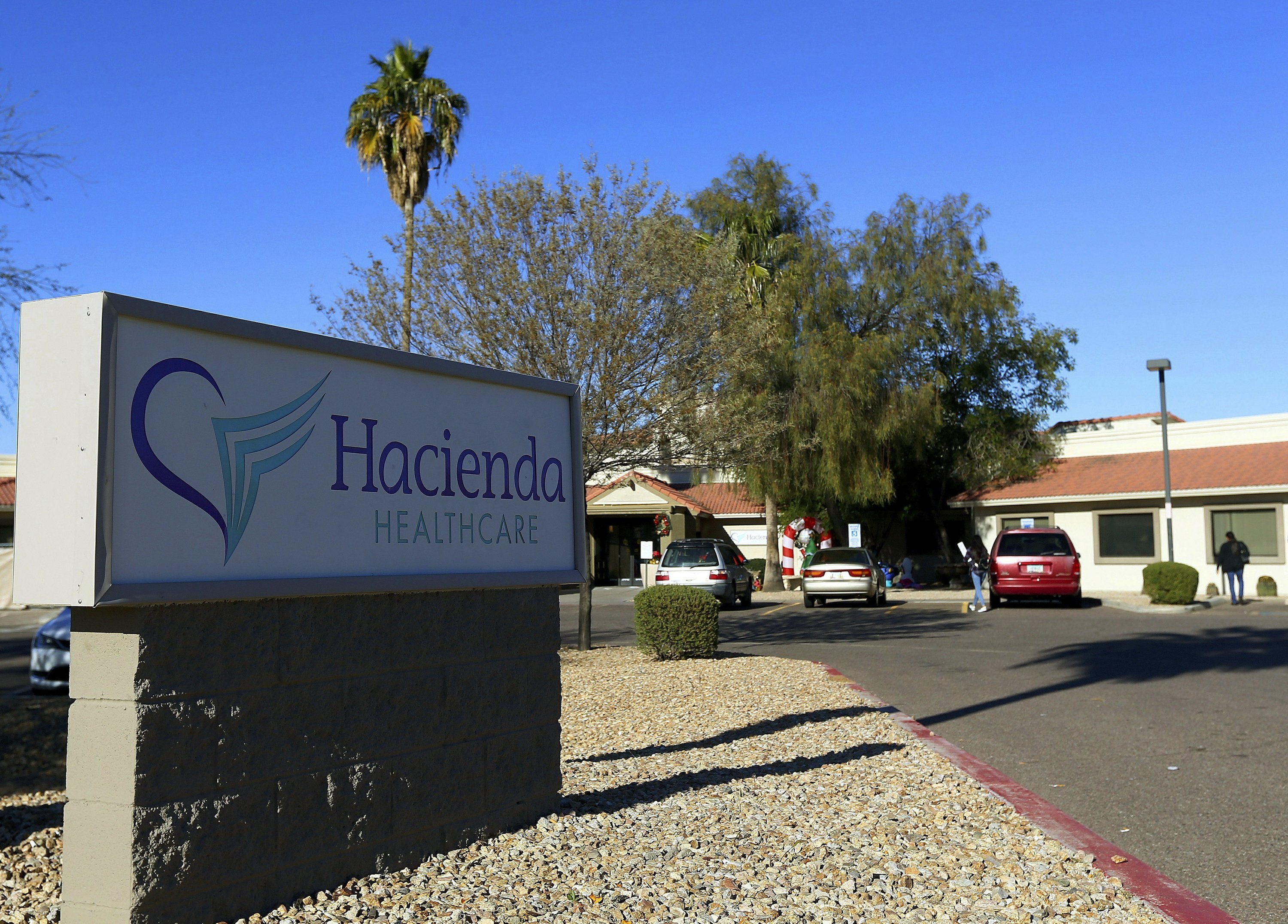 PHOENIX — Police served a search warrant Tuesday to get DNA from all male employees at a long-term care facility in Phoenix where a patient who had been in a vegetative state for years gave birth, triggering reviews by state agencies and putting a spotlight on safety concerns for patients who are severely disabled or incapacitated.

Hacienda HealthCare said it welcomed the DNA testing of employees.

“We will continue to cooperate with Phoenix Police and all other investigative agencies to uncover the facts in this deeply disturbing, but unprecedented situation,” the company said in a statement.

Local news website Azfamily.com first reported the woman, who had been in a vegetative state for more than 10 years after a near-drowning, delivered a baby on Dec. 29. Her identity has not been reported, and it’s not known if she has a family or a guardian. It’s also unclear if staff members at the Hacienda de Los Angeles facility were aware of the pregnancy until the birth.

In a statement, board member Gary Orman said the facility “will accept nothing less than a full accounting of this absolutely horrifying situation.”

“We will do everything in our power to ensure the safety of every single one of our patients and our employees,” Orman said.

Hacienda CEO Bill Timmons stepped down Monday, spokesman David Leibowitz said. The decision was unanimously accepted by the provider’s board of directors.

The Hacienda facility serves infants, children and young adults who are “medically fragile” or have developmental disabilities, according to the website. In the wake of the reports, the Arizona Department of Health Services said new safety measures have been implemented. They include increased staff presence during any patient interaction, more monitoring of patient care areas and additional security measures involving visitors.

The state’s online complaint database for care facilities shows multiple complaints about Hacienda de Los Angeles going back to 2013. Most of them involve fire drill and evacuation preparation or Medicaid eligibility. But one complaint from December 2013 outlines an allegation that a staff member made inappropriate sexual comments about four patients two months earlier. Nobody relayed the incidents to an administrator. That employee was later fired.

Martin Solomon, a personal injury attorney in Phoenix whose clients are mostly vulnerable adult victims of abuse and neglect, said a lawyer representing this woman should call for all pertinent medical records, a list of current and ex-employees and any past litigation involving Hacienda. It would be the police who would lead DNA testing to figure out who fathered the baby, Solomon said.

It would be hard for Hacienda to escape any kind of liability in court.

“There’s a lot of information we do not have, But things like this don’t happen without someone either knowing about it or should have known about it,” Solomon said. “Whether it’s an employee or someone from the outside, the facility has an obligation to protect residents.”

“I think when you’ve had somebody who’s had multiple allegations from different parties, there has to be some way to track that,” McFadden said. “If it’s the same story from different people, then there’s something wrong.”

The council recently formed a task force to look at how to improve training for health care workers when it comes to identifying and reporting sexual abuse.

“We don’t have a systematic way to train people what’s a good touch or a bad touch. We also don’t have required training for providers,” McFadden said. “We really need a lot of work in this area.”

Jon Meyers, executive director of The Arc of Arizona, an advocacy group for people with intellectual and developmental disabilities, called the allegations “disturbing, to put it mildly.”

“I wasn’t there. I clearly don’t have firsthand knowledge of what happened,” Meyers said. “But I can’t believe someone receiving that level of constant care wasn’t recognized as being pregnant prior to the time she delivered.”