Fate of detained IS fighters uncertain as US exits Syria 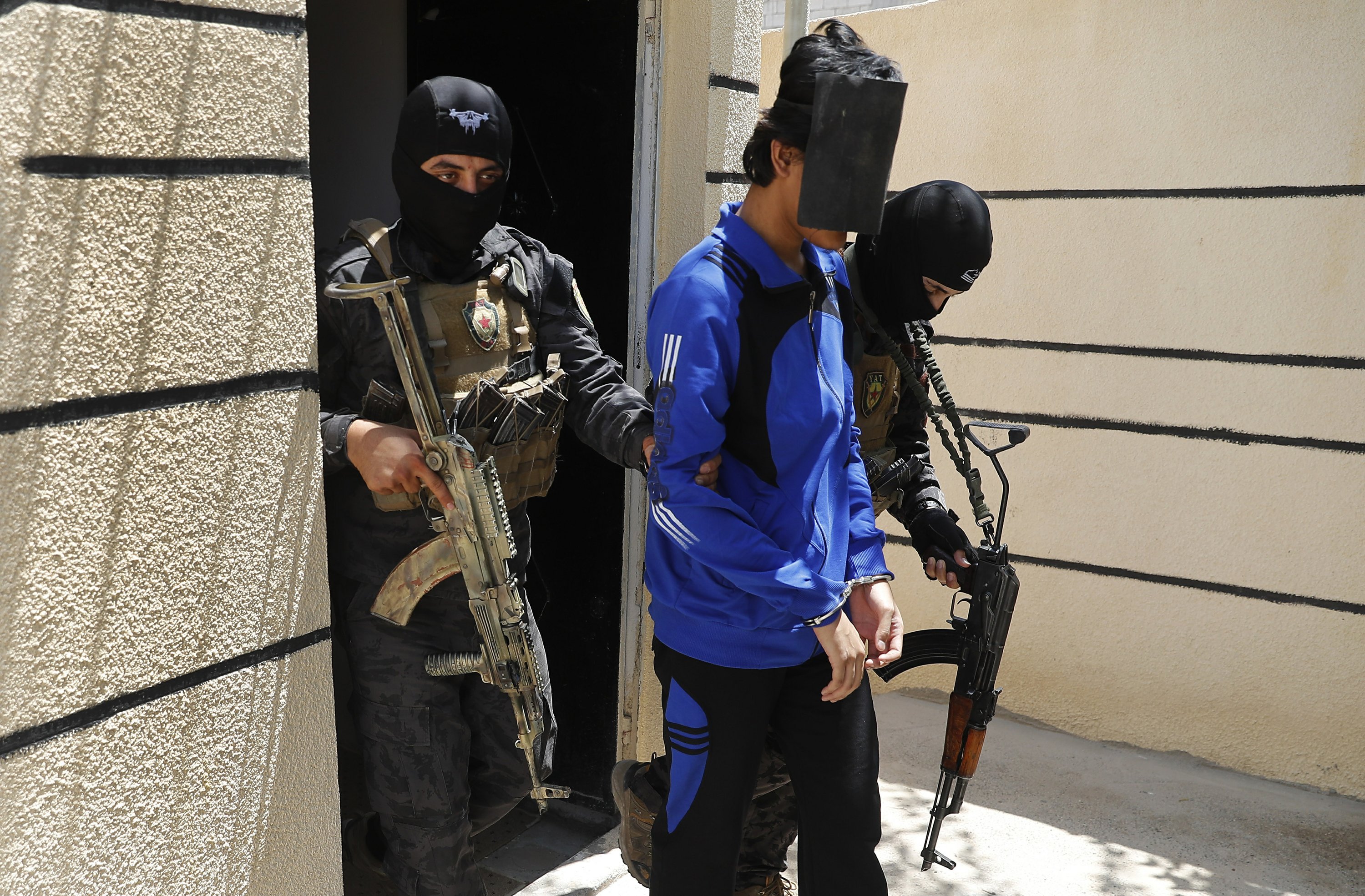 WASHINGTON — What to do with hundreds of foreign Islamic State fighters captured in Syria has become a critical and growing problem for the Trump administration as it prepares to pull troops out of the country.

A senior administration official said Tuesday that resolving the fate of these prisoners is a top priority as the government lays the groundwork with allies to comply with President Donald Trump’s Dec. 19 order to withdraw the 2,000 American troops from Syria, where they have been working alongside the U.S.-backed Syrian Defense Forces to fight the Islamic State group since 2015.

But there are no easy answers. The official, speaking on condition of anonymity, said releasing the fighters, among them Europeans and some U.S. citizens, would be “unacceptable” since they could simply rejoin the remnants of Islamic State fighters in Syria or elsewhere.

“This matters because SDF holds hundreds of IS fighters, including many European citizens, and they might go free if no solution is found,” said Bobby Chesney, a national security law expert at the University of Texas.

European nations have been reluctant to take back citizens with ties to the Islamic State, not wanting the legal challenge of prosecuting them or the potential security risk if they are released.

And moving former fighters to the United States poses some of the same challenges the U.S. has faced with men detained at the military base at Guantanamo Bay, Cuba, including whether it’s feasible to prosecute militants captured on the battlefields of northern Syria, according to experts.

Meanwhile, the prisoner problem is only growing worse.

On Sunday, the Syrian Defense Forces announced the capture of five fighters, including two U.S. citizens, one of whom has been identified as a former school teacher from Houston.

Secretary of State Mike Pompeo just began a tour of eight Middle Eastern nations to discuss the withdrawal of the American troops. National security adviser John Bolton returned Tuesday from a meeting in Turkey, where he was seeking a guarantee of safety for the Kurdish fighters who have fought alongside U.S. troops against the Islamic State.

There are fears that the U.S. withdrawal will leave a door open for Turkey to assault the U.S.-allied SDF fighters. Turkey views them as part of a terrorist group linked to an insurgency within its own borders. SDF commanders have warned that they will be unable to hold the 700 prisoners if Turkish forces invade Syria following a U.S. withdrawal.

Administration officials so far do not have a plan for what to do with the prisoners, according to a separate U.S. official, who said that few countries have been willing to accept any of their captured citizens. Both officials spoke on condition of anonymity because they weren’t authorized to disclose the information publicly.

In a recent case of an American suspected of IS membership, U.S. officials wrestled for more than a year, never charged him and then ultimately released him in Bahrain.

The problem has been further complicated by conflicting reports of Trump’s timeline for recalling the 2,000 U.S. troops from Syria. When he made his surprise announcement of the withdrawal three weeks ago, Trump said he wanted to complete it quickly. His abrupt decision led to the resignations of Defense Secretary Jim Mattis and Brett McGurk, special presidential envoy for the global coalition to defeat IS.

“These questions are hard enough, if you know the timeline on which you’re making them — if you know what the U.S. involvement will or won’t be over that timeline,” Geltzer said.

One of the foreign fighters recently captured is Warren Christopher Clark, a former substitute schoolteacher from Houston, Texas, who was first identified by George Washington University’s Program on Extremism. Researchers spent months investigating to confirm his identity through multiple sources. The program has identified more than 73 Americans, by their legal names, who are known to have joined jihadist groups.

“Clark is one of several dozen Americans to join the Islamic State out of the around 295 whom intelligence officials claim have traveled or attempted to travel to Syria and Iraq to join the terrorist group,” according to Seamus Hughes, deputy director of the Program on Extremism.

Clark was captured along with four other foreign jihadists — two from Pakistan, one from Ireland and a fourth man, Zaid Abed al-Hamid, who also is believed to be from the United States, although that has not been confirmed.

In a letter to IS that was obtained by the researchers, Clark submitted a resume noting that he had a bachelor’s degree from the University of Houston, had worked as a substitute teacher at the Fort Bend Independent School District in Sugar Land, Texas, and had done teaching stints in Saudi Arabia and Turkey.

“Dear Director, I am looking to get a position teaching English to students in the Islamic State,” he wrote to the group in an accompanying cover letter. “Teaching has given me the opportunity to work with people from diverse cultural backgrounds and learning capabilities.”