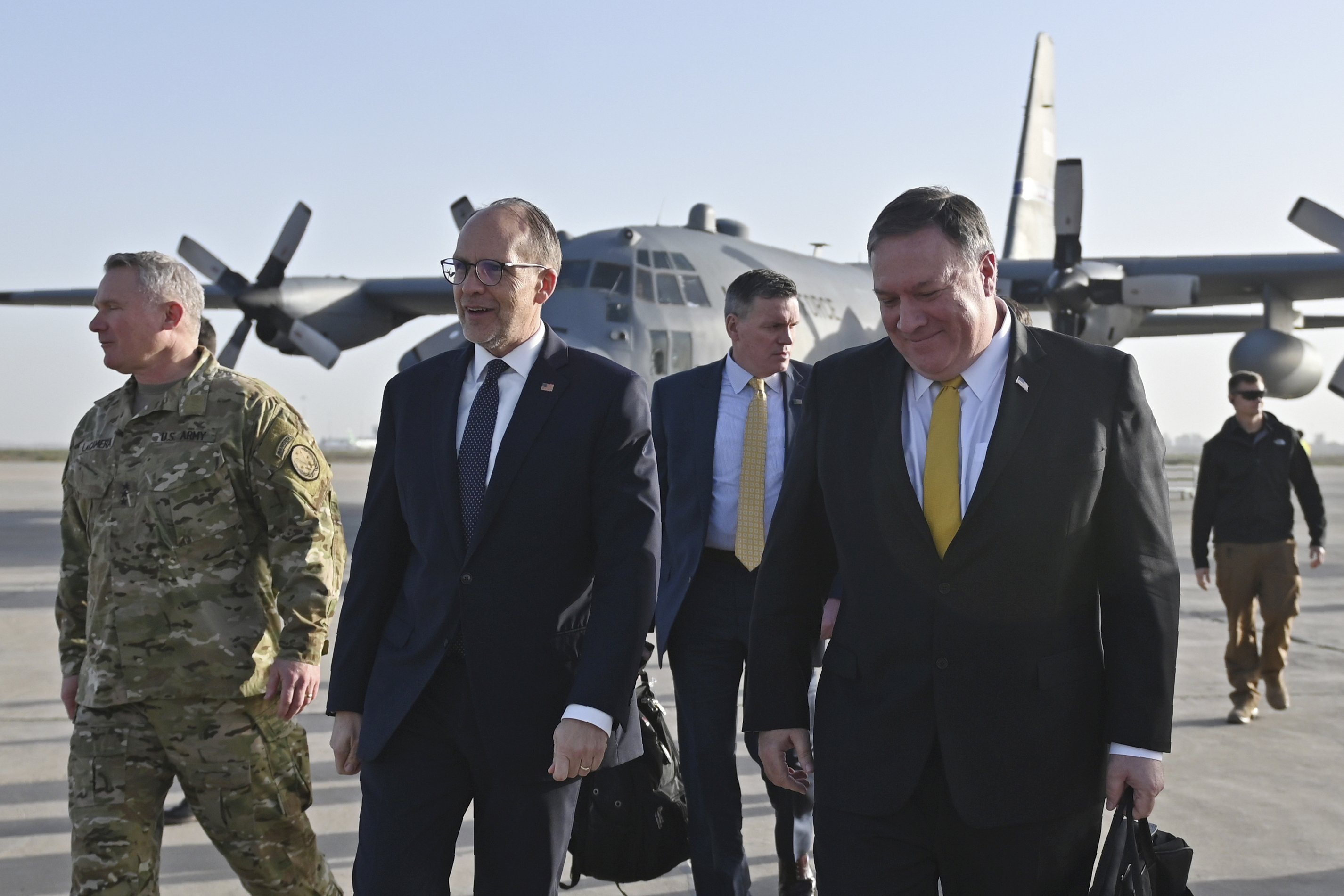 BAGHDAD — U.S. Secretary of State Mike Pompeo visited Iraq on Wednesday in an unannounced stop on his Mideast tour meant to promote the White House’s hard-line position on Iran.

The trip comes amid confusion over conflicting statements by President Donald Trump and senior U.S. officials about a planned U.S. troop withdrawal from Syria, where Iran is backing President Bashar Assad in that country’s civil war.

Pompeo and Iraqi Prime Minister Adel Abdul-Mahdi discussed efforts to ensure the “lasting defeat throughout the region” of the Islamic State group, whose tactics have shifted to guerrilla warfare after losing nearly all of the territory the militants once controlled in Iraq and Syria.

In Jordan on Tuesday, Pompeo said the pullout would not detract from U.S. efforts to contain Iran’s considerable clout in the region. The White House reinstated sanctions against Iran last year for allegedly violating the 2015 nuclear deal championed by former President Barack Obama. International nuclear inspectors had said there was no evidence that Iran was violating the deal.

Pompeo’s visit is the third high-profile visit by an American official to Iraq in the last month. Iraqi politicians were incensed when Trump last month made an unscheduled visit to a U.S. base in western Iraq without also meeting Prime Minister Adel Abdul-Mahdi, as his predecessors Obama and George W. Bush had done.

Trump said on his Dec. 26 visit that the United States could use its bases in Iraq as a platform for continued operations against the Islamic State group in Syria.

The visit left lawmakers smarting and prompted calls to annul a 2014 agreement that brought U.S. forces back to Iraq. Some 5,200 U.S. troops are now stationed in the country.

Earlier in December, U.S. Energy Secretary Rick Perry urged Iraq to sever its energy dependence on Iran and open its energy sector to American investment. He was in Baghdad with a trade delegation arranged by the U.S. Chamber of Commerce.

Pompeo was expected in Cairo later on Wednesday.