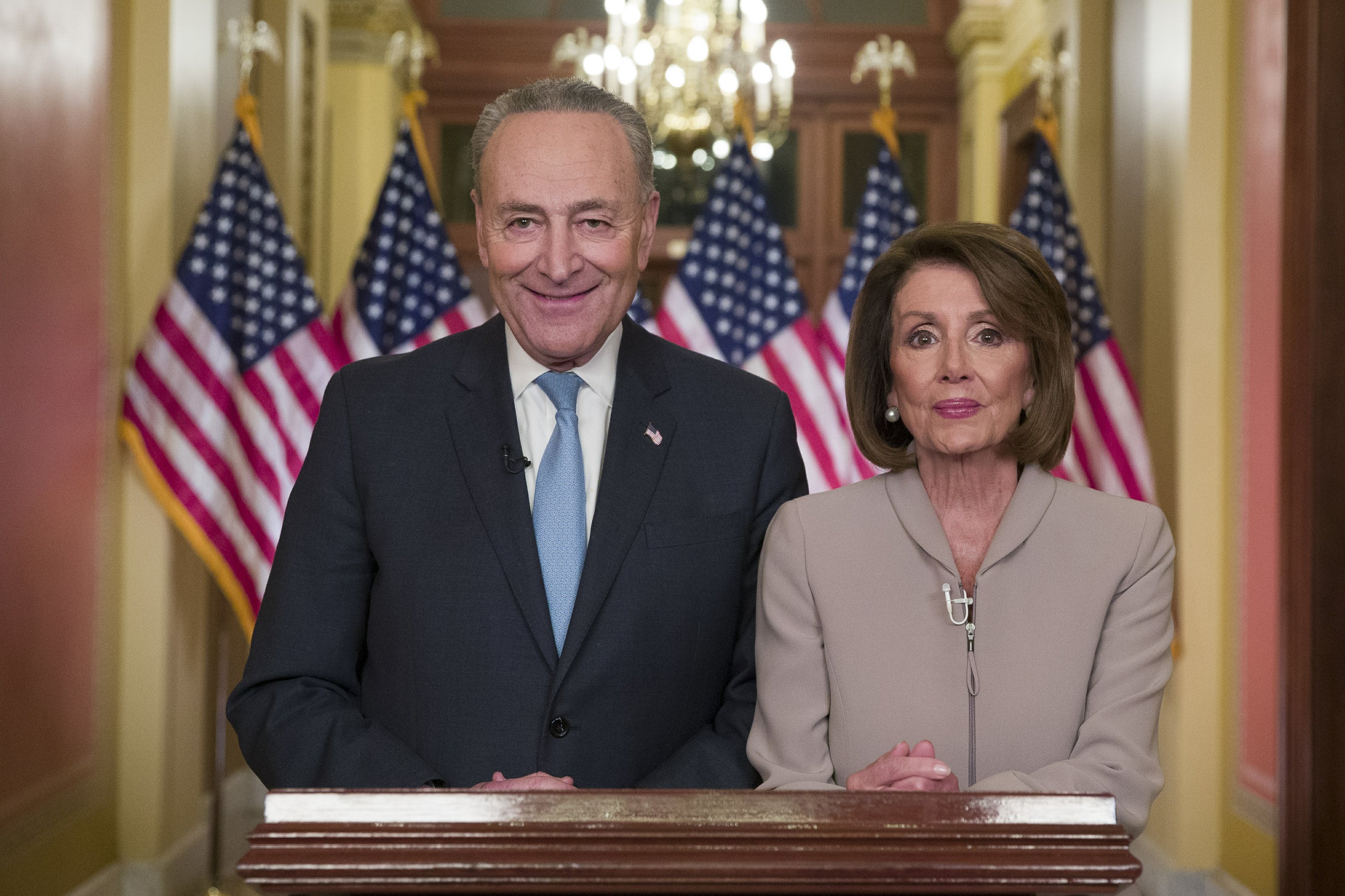 WASHINGTON — Top congressional Democrats said Tuesday that President Donald Trump “has chosen fear” in his drive to build a southern border wall and called on him to reopen the government shuttered because of the standoff over his demand for money for the barrier.

Speaking moments after Trump made his case for the wall in an Oval Office address, House Speaker Nancy Pelosi told a national television audience that the president’s rhetoric has been “full of misinformation and even malice.”

Standing alongside her, Senate Minority Leader Chuck Schumer said America’s symbol “should be the Statute of Liberty, not a 30-foot wall.” He accused Trump of trying to “stoke fear and divert attention” from his tumultuous administration.

The Democrats’ prime-time remarks were something of a debut for the newly empowered opposition. Less than a week after Democrats seized control of the House, Pelosi and Schumer stood side-by-side at a lectern in a joint appearance that appeared designed to emphasize their party’s unity.

They spoke moments after Trump warned of a “growing humanitarian and security crisis” at the border with Mexico. He said it was “immoral” for politicians “to do nothing and continue to allow more innocent people to be so horribly victimized” by the drugs and criminals he claims are streaming across the boundary.

Trump and the Democrats have been dueling during a partial government shutdown over his demands for — and their opposition to — $5.7 billion to begin building a border wall with Mexico. Some 800,000 federal employees are working without pay or have been furloughed at dozens of federal agencies, and each side is blaming the other for the closure.

The longest shutdown ever was 21 days that stretched from December 1995 into January 1996.

Polls have shown that Trump’s proposed wall and the shutdown fight have played well with his die-hard conservative supporters, but poorly with the general public. The wall was one of Trump’s highest-profile campaign promises and his performance on that issue could have a major impact on his 2020 re-election effort, while Democrats have made opposition to the proposal a cornerstone goal.

Pelosi, D-Calif., said Trump forced the shutdown due to “his obsession” with a costly, ineffective wall, which she recently called “immoral.”

“President Trump must stop holding the American people hostage, must stop manufacturing a crisis and must reopen the government,” she said.

“Most presidents have used Oval Office addresses for noble purposes,” said Schumer, D-N.Y. “This president just used the backdrop of the Oval Office to manufacture a crisis.”

The Democrats’ remarks lasted just over four minutes, compared with more than nine minutes for Trump.

Vermont independent Sen. Bernie Sanders, a potential 2020 Democratic presidential contender, delivered his own response on social media. Sanders said Trump “lies all the time,” citing the president’s assertions that Mexico would pay for the wall and his claims about the number of terrorists and amount of illegal drugs flowing across the border.

Sanders said true emergencies facing the U.S. include the number of people who remain without sufficient health care coverage, college costs that are unaffordable for many and global warming.

“Mr. President, we don’t need to create artificial crises. We have enough real ones,” said Sanders.