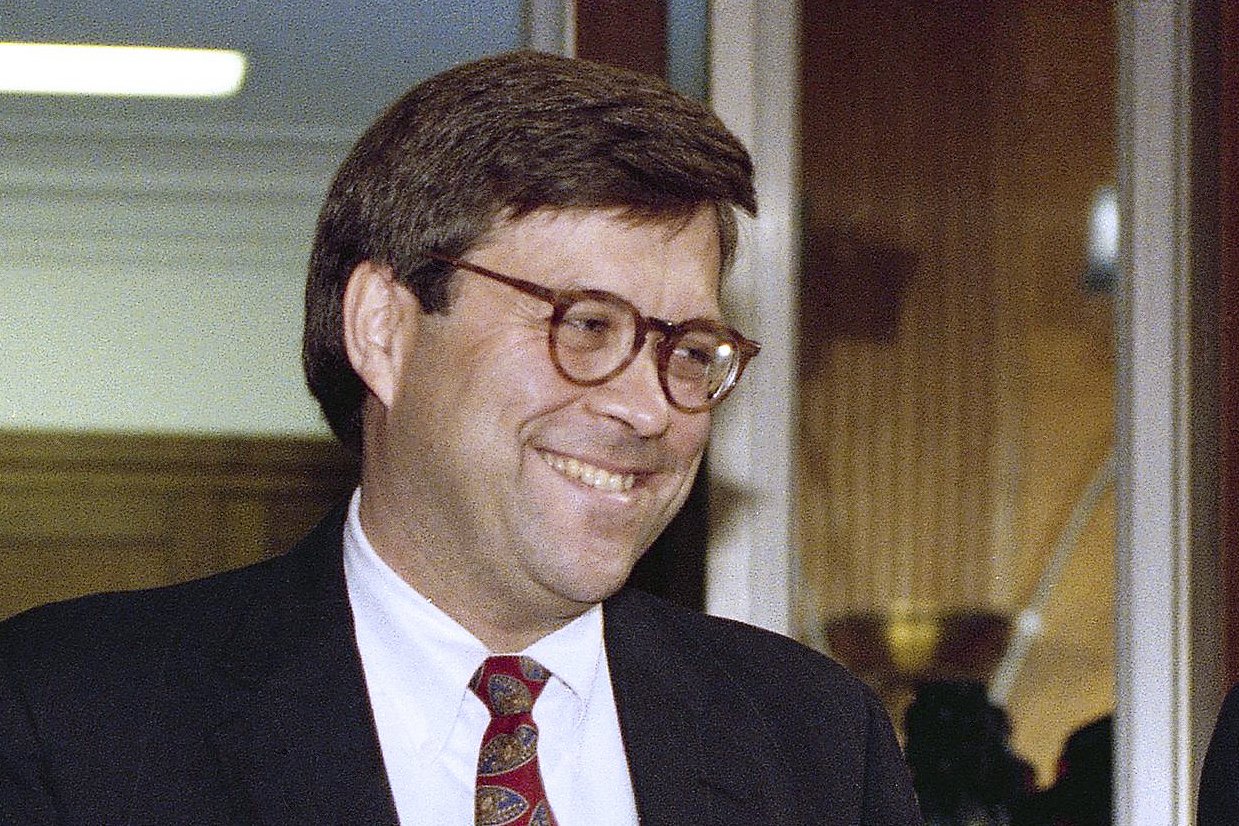 WASHINGTON — William Barr once advised that a president didn’t need Congress’ permission to attack Iraq, that his administration could arrest a foreign dictator and that the FBI could capture suspects abroad without that country’s consent.

It’s an expansive view of presidential power and an unsettling one for Democrats as the Senate holds a confirmation hearing next week for Barr, a onetime attorney general and President Donald Trump’s pick to again serve as America’s top law enforcement official.

Democrats already fear that Barr, if confirmed, would be overly deferential to Trump in a position where legal decisions aren’t supposed to be guided by political considerations. Trump has made clear he demands loyalty from an attorney general, repeatedly haranguing and ultimately forcing out his first one, Jeff Sessions, for not protecting the president from the Russia investigation.

Barr’s philosophy on presidential power adds to those concerns. As attorney general and in the years since, Barr has expressed his belief that presidents have broad authority, limiting the power of Congress and courts to hold them in check.

“This view that anything the president does pursuant to his constitutional authority can never be a crime, I think, is very troubling, very alarming and very disconcerting,” said Notre Dame law professor Jimmy Gurule, a former Justice Department colleague.

If confirmed, Barr would be positioned to oversee the Mueller investigation as pivotal decisions await that could test the scope of presidential authorities and land in court.

Those include whether Trump can be subpoenaed if he won’t answer additional questions, and whether to disclose to Congress whatever report Mueller produces. Barr hasn’t publicly discussed those questions, but his memo did criticize Mueller’s theory of obstruction as “fatally misconceived.”

“Bill is a learned man and is a capable lawyer, and he knows how to make the arguments in the trenches for the construction of a statute in favor of the president’s authority,” said Pepperdine University law professor Douglas Kmiec, who preceded Barr as head of the Justice Department’s legal counsel office. Barr, he said, exhibited a demeanor of, ”‘The president must be right, let’s find a way to make it so.’”

Barr has rejected any suggestion of being a rubber stamp for presidential powers, citing instances in which he concluded that the White House lacked authorities for a line-item veto or to index the capital gains text to inflation. He noted in one 1992 speech the president’s responsibility to “advance responsible positions of law,” saying the government will lose ground through unreasonable stances.

“Our view has been that if we go into court with untenable positions and lose, we ultimately weaken the office of the President,” he said.

Barr’s friends and associates say it’s not his nature to be a pushover for a president and defend his viewpoints as carefully reasoned, respectful of the Justice Department and White House and consistent with conservative legal philosophy.

They note that the legal counsel office he once led is tasked with advising executive branch agencies and under various administrations has issued opinions favorable to the president, including that a sitting president cannot be indicted. The office, said Timothy Flanigan, who held the job after Barr, operates with the premise that the “president starts with a lot of powers, significant powers, based on the Constitution.”

“Bill’s not some type of extremist or outlier,” said Chuck Cooper, a friend who also led the office. “He falls well within mainstream executive branch learning, if you will, about the powers of the presidency and its relationship to the other branches.”

It was in the legal counsel job that Barr provided some of his most meaningful guidance: opinions that empowered FBI agents to seize fugitives overseas and that justified the invasion of Panama and arrest of dictator Manuel Noriega. The night President George H.W. Bush gave the invasion order, Barr was playing bagpipes at Attorney General Richard Thornburgh’s Christmas party, then scurried to the White House.

As attorney general between 1991 and 1993, Barr blessed Bush’s desire to pardon Reagan administration officials in the Iran-Contra scandal as within the president’s authority. The Constitution, he observed in one 1992 speech, created a “strong, unitary executive with veto power” and called it “grade school” analysis to suggest the Founding Fathers were primarily concerned with presidential overreach.

“The aim of the framers was not to enfeeble the executive branch, but quite the contrary, to recreate a strong executive, with sufficient constitutional powers of its own, to check abuse and encroachment by the legislature,” he said.

He was deputy attorney general when, with Thornburgh out of town, he was summoned to a White House meeting and asked if Bush had authority to attack Iraq without congressional approval.

“I said, ‘Mr. President, there’s no doubt that you have the authority to launch an attack,’” Barr recalled in a 2001 oral history.

But, he added, a congressional resolution was wise nonetheless. Congress ultimately authorized it.

When then-Defense Secretary Dick Cheney said Barr was giving political rather than legal advice, Barr interjected: “I said, No, I’m giving him both political and legal advice. They’re really sort of together when you get to this level.”