US, China wrap up talks on tariff battle 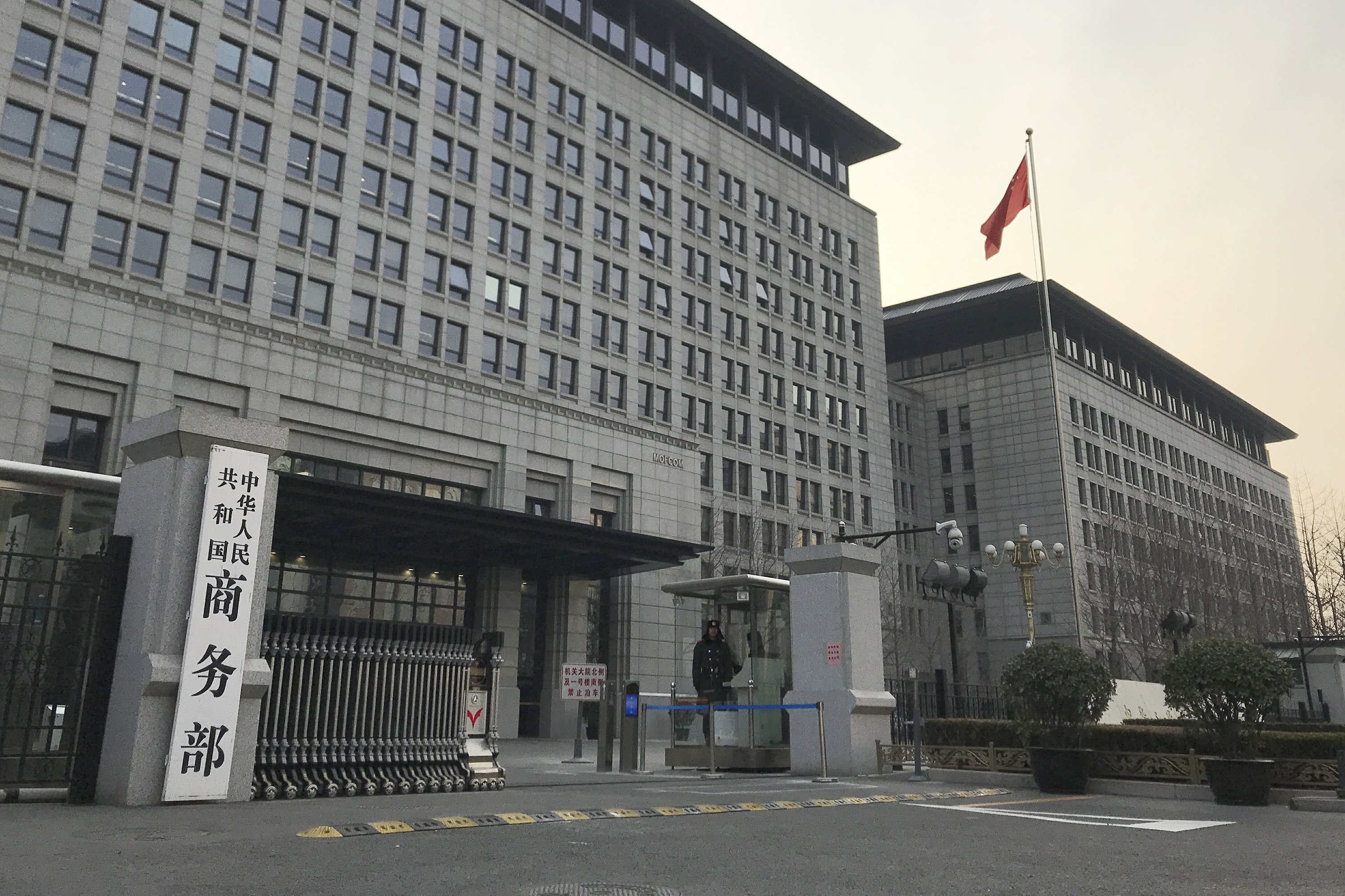 BEIJING — Three days of U.S.-Chinese talks aimed at ending a costly tariff battle wrapped up Wednesday in an optimistic atmosphere after President Donald Trump said they were “going very well!”

A Chinese foreign ministry spokesman, Lu Kang, announced the talks had ended. Lu said he had no details and an official statement would be issued later.

The talks that started Monday were the first face-to-face meeting since Trump and his Chinese counterpart, Xi Jinping, agreed Dec. 1 to suspend further punitive action against each other’s imports for 90 days while they negotiate over the fight sparked by American complaints Beijing steals or pressures companies to hand over technology.

Washington is pressing Beijing for changes including rolling back plans for government-led creation of Chinese global champions in robotics and other fields. Europe, Japan and other trading partners echo U.S. complaints those violate Beijing’s market-opening obligations.

Chinese officials have suggested Beijing might alter its industrial plans but reject pressure to abandon what they consider a path to prosperity and global influence.

Neither side has given any indication its basic position has changed. Economists say the 90-day window is too short to resolve all the conflicts between the biggest and second-biggest global economies.

“Even if a deal is cobbled together, the more strident trade hawks in the White House and Trump may not sign off,” said Mizuho Bank’s Vishnu Varathan in a report.

Beijing has tried to defuse pressure for more sweeping change by offering concessions including purchasing more American soybeans, natural gas and other exports. That might offer relief to rural areas that supported Trump in the 2016 election and were targeted by Chinese tariffs.

Those include initiatives such as “Made in China 2025,” which calls for state-led creation of Chinese global champions in robotics, artificial intelligence and other fields. Washington, Europe, Japan and other trading partners say those violate Beijing’s market-opening obligations. American leaders also worry they might erode U.S. industrial leadership.

U.S. companies also want action on Chinese policies they complain improperly favor local companies. Those include subsidies and other favors for high-tech and state-owned industry, rules on technology licensing and preferential treatment of domestic suppliers in government procurement.

The U.S. demands strike at the heart of a state-led development model the ruling Communist Party sees as a great success over the past three decades and is reluctant to give up.

“These issues are much more difficult to solve immediately but are, frankly, much more compelling to U.S. companies,” said Jake Parker, vice president for China operations of the U.S.-China Business Council, which represents American companies that do business with China.

Beijing also faces pressure over technology from the European Union. The 28-nation trade bloc filed its own challenge in the World Trade Organization in June against Chinese licensing rules it said hamper the ability of foreign companies to protect and profit from their technology.

Companies that have been disappointed by Beijing’s failure or delays in carrying out commitments want an enforcement mechanism with “some kind of penalty for not doing what they promised,” said Parker.

“That’s not something that’s going to be done by March,” said Parker. “It’s probably going to take a little longer.”

For its part, Beijing is unhappy with U.S. export and investment curbs, suggesting it might demand concessions.

Chinese officials complain about controls on “dual use” technology with possible military applications. They say China’s companies are treated unfairly in national security reviews of proposed corporate acquisitions, though almost all deals are approved unchanged.

This week’s talks went ahead despite tension over the arrest of a Chinese tech executive in Canada on U.S. charges related to possible violations of trade sanctions against Iran.

The American delegation was led by one of Lighthizer’s deputies, Jeffrey D. Gerrish. It included agriculture, energy, commerce, treasury and State Department officials.

Trump imposed tariff increases of up to 25 percent on $250 billion of Chinese imports. China responded by imposing penalties on $110 billion of American goods, slowing customs clearance for U.S. companies and suspending issuing licenses in finance and other businesses.

Chinese exports to the United States held up despite the tariff hikes, but that was due partly to exporters rushing to fill orders before any more increases hit. Forecasters expect American orders to slump this year.

Cooling economic growth in both countries is increasing pressure to reach a settlement.

Car and property sales have slumped as Chinese growth fell to a post-global crisis low of 6.5 percent in the quarter ending in September.

The U.S. economy grew at an annual rate of 3.4 percent in the third quarter but surveys show consumer confidence weakening.