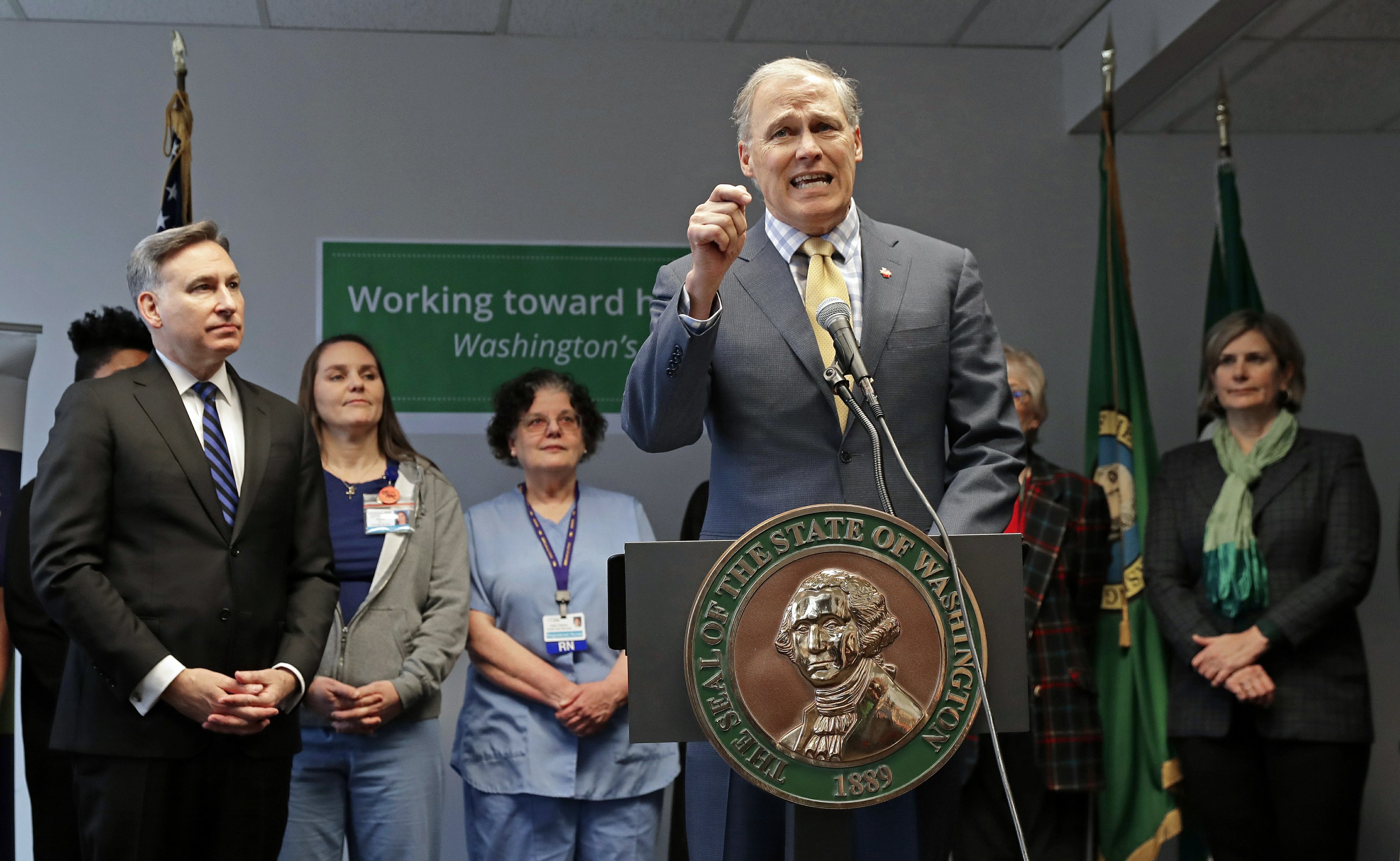 “We need to write another chapter of health care reform,” said Inslee, who provided no details on how the program would be funded.

It came the same day New York City Mayor Bill de Blasio, also considered a 2020 presidential contender, revealed a $100 million-a-year plan to expand health care coverage to those who lack it, including immigrants in the U.S. illegally.

A day earlier, California Gov. Gavin Newsom proposed state-funded health care coverage for 138,000 young people living in the country illegally and reinstating a mandate for everyone to buy insurance or pay a fine — part of “Obamacare” that congressional Republicans eliminated last year.

The efforts in liberal strongholds target President Donald Trump’s push to roll back his predecessor’s signature law and are moves toward universal health care as championed by some Democrats. Health care was a top priority for voters in the November election, especially those who voted Democratic.

In Washington, Inslee included $500,000 in his latest budget proposal to begin the work of setting up the statewide program known as Cascade Care. It aims to help lower-income people who don’t qualify for federal assistance get coverage by 2021.

The program would be administered by the Washington State Health Care Authority, the same agency in charge of the state Medicaid system and the insurance program for state employees.

A measure expected in the legislative session that starts next week would direct the state agency to seek contract proposals from insurers. Inslee said reimbursement rates would be consistent with federal Medicare plans.

The Trump administration said in July that it would freeze payments under an “Obamacare” program that protects insurers with sicker patients from financial losses, which is expected to add to premium increases.

Inslee said 14 counties in Washington state are at risk of losing access to individual health insurance options. Rising costs are causing some insurers to abandon the marketplace in largely rural counties.

Officials aren’t committing state dollars to subsidizing Inslee’s program but suggesting that premiums paid by consumers will support it. Insurance carriers and health care providers who participate in the program will also likely be squeezed.

Washington previously had a version of this type of health coverage but it was eliminated during the Great Recession because it was heavily subsidized by the state.

“Mark my words. This will cause people a lot more money, period.”