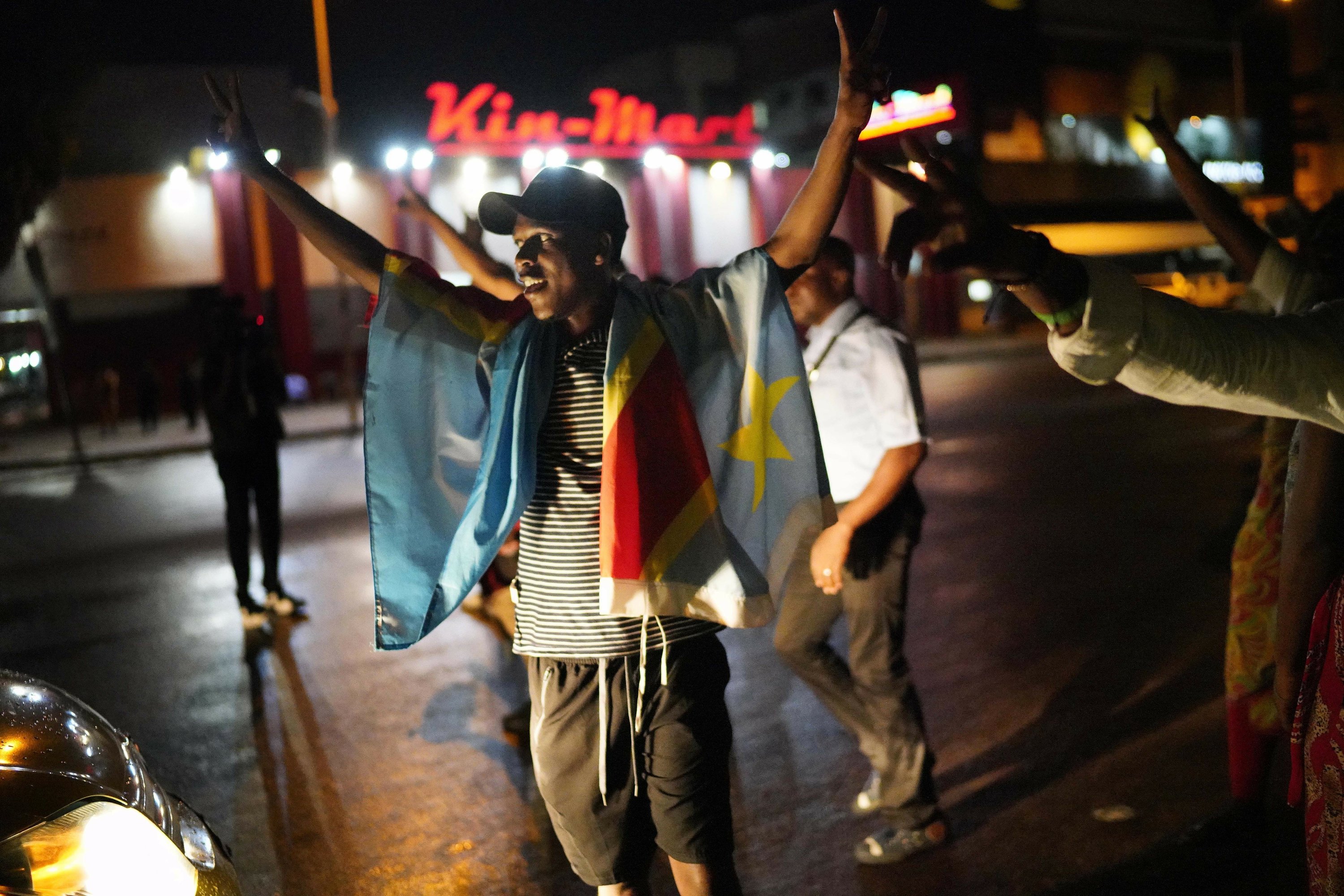 Tshisekedi, who received more than 7 million votes, or 38 percent, had not been widely considered the leading candidate and is relatively untested. The son of late opposition leader Etienne, who pursued the presidency for many years, he surprised many last year by breaking away from an opposition effort to unite behind a single candidate.

Some observers have suggested that President Joseph Kabila’s government sought to make a deal as hopes faded for a win for ruling party candidate Emmanuel Ramazani Shadary, who received more than 4 million votes, or 23 percent.

It is not immediately clear whether opposition candidate Martin Fayulu, who had vowed to clean up Congo’s widespread corruption and led in polling, will contest the results. The constitutional court has 14 days to validate them. Fayulu received more than 6 million votes, or 34 percent.

This is Congo’s first peaceful, democratic transfer of power since independence in 1960. Kabila has ruled since 2001 in the troubled nation rich in the minerals key to smartphones around the world and has amassed vast wealth. He is barred from serving three consecutive terms, but during more than two years of election delays many Congolese feared he’d find a way to stay in office.

“This is the coronation of a lifetime,” the deputy secretary-general of Tshisekedi’s party, Rubens Mikindo, said above the cheers at party headquarters. “This is the beginning of national reconciliation.”

Scores of people in the capital, Kinshasa, danced after the election results were announced long after midnight, but observers waited to see how other Congolese would respond, especially after Fayulu this week warned that the results were “not negotiable.”

Activist groups on Wednesday urged people to “be ready to massively take to the streets” if results didn’t match “the truth of the ballot boxes.”

Attention turns to Congo’s powerful Catholic church, which has said its 40,000 election observers at all polling stations found a “clear winner” but was barred by electoral regulations from saying more.

If the church found Fayulu won, “how will population react?” Stephanie Wolters, analyst with the Institute for Security Studies, posted on Twitter ahead of the announcement. She added, will the African Union “consider a power transfer ‘enough’ or will they push for investigation and real result?”

The delayed results come after international pressure to announce an outcome that reflected the will of the people. The United States threatened sanctions against officials who rigged the vote.

The largely peaceful election was marred by the malfunctioning of many voting machines that Congo used for the first time. Dozens of polling centers opened hours late as materials went missing. And in a last-minute decision, some 1 million of the country’s 40 million voters were barred from participating, with the electoral commission blaming a deadly Ebola virus outbreak.

Defiantly, tens of thousands of voters in one of the barred communities held their own ballot on election day. Fayulu won easily.

Congo’s government cut internet service the day after the vote to prevent speculation on social media. As the electoral commission met this week, anti-riot police moved into place outside.

Some Congolese weary of Kabila’s long rule, two turbulent years of election delays and years of conflict that killed millions of people said they simply wanted peace. Some said they would be happy as long as Fayulu or Tshisekedi won, while recalling the violence that followed past disputed elections.

Many Congolese objected to Shadary, suspecting that Kabila would continue to rule from behind the scenes.

Now Congo faces a new leader who is little known after spending many years in Belgium and living in the shadow of his outspoken father.

On Wednesday afternoon, hours before results were announced, some Tshisekedi supporters began to celebrate at his Union for Democracy and Social Progress party headquarters, with calendars already printed saying “Felix Tshisekedi president.”

The 56-year-old Tshisekedi took over as head of Congo’s most prominent opposition party in early 2018, a year after his father’s death.

Some Congolese have said Tshisekedi lost support by splitting the opposition. He was less visible in campaigning than Fayulu and did not make himself available to reporters after the vote. As he cast his ballot, he accused Congo’s government of deliberately creating a mess to spark a court challenge that could allow Kabila to extend his time in power.

“I deplore all the disorder,” Tshisekedi said.