Steyer won’t run for president, will focus on impeachment 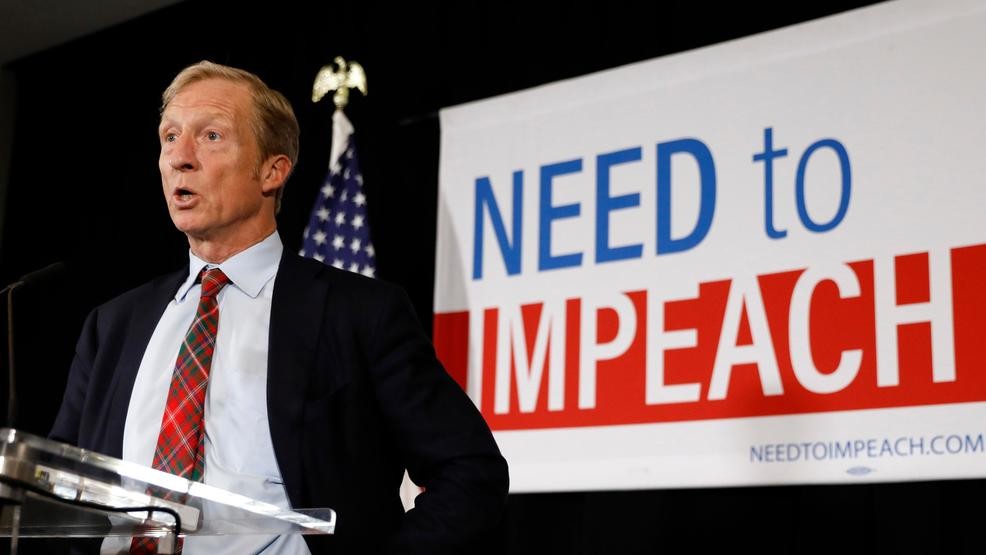 DES MOINES, Iowa — Billionaire investor and Democratic activist Tom Steyer said Wednesday that he will not run for the White House in 2020 and will instead focus on calling for President Donald Trump’s impeachment.

Steyer, who has spent $50 million on his Need to Impeach campaign and announced plans to spend $40 million more this year, said at an event in Des Moines that “the impeachment question has reached an inflection point,” given that Democrats have taken majority control of the House.

“I said last year that I’m willing to do whatever I can to protect our country from this reckless, lawless and dangerous president,” Steyer said. “Therefore, I will be dedicating 100 percent of my time, effort and resources working for Mr. Trump’s impeachment and removal from office. I am not running for president at this time.”

Steyer said his $40 million commitment for 2019 was designed to pressure the Democratic-controlled House to begin impeachment hearings and to persuade the party’s presidential contenders to support impeachment on their platform.

The decision not to run comes as a surprise since Steyer had been traveling the country promoting the political platform he released after November’s midterm elections.

But Steyer, who chose the premier presidential caucus state to make his announcement, likened his mission to seeking the presidency itself.

“Most people come to Iowa around this time to announce a campaign for the presidency,” he said. “But I am proud to be here that I will do whatever it takes as long as it takes to remove a president.”

Although Steyer’s call for impeachment comes as House Democrats have taken the majority, House Speaker Nancy Pelosi has said that the House shouldn’t move to impeach Trump without more facts and that the effort would be divisive.

“If someone says there are tactical, political reasons not to do the right thing for our country, I would say that’s not the basis on which we’re making decisions,” he said.

Although Steyer opted against a presidential run, the constellation of political organizations that he has built is likely to have an impact on the presidential race and on key congressional races across the country.