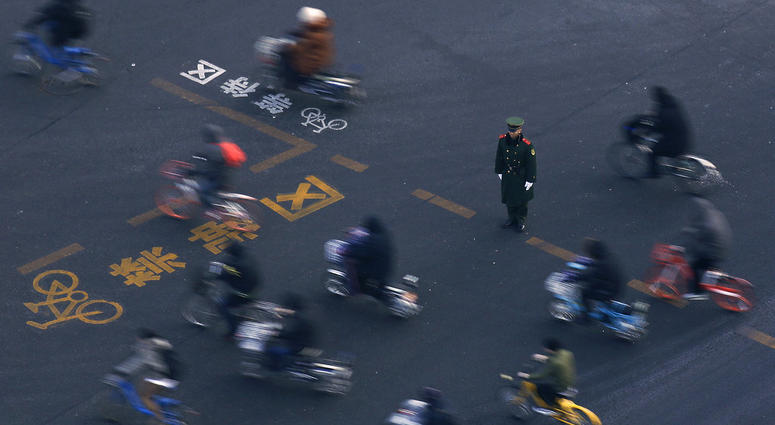 South Korea’s Ambassador to the U.S. says he is hopeful that a second meeting between President Donald Trump and North Korean leader Kim Jong Un will take place.

Speaking at an event at Hudson Institute in Washington, D.C., on Wednesday, Ambassador Cho Yoon-je said he believes the two leaders will meet because “the train is already on the move.”

Cho added that the exact timing of the meeting was unclear. “But I don’t think it (train) can be stopped or reversed, at least in the near future, at least if something happens, which is unexpected at this point.”

Cho added that Kim’s visit to China this week is “quite a good sign for that.”

Trump said last week that he will be setting up a meeting with Kim “in the not-too-distant future” to restart talks about the North’s nuclear programs after their summit in Singapore last summer.

Kim Jong Un’s train has left Beijing after a two-day visit by the North Korean leader to the Chinese capital.

The long train was seen Wednesday travelling on an elevated track over a busy street heading toward eastern China.

South Korea’s Yonhap News Agency says it will take 14 hours for the train to reach the city of Dandong at the North Korean border.

Kim reportedly met Chinese President Xi Jinping during his trip, which may have been a precursor to a second summit between Kim and U.S. President Donald Trump.

The motorcade of North Korean leader Kim Jong Un has headed out on the second full day of his visit to China.

Kim could not be seen but the limousine he uses was observed zipping east down a main thoroughfare in Beijing on Wednesday.

His trip to Beijing has been shrouded in secrecy. North Korean and Chinese state media have announced his visit but provided no details of what he has done since arriving by train on Tuesday morning.

China is North Korea’s only major ally, and Kim is likely consulting and coordinating with Chinese leader Xi Jinping and others ahead of a possible second summit with President Donald Trump.