The shutdown today: Candy and a walkout by the president 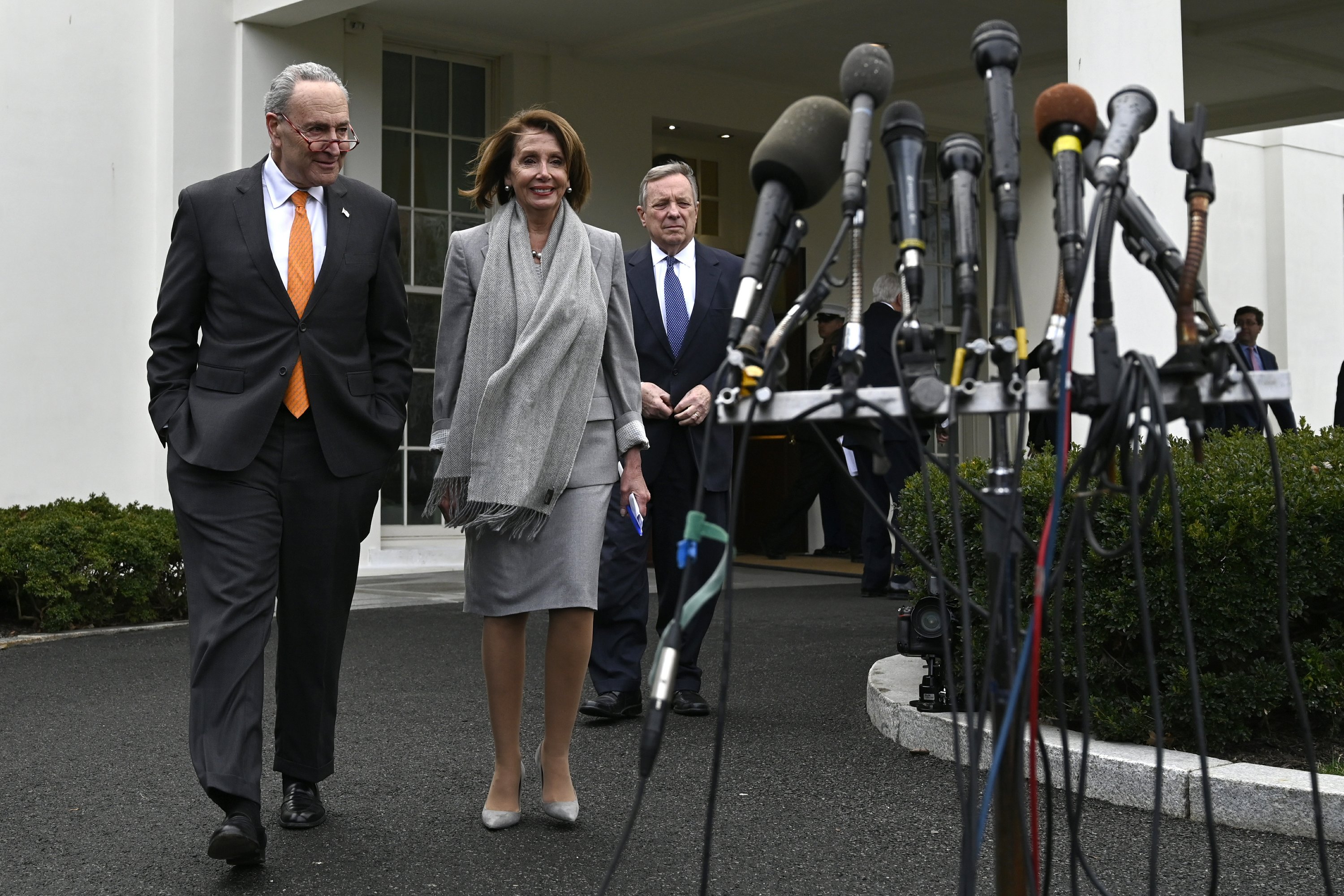 What’s up with the partial government shutdown on Day 19.

A White House meeting between President Donald Trump and congressional leaders was short, but not very sweet. It began with the president offering candy to participants but ended soon after with him walking out. Democrats said Trump had a “temper tantrum.” Republicans said the president calmly left without raising his voice. Amid the politics of the dispute, there was no sign of a resolution in sight.

Outside of Washington, the shutdown has curbed enjoyment of public lands. The U.S. Fish and Wildlife Service directed dozens of wildlife refuges to return staffers to work to make sure hunters and others have access despite the shutdown, according to an email obtained by The Associated Press. Wildlife groups complained that the Trump administration was trying to minimize the public impact to limit political blowback for the president.

QUOTES OF THE DAY

Trump tweet: “Just left a meeting with Chuck and Nancy, a total waste of time. I asked what is going to happen in 30 days if I quickly open things up, are you going to approve Border Security which includes a Wall or Steel Barrier? Nancy said, NO. I said bye-bye.”

Pelosi: “The president stomped out of the meeting when he said to me, ‘Will you support a wall?’ and I said ‘no.’”

Trump heads for the Texas border on Thursday.

Uncertainty over federal funding for transportation projects is forcing some states to delay contracts for new road and bridge work while others are preparing for that possibility.

Nine of the 15 Cabinet-level departments have not been funded, including Homeland Security, State, Transportation, Interior and Justice. Some iconic National Park facilities are shuttered as are the Smithsonian museums and the National Zoo in Washington. Nearly everyone at NASA is being told to stay home, as are most at the Internal Revenue Service, which is responsible for processing tax returns and issuing refunds, though the administration says tax refunds will go out during the shutdown.

WHO IS AT WORK, BUT NOT GETTING PAID

Some 420,000 federal employees whose work is declared essential are working without pay, including the FBI, TSA and other federal law enforcement officers. Some staff at the State Department and the Department of Homeland Security are also working without a paycheck.