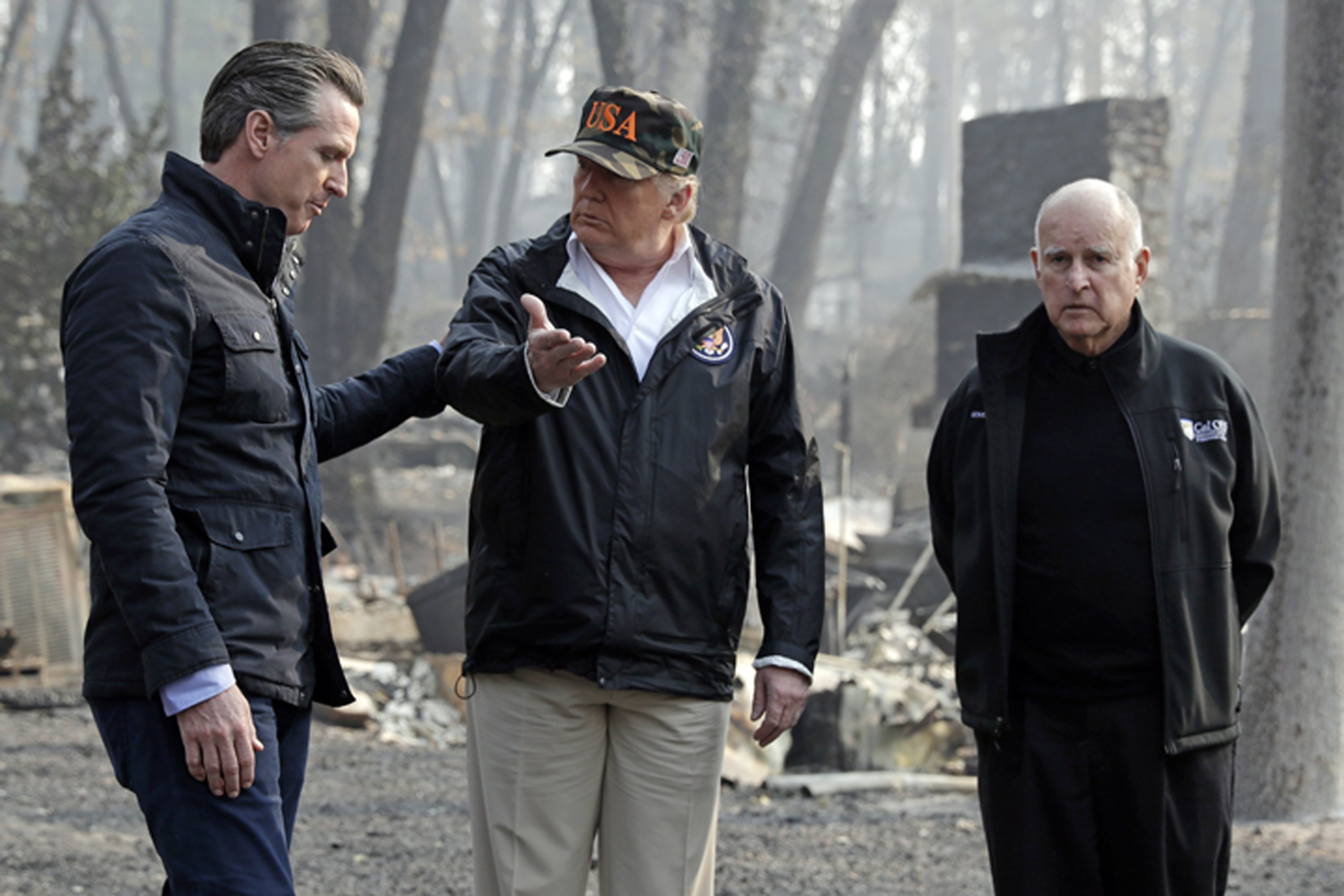 Trump once again suggested poor forest management is to blame for California’s deadly wildfires and said he’s ordered the Federal Emergency Management Agency to stop giving the state money “unless they get their act together.”

FEMA could not immediately comment because of the government shutdown. Trump has previously threatened to withhold wildfire payments but never followed through

Newsom, a Democrat who took office Monday, said Californians affected by wildfires “should not be victims to partisan bickering.”

Trump’s tweet came a day after Newsom and Govs. Jay Inslee and Kate Brown of Washington and Oregon, respectively, sent a letter to the president asking him to double federal funding for forest management.

Newsom noted that California has pledged $1 billion over the next five years to ramp up its efforts, which include clearing dead trees that can serve as fuel.

More than half of California’s forests are managed by the federal government, and the letter noted the U.S. Forest Service’s budget has steadily decreased since 2016.

“Our significant state-level efforts will not be as effective without a similar commitment to increased wildland management by you, our federal partners,” the letter read.

In a Tuesday event on wildfire safety, Newsom had praised Trump for always providing California with necessary disaster relief funds.

In November, the deadliest U.S. wildfire in a century leveled the California town of Paradise, killing 86 people and destroying about 14,000 homes. Trump toured the fire devastation with Newsom.