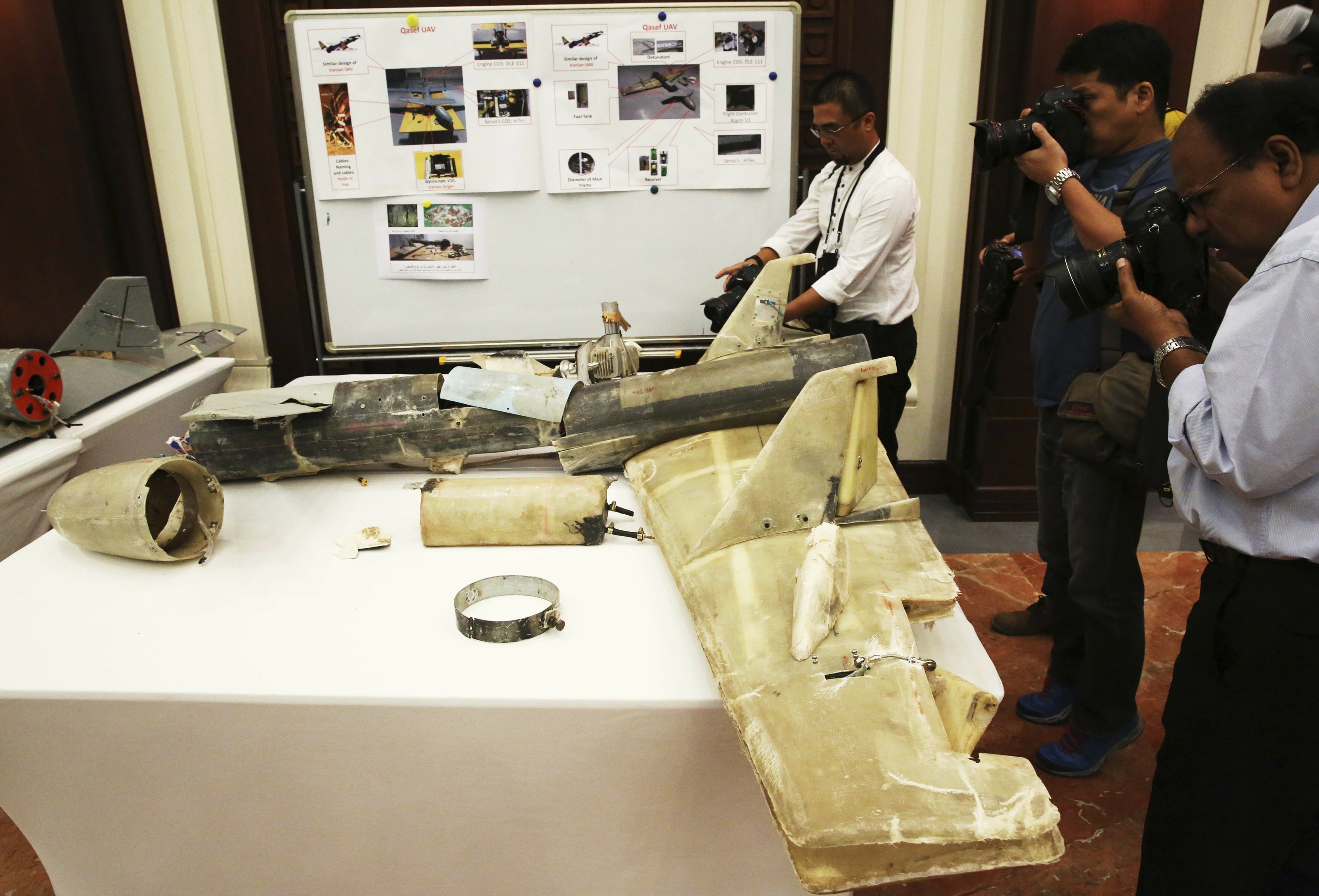 DUBAI, United Arab Emirates — In Yemen, the high-pitched whine of drones has been a part of life for over 15 years, ever since the first U.S. drone strike here targeting al-Qaida in 2002. On Thursday, an attack on a military base where America once ran its drone program showed that the U.S. is no longer the only force deploying them.

The attack by Yemen’s Shiite Houthi rebels that killed at least six people shows how the Arab world’s poorest country has become one of the world’s top battlefields for drones. Both the rebels and the Saudi-led coalition fighting them, as well as the U.S., continue to use them for surveillance and attacks.

A look at the origins of Yemen’s civil war, its players and prospects for peace. (AP Animation/Peter Hamlin)

But while the U.S. uses American-made drones and the coalition has turned to Chinese suppliers, the manufacturer of the Houthis’ drones in both the air and the sea has been a contentious question.

A 2018 report by a United Nations panel of experts on Yemen looked particularly at the Houthis’ Qatef-1 drone.

“Although Houthi-aligned media announced that the Sana’a-based ministry of defence manufactured the (drone), in reality they are assembled from components supplied by an outside source and shipped into Yemen,” the report said. The Qatef, or “Striker,” ″is virtually identical in design, dimensions and capability to that of the Ababil-T, manufactured by the Iran Aircraft Manufacturing Industries.”

The Qatef-2K, which the Houthis said they used in Thursday’s attack, similarly resembles the Iranian designs.

A research group called Conflict Armament Research, with the permission of the United Arab Emirates’ elite Presidential Guard, also examined seized drones used by the Houthis and their allies to crash into Patriot missile batteries in Saudi Arabia.

The officials also shared black-and-white images they said came from the “drone boat.” They said the pictures and associated data from the boat’s computer showed Iranians building components for its guidance system in eastern Tehran, with a hat in the background of one picture bearing the symbol of Iran’s hard-line paramilitary Revolutionary Guard.

They said those involved in building the components probably believed it would be destroyed in the blast, so they didn’t wipe the computer’s hard drive

For its part, Iran repeatedly has denied supplying the Houthis with drone or ballistic missile technology. However, Iran would have an interest in seeing Saudi Arabia, its archrival in the region, tied down in a bloody, protracted conflict with no clear end in sight.