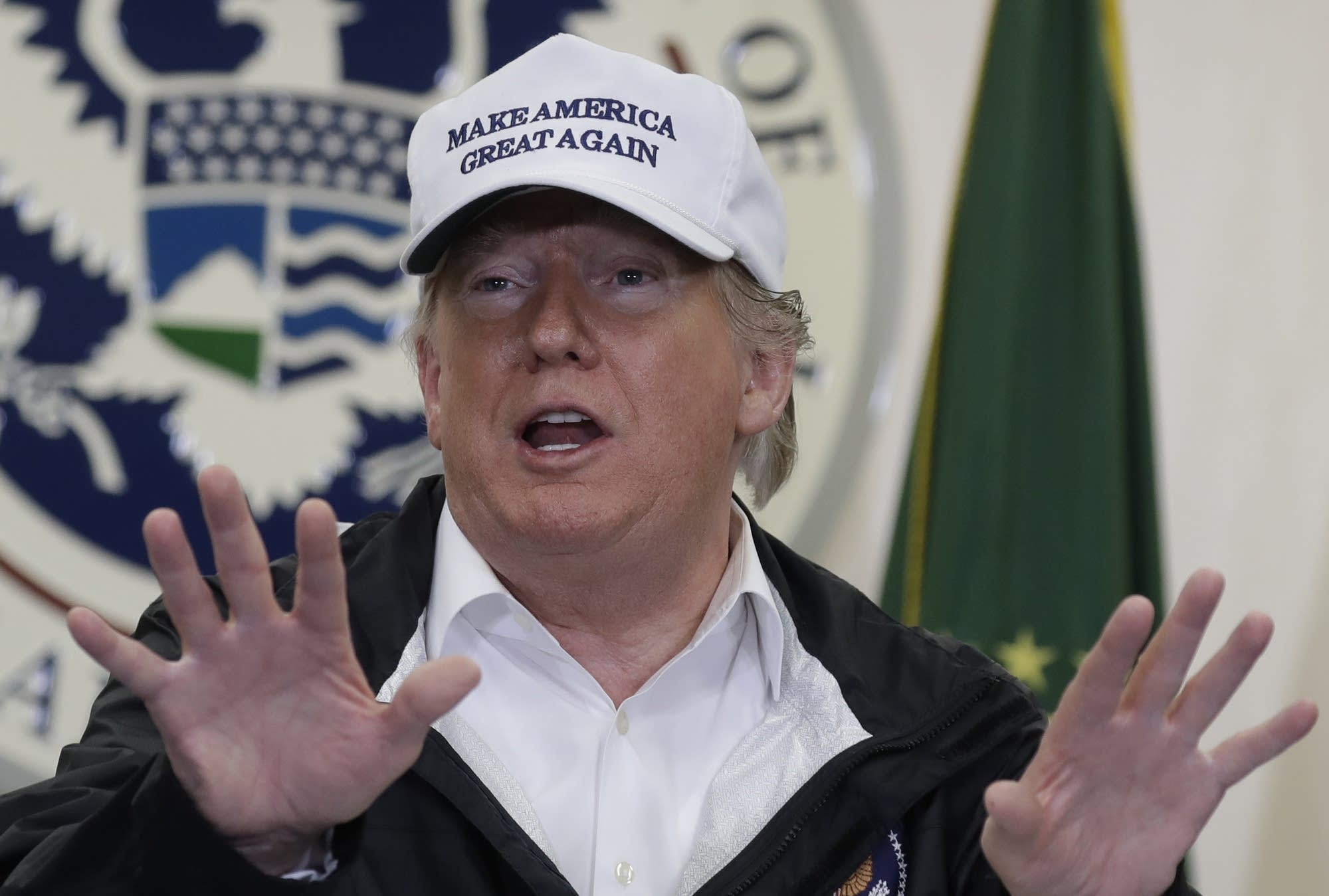 WASHINGTON — The Trump administration is considering using billions in unspent disaster relief funds earmarked for areas including hurricane-pounded Puerto Rico and Texas to pay for President Donald Trump’s border wall as he weighs signing a national emergency declaration to get it built without Congress.

The White House has directed the Army Corps of Engineers to comb through its budget, including $13.9 billion in emergency funds that Congress earmarked last year, to see what money could be diverted to the wall as part of a declaration. That’s according to a congressional aide and administration official familiar with the matter who spoke on condition of anonymity because they were not authorized to speak publicly.

It is the latest sign that the administration is laying the groundwork for a possible emergency order as negotiations between Trump and congressional Democrats to reopen the partially shuttered government have ground to a halt. Trump is demanding billions for his wall that Democrats won’t give him. In the meantime, hundreds of thousands of federal workers are missing paychecks Friday.

Trump on Thursday gave his strongest public indication yet that he is leaning toward an emergency declaration as he traveled to the Texas border to continue to press his case for the wall.

Trump told reporters as he left the White House that he was still holding out hope for a deal, but that if it “doesn’t work out, probably I will do it. I would almost say definitely.”

The wall was the central promise of Trump’s presidential campaign, and supporters of the declaration strategy have been arguing to the president that an emergency declaration is his best option available to end the shutdown, giving him political cover to re-open the government without appearing to cave on the wall. Trump, they argue, then would be able to tell his supporters that he did all he could to fight for the wall, even if his order is stalled or blocked by the courts.

Nearly $14 billion in emergency disaster relief funds have been allocated but not yet obligated through contracts for a variety of projects in states including California, Florida and Texas and in the U.S. territory of Puerto Rico that have been ravaged by recent hurricanes, wildfires and other natural disasters, according to the aide familiar with the matter.

A second official with knowledge of the proposal said it would fund construction of about 315 miles (500 kilometers) of border barrier. Right now, barriers blanket about one-third of the 1,954-mile (3,145-kilometer) border with Mexico.

An emergency declaration would draw immediate legal challenge from Democrats, who have accused Trump of trying to manufacture a crisis at the southern border to justify his wall. Critics have said the move would be an unconstitutional abuse of emergency powers. Trump said Thursday that his lawyers have told him he has the “absolute right.”

Republican and Democratic lawmakers raised immediate concerns over shifting funds that have already been approved by Congress for projects in states across the nation.

But even some Republican lawmakers uneasy about the idea of pulling money from Army Corps projects saw few alternate options. One said the phone calls coming into his office were overwhelmingly in favor of Trump’s border wall.

Rep. Mark Meadows, R-N.C., a leader of the conservative House Freedom Caucus, has been in conversations with the White House on a trio of legislative alternatives. But he said those options seem less likely now without Democratic backing for some money for Trump’s border plan.

Unless Republicans and Democrats compromise, he said, “I fully expect him to declare a national emergency.”

Meadows, who speaks frequently with Trump, sees the emergency declaration as the “last tool” the president has.

“Most conservatives want it to be the last resort he would use,” Meadows said. “But those same conservatives, I’m sure, if it’s deployed, would embrace him as having done all he could do to negotiate with Democrats.”