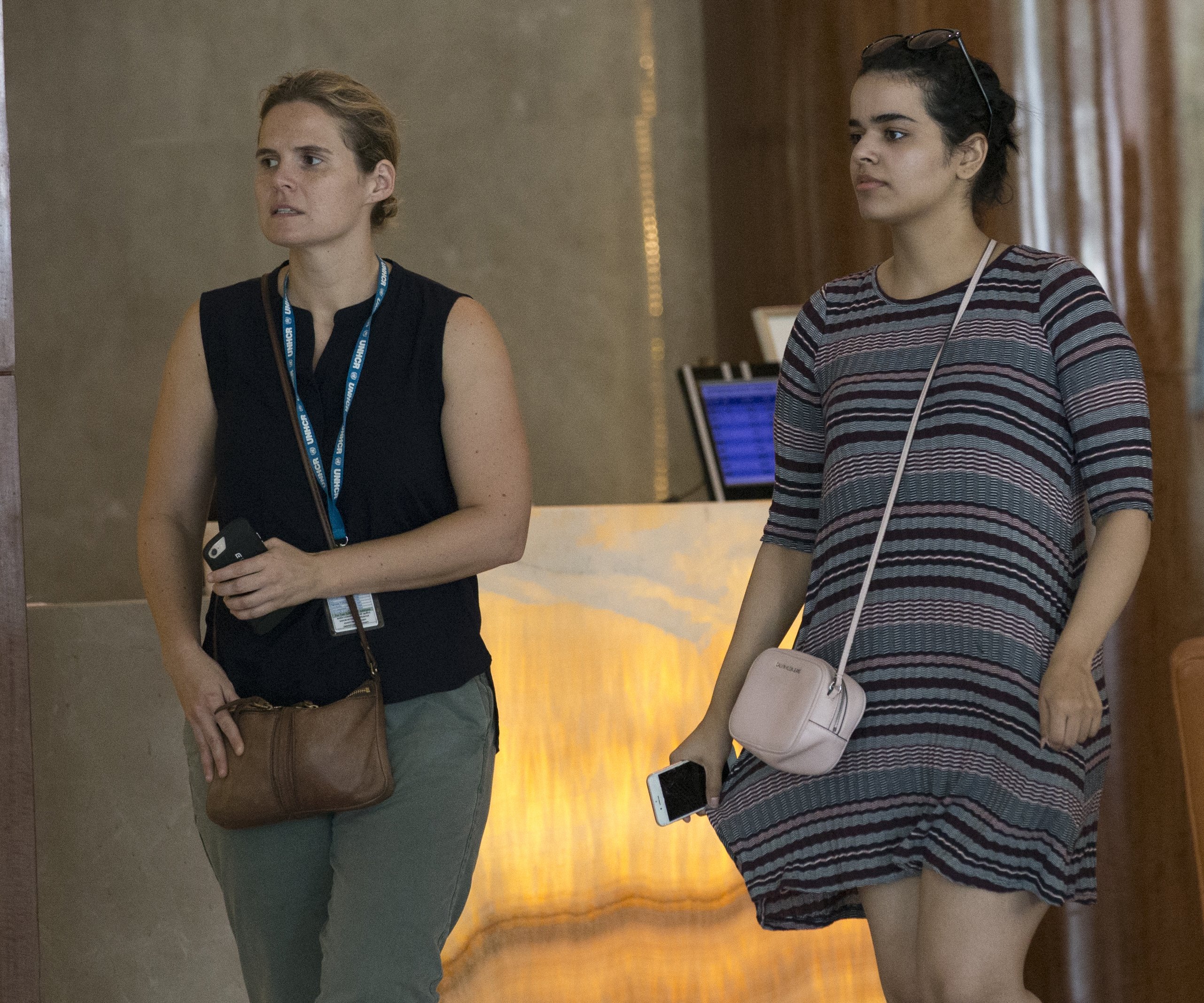 BANGKOK — Several countries including Canada and Australia are in talks with the U.N. refugee agency to accept a Saudi asylum seeker who fled alleged abuse from her family, Thai police said Friday.

Thailand’s immigration police chief, Surachate Hakparn, told reporters the U.N. was accelerating the case, though he gave no indication of when the process would be complete.

Rahaf Mohammed Alqunun was stopped at a Bangkok airport on Saturday by Thai immigration police who denied her entry and seized her passport.

While barricading herself in an airport hotel room, the 18-year-old launched a social media campaign via her Twitter account that drew global attention to her case. It garnered enough public and diplomatic support to convince Thai officials to admit her temporarily under the protection of U.N. officials.

The U.N. High Commissioner for Refugees eventually granted her refugee status on Wednesday.

Alqunun’s case has highlighted the cause of women’s rights in Saudi Arabia. Several female Saudis fleeing abuse by their families have been caught trying to seek asylum abroad in recent years and returned home. Human rights activists say many similar cases have gone unreported.

By Friday, Alqunun had closed down her Twitter account. Sophie McNeill, a reporter with the Australian Broadcasting Corporation who has had exclusive access to Alqunun, said Friday in a Twitter posting that Alqunun “is safe and fine.”

“She’s just been receiving a lot of death threats,” McNeill wrote, adding that Alqunun would be back on Twitter after a “short break.”

Alqunun had previously said on Twitter that she wishes to seek refuge in Australia.

Australia’s Foreign Minister Marise Payne met with senior Thai officials in Bangkok on Thursday. She later told reporters that Australia assessing Alqunun’s request for resettlement, but there was no specific timeframe.

Payne said she also raised Australia’s concerns with Thai officials about Hakeem Al-araibi, a 25-year-old former member of Bahrain’s national soccer team, who was granted refugee status in Australia in 2017 after fleeing his homeland, where he said he was persecuted and tortured.

Hakeem’s case is being considered by Thailand’s justice system, she said.