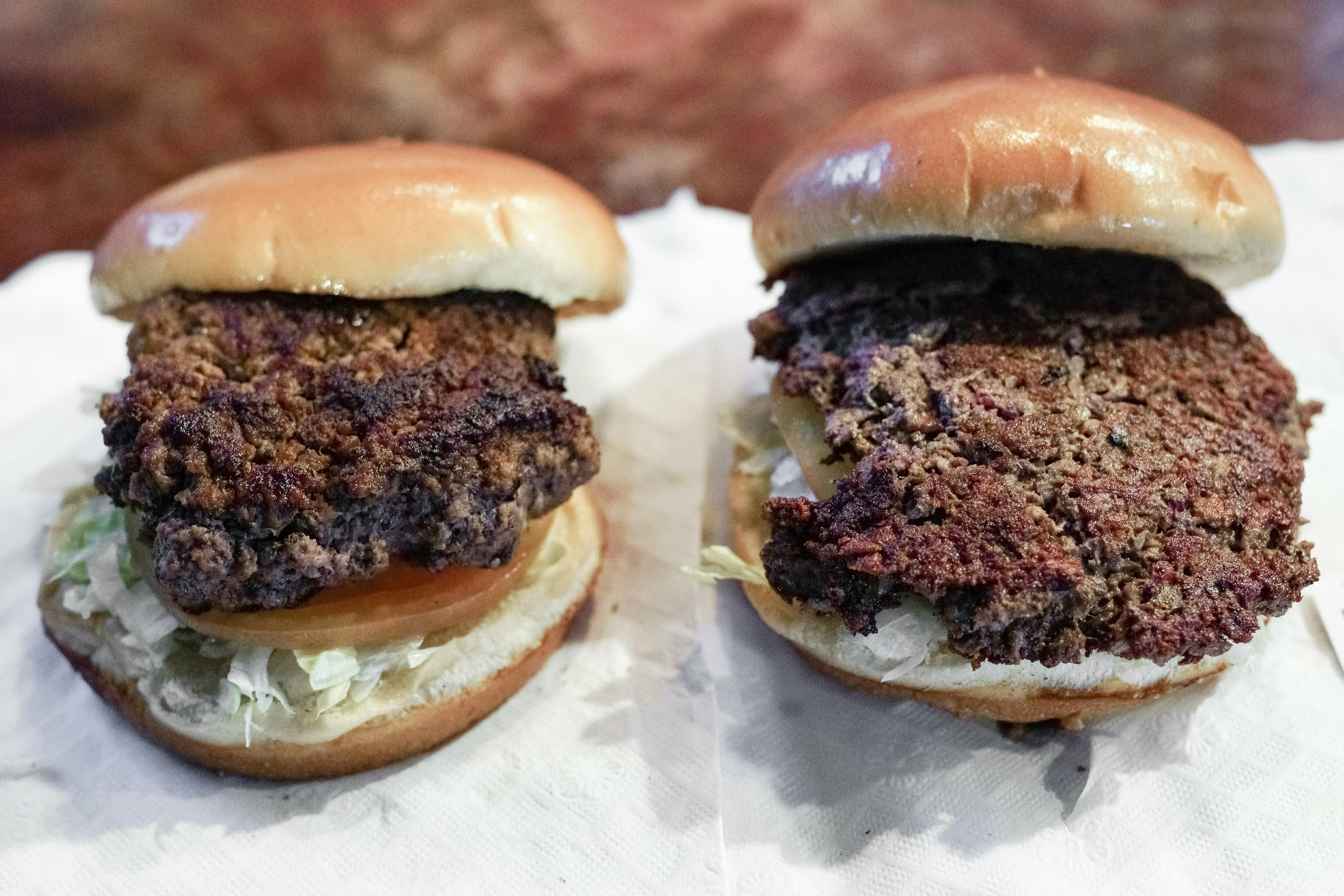 LINCOLN, Neb. — More than four months after Missouri became the first U.S. state to regulate the term “meat” on product labels, Nebraska’s powerful farm groups are pushing for similar protection from veggie burgers, tofu dogs and other items that look and taste like real meat.

Nebraska lawmakers will consider a bill this year to prevent companies that package and sell food from advertising plant-based, insect-based and lab-grown products as meat. Similar measures are pending in Tennessee, Virginia and Wyoming.

The issue strikes a particularly strong cord in Nebraska, one of the nation’s top states for livestock production, where cars roll down the interstate with “Beef State” license plates and the governor each year proclaims May as “Beef Month.”

Farm groups have found an unusual ally in state Sen. Carol Blood, a city-dwelling vegetarian from the Omaha suburb of Bellevue. Blood, who grew up on a farm, said she introduced the measure because agriculture is Nebraska’s largest industry and needs to be protected for the good of the whole state.

“I’m not bringing this bill to tell people what they can and can’t eat,” she said. “All I’m asking for is truth in advertising. It’s clear that meat comes from livestock, and livestock is our livelihood in Nebraska.”

Nebraska led the nation in commercial red meat production in 2017 and had the most feed cows as of last year, according to the U.S. Department of Agriculture. Livestock and livestock product sales generated an estimated $12.1 billion for the state’s economy in 2016, according to the USDA’s most recent available data.

The measure is certain to face resistance from food producers that sell plant-based alternatives, as well as those working with the emerging science of meat grown by culturing cells in a lab. Critics say the bill infringes on the free-speech rights of companies that produce vegetarian alternatives to real meat.

The Nebraska bill “would censor food labels and create consumer confusion where there is none,” said Jessica Almy, director of policy for the Washington-based Good Food Institute. “You can’t censor speech just to promote one industry’s financial success.”

Supporters of the Nebraska measure say they want to ensure people aren’t misled about what they’re eating.

Blood said she proposed the measure after seeing two women in a grocery store who couldn’t tell whether a product contained meat or a substitute. She said her proposal wouldn’t require inspections of product labels, as Missouri’s law does.

“I don’t want to be the meat police,” she said.

The Nebraska bill would ban “any misleading or deceptive practices,” including claims that a product is meat when it isn’t derived from livestock or poultry. Violating the law would bring a misdemeanor charge punishable by up to a year in jail and a $1,000 fine.

“Consumers have a right to know what they’re buying,” said John Hansen, president of the Nebraska Farmers Union. “That’s the case whether it’s a vegetarian product or not. There ought to be clear, honest and accurate labeling, and then let the marketplace make the choices.”

Hansen said his group’s livestock producers are particularly concerned about whether consumers will be able to differentiate between meat grown in the lab and farm-grown beef, pork and chicken.

Pete McClymont, executive vice president for the group Nebraska Cattlemen, said his organization’s concern rises partly from the growth of products labeled as almond and soy milk, which have become an increasingly popular alternative to cow’s milk. McClymont said his group still needs to review specific details of the Nebraska proposal, but will push for any law that protects the state’s livestock producers.

“When I go out and speak to our membership, this is right near the top of what people are passionate about,” he said.