How long can O’Rourke wait as 2020 pace picks up around him? 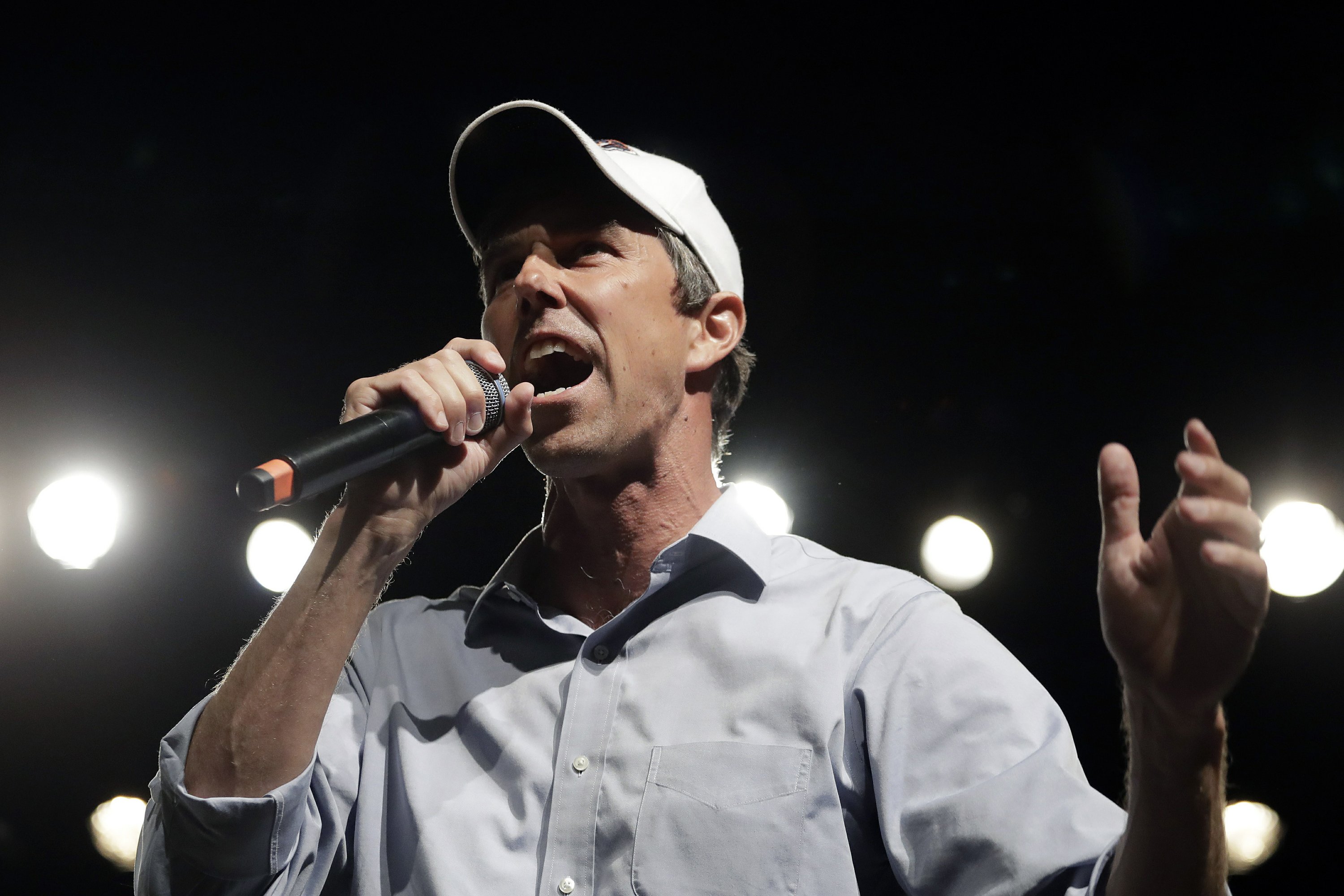 AUSTIN, Texas — You won’t see Beto O’Rourke announce whether he’s running for president in 2020 for a while. But you may see him do almost anything else in the meantime.

“So, I’m here at the dentist,” the former Democrat congressman said with a giggle during a teeth-cleaning seen live on Instagram last week, before quizzing the dental hygienist about life along the U.S.-Mexico border.

Anyone grumbling about livestream overexposure can catch O’Rourke on more traditional airwaves next month in New York, when Oprah Winfrey interviews him.

O’Rourke barged into last year’s Senate race almost laughably early, in March 2017, insisting he was a credible contender against the incumbent, Republican Ted Cruz, when almost no one nationally knew of O’Rourke.

Now he’s doing almost anything to keep people paying attention to him without formally starting a presidential campaign for 2020. He’s not expected to decide until next month at the earliest whether he’s running.

These days, that counts as playing hard to get. Influential activists in Iowa and elsewhere are clamoring for him to get in the race while some potential rivals move their timelines earlier. So far, interest in O’Rourke has held after his near upset of Cruz, but for how much longer?

“They’re not going to wait forever,” Mark Jones, a political science professor at Rice University in Houston, said of Democratic campaign operatives, donors, activists and fellow politicians looking to pick sides or offer endorsements. “The more candidates who start to formally launch their candidacies, the greater the pressure will rise on Beto.”

Massachusetts Elizabeth Warren announced on New Year’s Eve that she’d formed a presidential exploratory committee, hoping to get an early jump on people such as O’Rourke, former Vice President Joe Biden and Sens. Corey Booker of New Jersey, Bernie Sanders of Vermont and Kamala Harris of California. Since then, Warren has seen enthusiasm rise, especially after a successful trip to Iowa, which kicks off presidential primary voting.

Julian Castro, housing chief under President Barack Obama, kicked off his campaign Saturday and could appeal to the same Hispanic community that O’Rourke may count on as a bilingual native of the borderland city of El Paso.

A string of announcements from top Democrats could come this month. While still deciding, O’Rourke plans to travel the country and meet voters beyond Texas, but avoid places such as Iowa and New Hampshire, home to the nation’s first presidential primary, even though Democrats there have invited him.

“My feeling is he’s lost a little momentum and that’s the downside of being a media product,” said Norman Solomon, a Sanders delegate to the 2016 Democratic National Convention from California. Solomon said questions remain about whether O’Rourke’s voting record during his three terms in Congress is too centrist to excite the Democratic base.

That anyone would ask if O’Rourke is waiting too long with the election 22 months away is unusual. But anger over President Donald Trump has created an outsized Democratic appetite to go on the political attack. And because impeachment seems unlikely, fast-forwarding 2020 campaigns may become necessary.

“The attention span of activists and voters and even the media has become so short, and the attention-grabbing events so vacuous and fleeting, that the candidates would be very smart, I think, to get in early and identify and carve out their niche,” Sullivan said.

For O’Rourke, a 46-year-old, ex-punk rocker, trying to project a down-to-earth image may be a major selling point to voters. But Sullivan raises this questions: “What if another candidate gets in and captures the imagination of Twitter and the activists and there may not be room for the celebrity of Beto when he’s ready?”

Still, O’Rourke’s delays haven’t lessened the enthusiasm of operatives from past Democratic presidential campaigns who have formed “Draft Beto 2020” groups.

“We’re building an apparatus that we can hand off to an actual campaign should he run,” said Boyd Brown, a prominent South Carolina Democrat and former member of the Democratic National Committee. He is among the leaders of the O’Rourke draft movement in the South’s first primary state. “We’re treating this like a presidential campaign until told otherwise.”

Working in O’Rourke’s favor is a lack of a perceived 2020 “heir-apparent” candidate who can draw in donors and top operatives. That model may be evaporating anyway, though, because the two politicians who looked to take on that role heading into the 2016 campaign, Republican Jeb Bush and Democrat Hillary Clinton, fell short of the presidency.

“Everybody who has ever thought about running for president is threatening to do it this time,” said Peter Brown, assistant director of the Quinnipiac University Poll. “The sheer size of the potential field throws out the rules of the game that have been created by years of campaigns.”