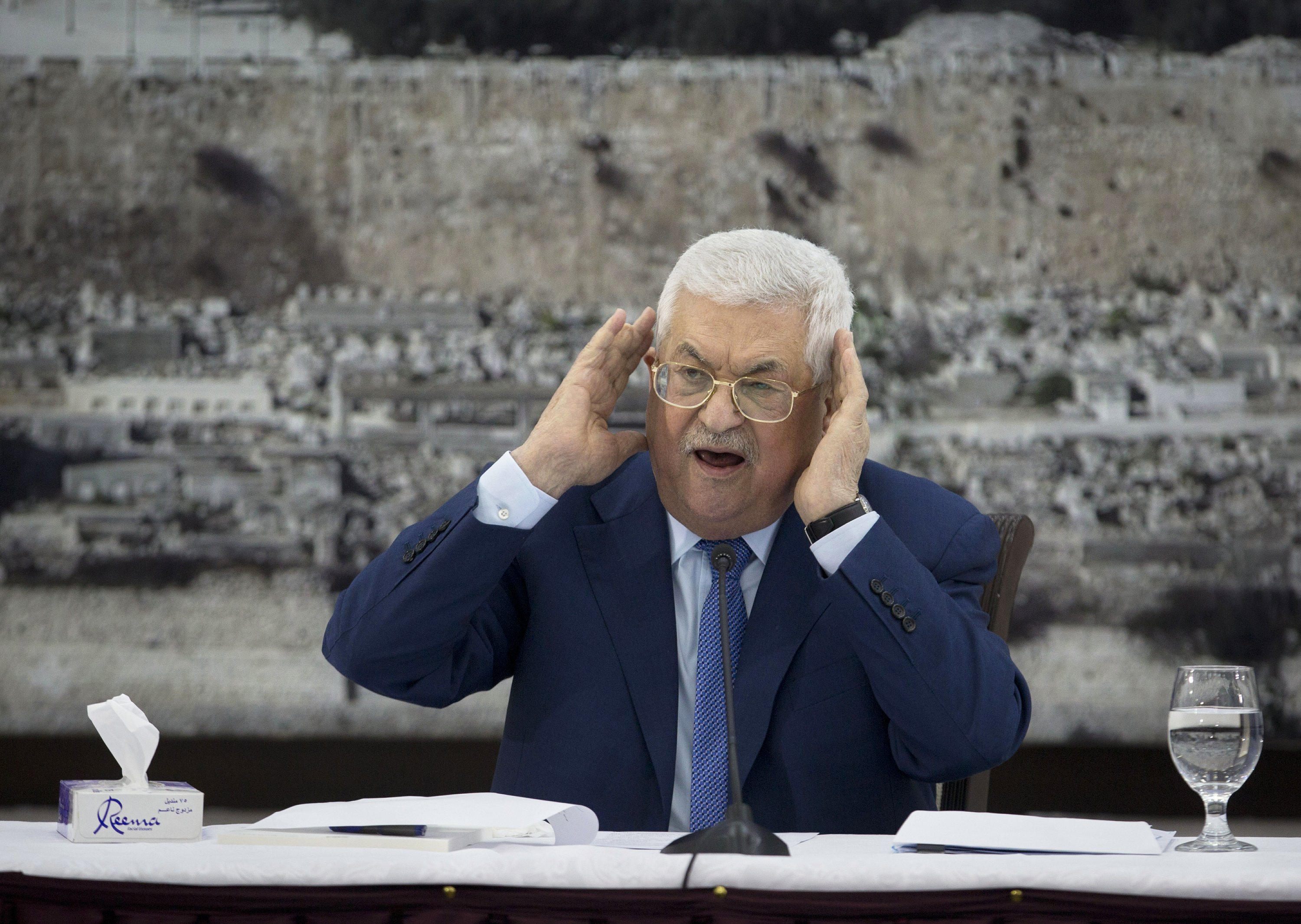 RAMALLAH, West Bank — The Western-backed Palestinian Authority is threatening to step up pressure on Hamas amid renewed tensions in Gaza, even as Israel allows a lifeline of Qatari aid to flow directly to the Islamic militants.

The unlikely role reversal reflects the two sides’ conflicting priorities. Palestinian President Mahmoud Abbas wants to reassert his authority over Gaza and scuttle any U.S. or Israeli-backed peace plan that would cement its separation from the occupied West Bank. Israeli Prime Minister Benjamin Netanyahu seeks to preserve calm ahead of April’s elections and may prefer Hamas’ continued rule to a collapse of authority in the blockaded territory, home to 2 million Palestinians.

The latest Palestinian tensions began in December, when Abbas dissolved the Hamas-led parliament. When Abbas’ Fatah party, which was largely driven from Gaza when Hamas seized power in 2007, sought to hold anniversary celebrations earlier this month, Hamas responded with a wave of arrests while allowing supporters of one of Abbas’ main political rivals to rally in public.

“It’s time for him to leave this post,” Khalil al-Hayya, a senior Hamas official, told reporters in Gaza last week. “Abbas has hurt national unity, destroyed his Fatah movement and the resistance.”

The Palestinian Authority’s options are limited, because any cuts to the roughly $100 million in aid it provides to the territory each month would worsen the humanitarian situation in Gaza, where unemployment exceeds 50 percent, tap water is undrinkable and electricity is only available for a few hours every day. Israel and Egypt have maintained a crippling blockade of Gaza since Hamas seized power.

The Palestinian Authority, which itself relies heavily on foreign aid, has in the past slashed the salaries of former government workers in Gaza and cut fuel subsidies to pay for electricity — measures aimed at pressuring Hamas that took a toll on ordinary Gazans. It has also been accused of blocking large-scale reconstruction projects in Gaza that were approved by Israel.

Israel, meanwhile, has been allowing Qatar to send aid directly to Hamas to allow the group to pay its own civil servants, with tranches of $15 million delivered in November and December. The latest delivery was delayed this week after a rocket was fired from Gaza. But a Hamas official said that, following Egyptian mediation, Israel agreed to deliver the aid in the coming days if the situation remains calm.

The official spoke on condition of anonymity because he was not authorized to brief reporters on the talks. The Israeli prime minister’s office declined to comment.

Israeli Prime Minister Benjamin Netanyahu has defended the Qatari aid in the face of fierce criticism from within his hard-line coalition, which collapsed last month in part over anger at his Gaza policy. Renewed hostilities would open him up to even harsher criticism from his main rivals on the right.

“The last thing he needs right now is in the middle of an election campaign to be focused again on Gaza and to let Hamas set the agenda for Israel, when we respond, how much we respond, how long this takes,” said Reuven Hazan, a professor of political science at the Hebrew University in Jerusalem.

“That’s why he’s willing to let the money go through, and that’s why he will pull whatever strings he has with the Egyptians and elsewhere to get Abu Mazen to get off his high horse, at least until April,” he said, referring to Abbas by his nickname.

Israel considers Hamas a terrorist organization and has fought three devastating wars against it. But Hamas has proven effective in halting rocket attacks from Gaza when it serves the group’s interests, and in its absence Israel would have to contend with several armed groups, some far more radical than Hamas.

Israel is also keen to preserve the separation between Gaza, from which it withdrew in 2005, and the West Bank, where it is accelerating the construction of Jewish settlements and stepping up urban raids following a series of recent deadly shootings targeting Israelis.

The Palestinians claim east Jerusalem, the West Bank and Gaza — territories seized by Israel in the 1967 war — for their future state. They fear that the Trump administration, which has yet to release its long-awaited peace plan, may seek to create a Palestinian mini-state in Gaza while offering only limited autonomy in the West Bank, where the Palestinian Authority is based.

For the United States and Israel, “the main goal is to rehabilitate Hamas as a partner in the ‘deal of the century’ and to encourage and aid the division,” said Ahmad Majdalani, a senior official in Abbas’ Palestine Liberation Organization.