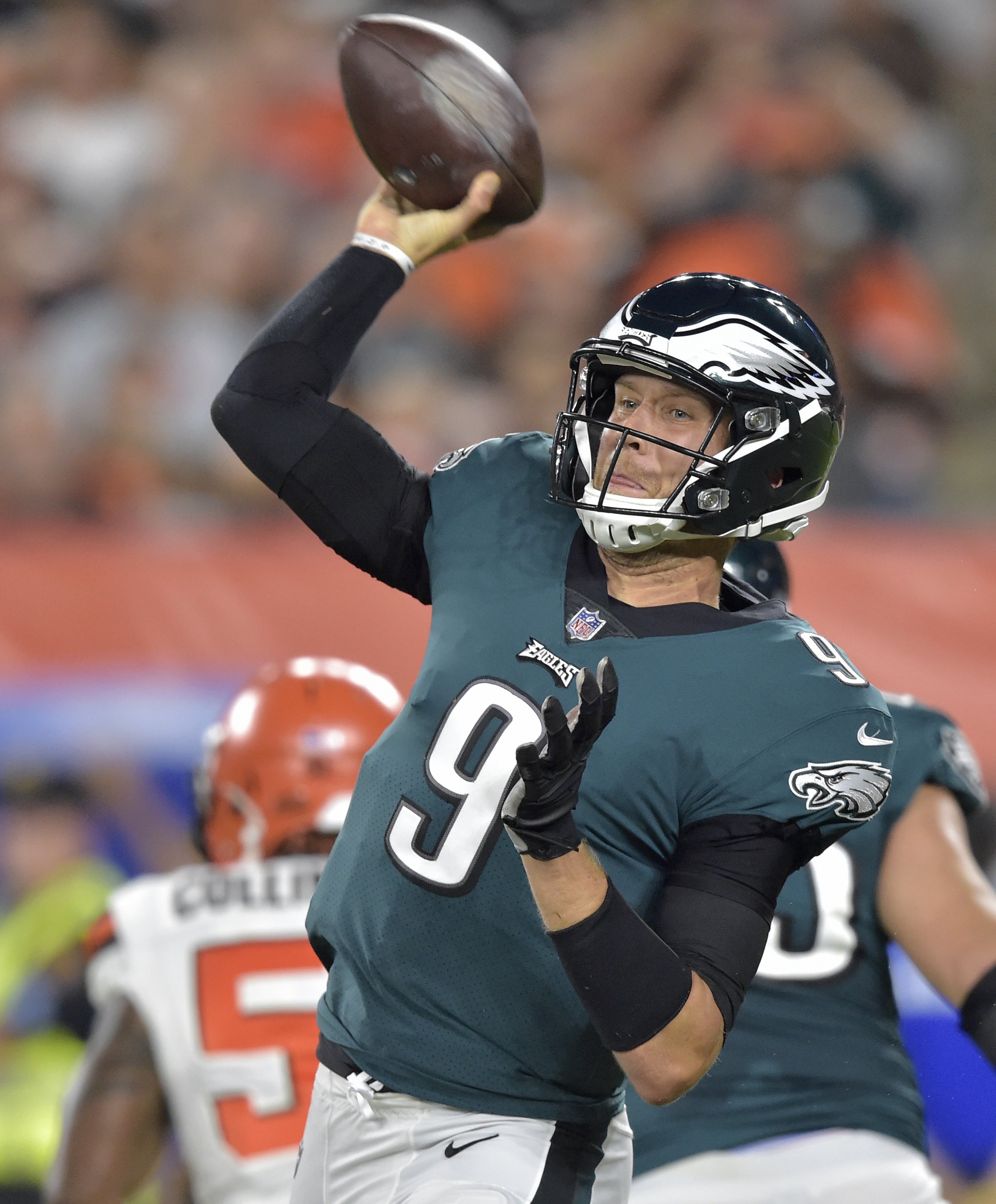 NEW ORLEANS — Saints coach Sean Payton dismisses the premise that the Eagles could derive extra motivation from the widespread perception that New Orleans ran up the score on them when they met in November.

“My question would be: We’re all playing hard in these divisional playoff games, right?” Payton began, referring to Sunday’s rematch in the divisional round of the NFC playoffs. “Are you going to play harder” because of a perceived slight?

Still, Payton expects a more competitive affair than the Saints’ 48-7 blowout of the Eagles on Nov. 18, which gave Philadelphia the dubious distinction of becoming the first reigning Super Bowl champion to lose by that wide a margin in the following regular season.

The Eagles (10-7) appeared to be sinking fast when their loss in New Orleans dropped them to 4-6. But they’ve rallied to win six of seven since, including a road victory against the Los Angeles Rams that helped New Orleans (13-3) capture the conference’s top seed.

“They’ve kind of been in a playoff role really going back to those games, needing to win to get in,” Payton noted. “So it’s impressive.”

Now the Eagles, who opened as 10-point underdogs this week, can ruin the Saints’ Super Bowl dreams with a second straight road upset.

“We’re looking forward to it,” Eagles tight end Zach Ertz said. “We’re a completely different team than we were seven weeks ago. I don’t think the team that showed up on that Sunday is even remotely close to the team that we are right now.”

Such a lopsided loss in New Orleans could have resulted in finger-pointing and a fractured locker room, Ertz suggested. Instead, Ertz said, “It was a rallying point for our season.”

The Eagles survived last week’s wild-card round with a 16-15 victory in which quarterback Nick Foles — who’s won four straight starts since taking over for injured starter Carson Wentz — engineered a late scoring drive capped by a fourth-down touchdown pass. And that only stood up after Chicago kicker Cody Parkey’s “double-doink” miss on a field-goal attempt that hit both the upright and crossbar in the final seconds.

Philadelphia likely will need more offense in the Superdome, where the Saints averaged 37 points in Drew Brees’ seven home starts before the record-setting QB got a rest day during the club’s anti-climactic regular-season finale.

Some other story lines surrounding the third Eagles-Saints playoff clash since Payton and Brees joined forces in New Orleans in 2006.

The Eagles have won 19 straight games when they score in the first quarter, including 7-0 this season. They scored on a field-goal drive last week in the first quarter. It’ll be even more important to score early against the high-powered Saints. New Orleans is 5-0 when leading after one quarter, 9-0 when leading at halftime and won eight times by double-digit margins.

“We are starting the games better now over the last six, seven games,” Eagles offensive coordinator Mike Groh said. “Defense is doing a really good job getting off the field early in the game. We’re able to get the lead.”

Coach Doug Pederson has deferred the kickoff to the second half whenever the Eagles have won the coin toss. Perhaps he’ll reconsider if he wins the toss this week.

Several prominent Saints players haven’t played in more than two weeks. Brees, who completed an NFL single-season record 74.4 percent of his passes, and dynamic running back Alvin Kamara, who had 1,592 yards and 18 TDs from scrimmage, were both healthy scratches in Week 17.

“Our O-line being healthy, back to pretty much 100 percent, guys are just excited, rejuvenated and ready to play,” Kamara said.

Armstead has yet to confirm he’ll be ready, but he practiced this week and said with a smile, “I feel good about Sunday.”

Both teams are adept at using running backs as receivers. Kamara (81 catches, 709 yards) is New Orleans’ second-leading receiver behind Michael Thomas. Mark Ingram also has been effective on screens for New Orleans.

Meanwhile, the Saints anticipate the Eagles to look for former Saints running Darren Sproles, who, like Foles, did not play in the previous meeting.

“Darren has got incredibly good instincts on setting up some of these screens,” said Payton, who employed Sproles similarly from 2011-13. “Quite honestly, we haven’t been as good this year as we have in other years in that area, but a lot of it depends on the opponent you’re playing.”

Although All-Pro defensive linemen Aaron Donald (20½ sacks), J.J. Watt (16) and Khalil Mack (12½) combined for 49 sacks this season, they were all held without a sack against Philadelphia.

“Any time that we hear a lot about our opponent, especially the guys up front, it just seems like our guys have really embraced that opportunity and embraced the challenge,” Pederson said.

Having Peters and Johnson at the tackle spots allows Pederson to let those guys man-up against opponents’ premier pass-rushers instead of using tight ends on double teams.

“As a play caller it makes it a little easier because they are playing well, and they are controlling the line of scrimmage,” Pederson said. “The more guys you can put into a route, obviously, more opportunities for completions.”