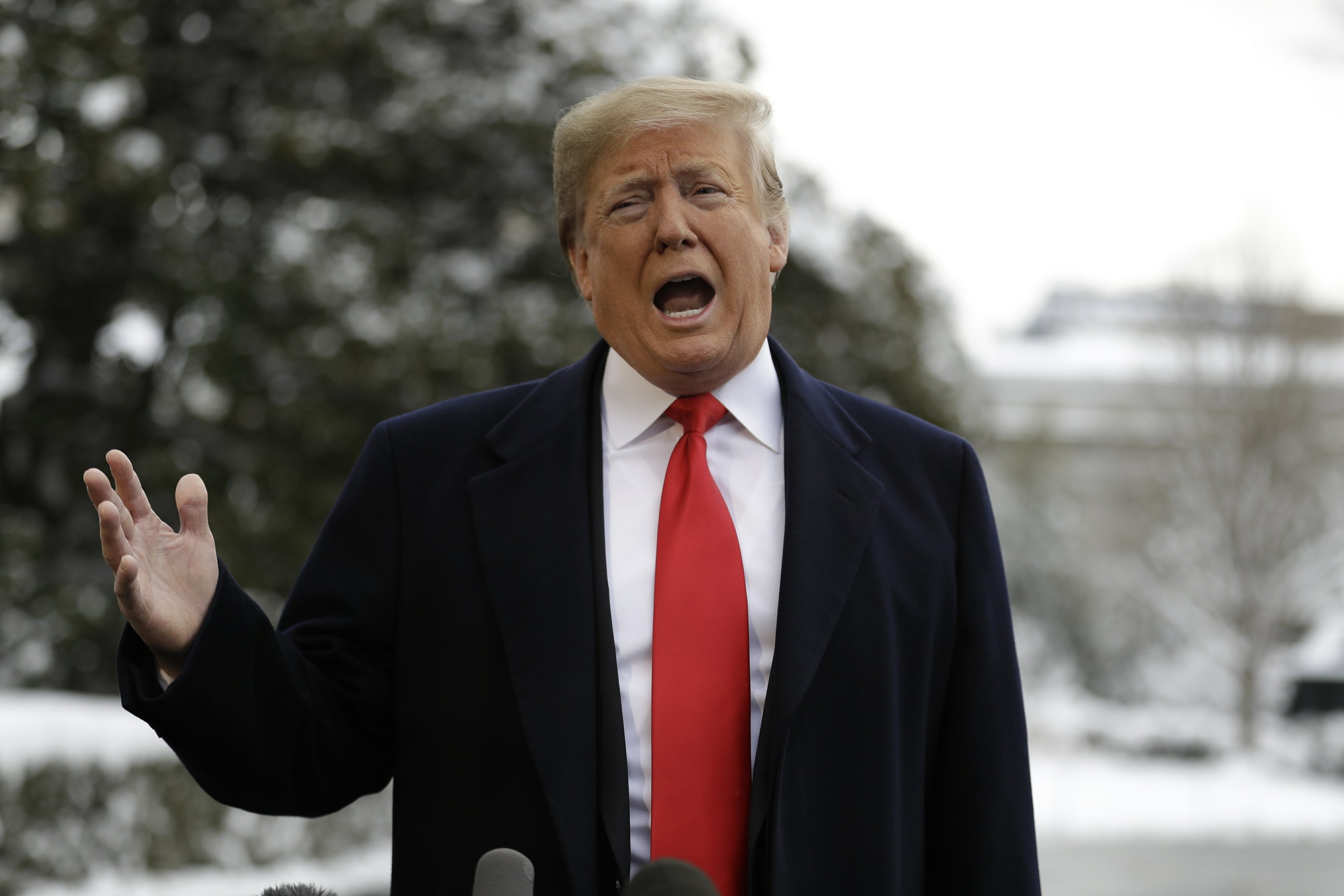 WASHINGTON — President Donald Trump denied Monday he ever worked for Russia, answering a question he declined to directly address over the weekend.

Speaking from the South Lawn before departing the White House for New Orleans, Trump called former FBI and Justice Department officials “known scoundrels” and “dirty cops.” He was reacting to a New York Times report that law enforcement officials began investigating, in 2017, whether Trump had been working on behalf of Russia against U.S. interests.

“I never worked for Russia,” he told reporters. Trump didn’t directly answer the question in a Saturday Fox News interview.

Trump went on to assert that no president has taken a harder stance against Russia than he has.

“If you ask the folks in Russia, I’ve been tougher on Russia than anybody else, any other … probably any other president, period, but certainly the last three or four presidents,” he said.

White House aides expressed regret over the weekend that the president did not more clearly and forcefully deny being a Russian agent when asked by the usually friendly Fox News host, according to three White House aides and Republicans close to the White House. The three spoke on condition of anonymity because they were not authorized to discuss private conversations.