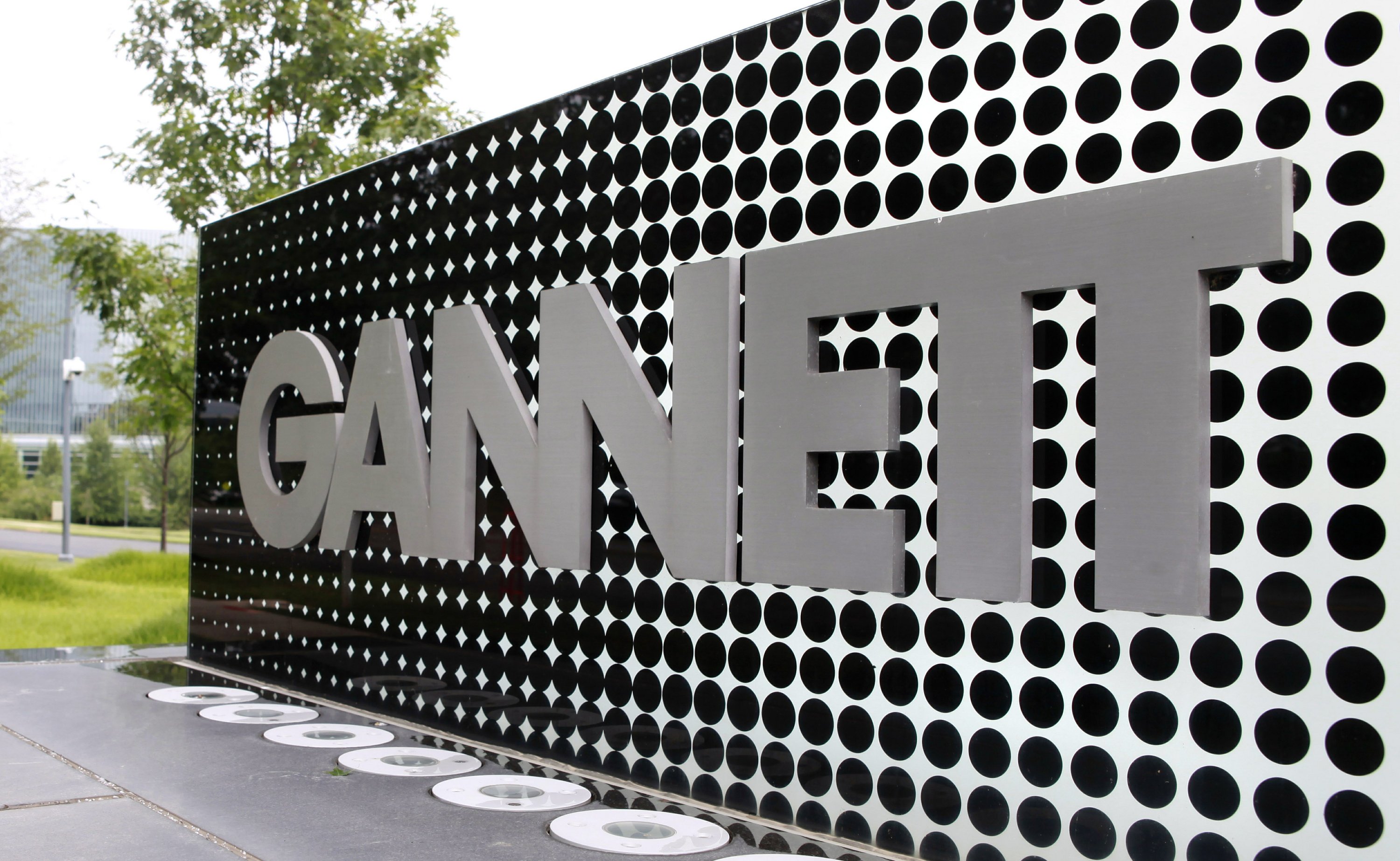 NEW YORK — A hedge fund-backed bid to buy Gannett Co., the publisher of USA Today and several other major dailies, is renewing fears of consolidation and job losses — as well as a decline in the quantity and quality of news coverage — in the already battered newspaper industry.

MNG Enterprises, better known as Digital First Media, offered $1.36 billion on Monday for Gannett, saying in a letter that it can run the company more profitably via tight cost controls and consolidation of operations such as printing and administration.

Gannett said its board will review the proposal.

Investors gave the deal a vote of confidence, immediately pushing Gannett stock up more than 20 percent to almost $12, the amount Digital First is offering.

The proposed deal is the latest indication newspapers aren’t done suffering from the punishing effects of the internet. Over the past decade, U.S. papers have struggled as giants like Google and Facebook siphoned off readers and advertising dollars.

Many publications have already made dramatic cuts in their newsroom staffs and scaled back coverage. Even then, acquirers still often swoop in and make even deeper cuts. In July , for example, Tribune Publishing, then known as Tronc, cut half of the New York Daily News’ newsroom staff, including the editor in chief.

Digital First has a reputation for especially ruthless cost-cutting.

The takeover bid is “very bad news for anybody who works for a Gannett paper or reads a Gannett paper,” said Dan Kennedy, a journalism professor at Northeastern University in Boston. “Gannett is a publicly traded company, of course, and it runs its properties pretty lean, but nevertheless they have a reputation for offering a certain degree of quality.”

“Digital First is really the most avaricious of the newspaper chains these days,” and is “unique in the degree to which it is willing to cut” costs and jobs, Kennedy said.

Digital First is one of the biggest U.S. newspaper chains, with about 200 papers and other publications, including The Denver Post and the Boston Herald. Its biggest shareholder is Alden Global Capital, a New York hedge fund that invests in distressed companies.

Gannett publishes more than 100 papers around the country, including USA Today; the Detroit Free Press; The Record in New Jersey; The Tennessean in Nashville; the Milwaukee Journal Sentinel; the El Paso Times; The Des Moines Register; and the Arizona Republic.

USA Today’s daily circulation was 3.1 million in 2017, down from 3.6 million in 2016, a count that includes both print and digital readers.

Gannett has faced declining profits for years. Its annual profit fell 97 percent to $6.9 million between 2013 and 2017, although the company spun off part of its business during that period. In November, it cut its 2018 profit and revenue forecast . Its CEO, Robert Dickey, announced plans to step down by May.

Digital First faced an outcry from employees about cutbacks at other papers it has bought. In April, the Denver Post ran an editorial headlined “As vultures circle, The Denver Post must be saved.” It called on Alden Global Capital to sell the paper after it cut 30 more positions in the newsroom. Then in May , three top figures at the Post, including its former owner, resigned amid budget and staff cuts.

Some fear a takeover of Gannett would cause a decline in quality journalism at a time of political turmoil and increasing antagonism toward the media.

“If Digital First acquires Gannett it will be good for their business but bad for everyone else, including employees that work at Gannett papers and the local communities that those newsrooms serve,” said Victor Pickard, communications professor at the University of Pennsylvania.

The move would “hurt our democratic society at a time when we need more journalists, not fewer. DFM has a well-deserved reputation for being ‘vulture capitalists’ because they bleed these already-suffering papers dry and pick over their bones for profits.”

Gannett could reject the Digital First offer, but as the industry contracts, it is likely to face consolidation of some sort.

Ken Doctor, a news industry analyst at Harvard’s Nieman Lab, suggested it might consider a combination with a rival newspaper company such as Tribune Publishing. That would mean cost-cutting as well, but perhaps not as severe as what Digital First might undertake.

“From a journalistic point of view, they want to maintain the quality of the newsroom as much as they can, even though both companies would cut dramatically,” Doctor said.