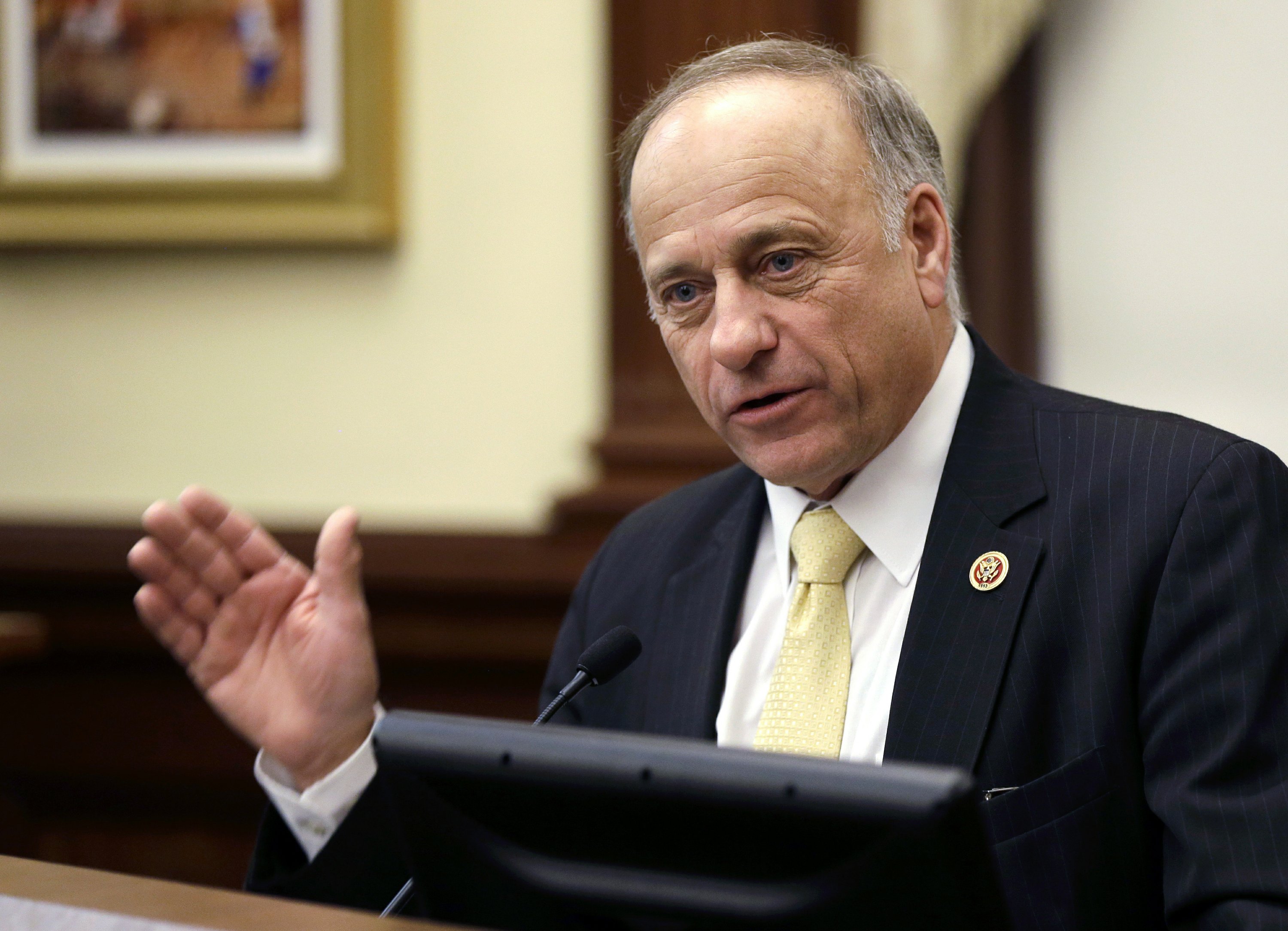 WASHINGTON — A senior member of the Congressional Black Congress promised Monday to introduce a formal punishment for Rep. Steve King over his latest remarks on white supremacy.

Rep. Bobby Rush, D-Ill., said his censure resolution against King would announce to the world that Congress has no home for “repugnant and racist behavior.”

“As with any animal that is rabid, Steve King should be set aside and isolated,” Rush said in a statement that also called on Republicans to strip King of his committee memberships until he apologizes. The text of the censure resolution, which is not finalized, lists several examples of King’s remarks, beginning with comments in 2006 in which he compared immigrants to livestock and ending with his lamentation in the New York Times last week that white supremacy and white nationalism have become offensive terms.

Rush’s proposal was the latest twist of pressure on the nine-term congressman. On Friday, House Speaker Nancy Pelosi said there was “interest in doing something” — unspecified — to respond to King. Rep. Tim Ryan, D-Ohio, also said he intends to introduce a censure resolution against the Republican.

House Minority Leader Kevin McCarthy said on CBS’ “Face the Nation” on Sunday “action will be taken” against King. After the cameras were off, McCarthy told host Margaret Brennan he was reviewing whether King, now serving his ninth term, should keep his committee assignments, according to CBS’ transcript of the broadcast.

King on Friday suggested he’s been misunderstood. He said the foundation of the Times interview was partly a Sept. 12 tweet in which he wrote: ”‘Nazi’ is injected into Leftist talking points because the worn out & exhausted “racist” is over used & applied to everyone who lacks melanin & who fail to virtue signal at the requisite frequency & decibels. But…Nazis were socialists & Leftists are socialists.”

On Friday, King said on the House floor that the interview with the Times “also was discussion of other terms that have been used, almost always unjustly labeling otherwise innocent people. The word racist, the word Nazi, the word fascist, the phrase white nationalists, the phrase white supremacists.”

King said he was only wondering aloud: “How did that offensive language get injected into our political dialogue? Who does that, how does it get done, how do they get by with laying labels like this on people?”

South Carolina Sen. Tim Scott, who is the only black Republican in the Senate, cast King’s remarks and those like them as a blemish on the country and the Republican Party.

“When people with opinions similar to King’s open their mouths, they damage not only the Republican Party and the conservative brand but also our nation as a whole,” Scott wrote in an op-ed last week in The Washington Post.

King’s views, Scott added, are separate from the conservative movement and “should be ridiculed at every turn possible.”

“Some in our party wonder why Republicans are constantly accused of racism — it is because of our silence when things like this are said,” Scott wrote.

King’s position in the GOP had been imperiled even before his remarks about white supremacy.

Shortly before the 2018 midterm elections, in which King was running, Rep. Steve Stivers, R-Ohio, then the head of the GOP campaign committee, issued an extraordinary public denunciation of him.

King has already drawn a primary challenger for the 2020 election: Randy Feenstra, a GOP state senator.