Desperate parents and discount marijuana: DC in a shutdown 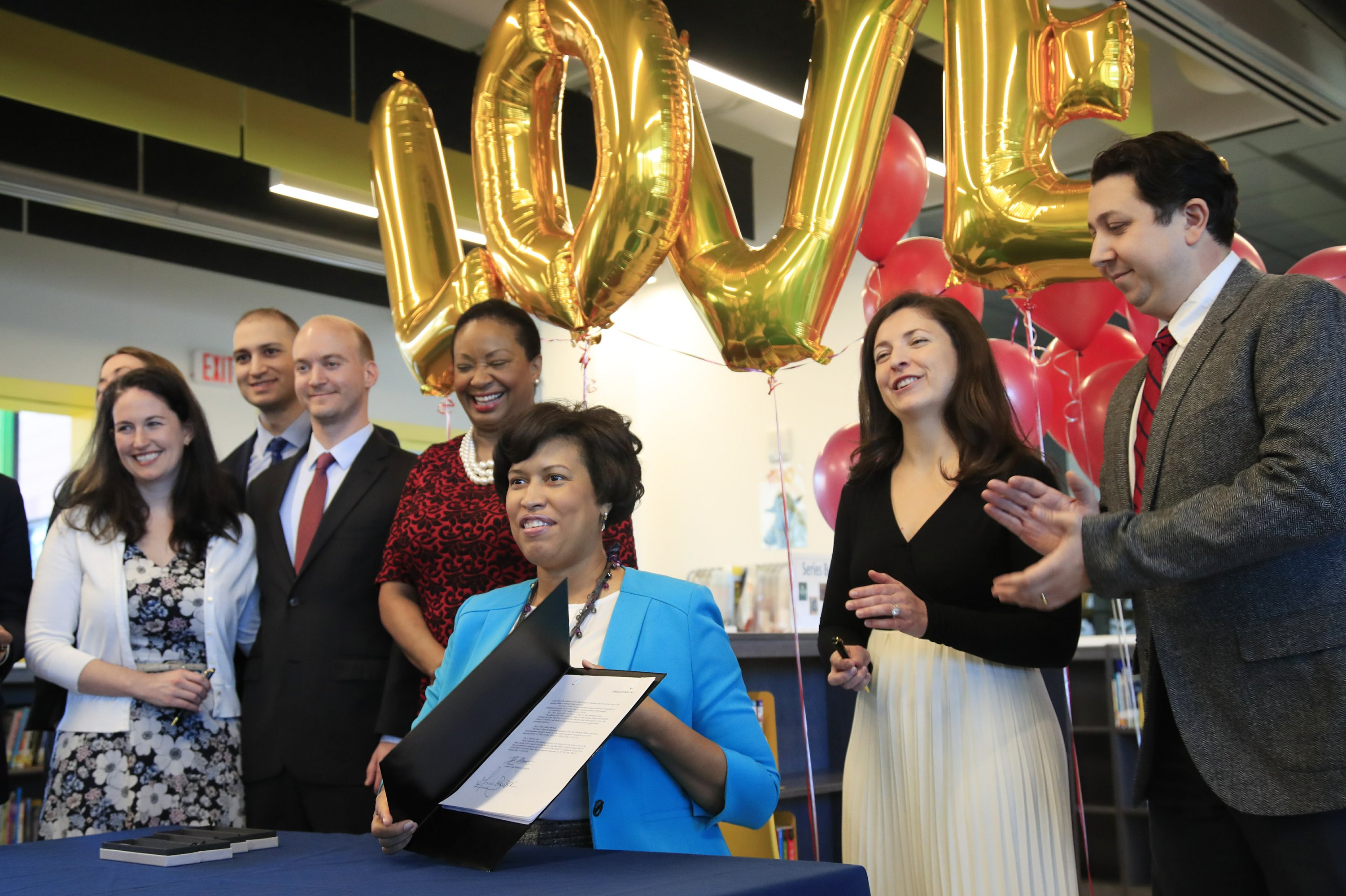 WASHINGTON — No city experiences a shutdown quite like Washington.

Besides the economic impact, a shutdown warps the nation’s capital on a cultural, recreational and logistical level — touching everybody from garbage collectors to young parents, prospective newlyweds to aspiring Eagle Scouts.

The current partial shutdown, now in a record fourth week, has also provided a quiet boon for Mayor Muriel Bowser’s government, which rushed into the void to claim unprecedented new powers while making a public show of literally cleaning up the federal government’s mess.

The economic situation is, of course, brutal. Recent surveys estimate that the federal government directly employs more than 364,000 people in the greater Washington area including northern Virginia and southern Maryland. The District of Columbia alone — population 700,000 — contains more than 102,000 jobs in agencies that are now without appropriations funding.

Deputy City Administrator Kevin Donahue made the analogy to the main plant shutting down in a factory town — with the subsequent knock-on effect through the service industries like restaurants, food trucks, entertainment and taxis.

“What keeps us up at night is not the work we know we have to do in weeks one and two,” Donahue said. It’s the unpredictable impacts of weeks four and five and onward, he said, with the potential for mass restaurant closures or residents missing payments on rent, mortgages, car loans or school fees.

Most immediately, the shutdown created a logistical and public health problem. The district is riddled with National Park Service land, ranging from the National Mall to urban green spaces like Dupont Circle and dozens of neighborhood parks.

Washington sanitation crews now empty the trash bins at 122 separate NPS sites — three times a day in the case of the bins at the National Mall. It’s costing at least $54,000 per week in overtime, and Donahue said there’s a handshake agreement dating back to previous shutdowns that Washington will be compensated when the government reopens. The NPS recently announced it would tap into other funds to resume its own trash pickup at some — but not all — of the Washington sites.

“There’s a past practice of reimbursement,” Donahue said. “But they don’t have a legal obligation to compensate us.”

Given Washington’s tortured relationship with the federal government, which can essentially alter or block any local law, city officials have seemingly relished the chance to highlight the ironies of the moment. They frequently claim they are treated by Congress as if they can’t handle their own affairs; now they’re taking over and covering for a dysfunctional central government.

“When the federal government shuts down, we step up,” Bowser said during a Jan. 4 news conference with Washington’s nonvoting congressional delegate, Eleanor Holmes Norton, to announce a renewed push this year for district statehood.

The shutdown cuts a cultural swath through the lives of city residents. The entire Smithsonian network of museums, including the zoo , closed their doors about a week into the shutdown, and quasi-federal entities like the John F. Kennedy Center for the Performing Arts have severely cut back their hours.

On a recent weekend, the usual Saturday morning kids’ drumming workshop at the BloomBars cultural center in Columbia Heights drew nearly triple the usual crowd, with parents and strollers lined halfway up the block in the rain. The reason: desperate parents searching for something to occupy their kids in a city where more than a dozen free museums and the zoo have been shuttered.

“It happens every time,” laughed BloomBars founder John Chambers, who recalls an identical spike during the 16-day 2013 shutdown. “But this time it feels like there’s more of a panic among people because (this shutdown) genuinely seems open-ended.”

The district is littered with shutdown specials — offering furloughed federal employees discounts on everything from food and drink to live theater and medical marijuana .

Examples of unexpected shutdown fallout are all around. High school senior Yosias Zelalem was all set to secure his Eagle Scout rank with a project to repair park benches along the Mount Vernon Trail. But his liaison at the NPS has been furloughed and the project is frozen.

“I didn’t really think about it until New Year’s came and went,” said Zelalem, who needs to complete the project before he turns 18 on March 27. “I honestly didn’t expect it to go on this long. Now everybody’s talking like this could go for months.”

One of the more random side-effects of shutdown: the closure of the marriage bureau.

Bowser told The Associated Press that even she was surprised to learn that local couples couldn’t get their marriage licenses because Congress funds the local court system. Divorce proceedings, however, were unaffected.

Bowser quickly tapped allies on the Council of the District of Columbia to pass emergency legislation called the Let Our Vows Endure (LOVE) act, which granted her administration the right to issue marriage licenses. In addition to an enjoyable public victory that drew national attention, Bowser’s administration just stepped into the federal void to claim a whole new power ahead of an impending district statehood push.

At a recent event to sign the LOVE act into law, Bowser — flanked by grateful newlyweds — said, “Just so my team knows, we’re probably going to want to keep that power.”

Nobody laughed and she didn’t seem to be joking.